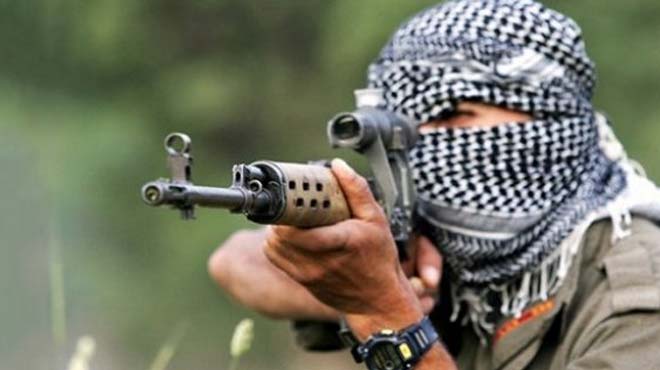 The recent discovery of a dedication to Armenian terrorists engraved on the grave of TİKKO militant Orhan Bakırcıyan caused a minor controversy.[1] Among the names listed were those of individuals such as Andranik Ozanyan who had committed massacres against civilians in eastern Anatolia during World War One, and ASALA leader Monte Melkonian.[2] The monument was eventually removed upon the initiative of civil society organizations.

The relationship between the Turkish left on one hand, and Armenian and Kurdish nationalists on the other is not new. The political line of Bakırcıyan’s organization TİKKO is notable for its opposition to Kemalism and the Turkish nation building project. TİKKO’s founder İbrahim Kaypakkaya was one of the first leftist leaders to categorize Kemalism as ‘fascism’ and to introduce the Armenian issue into political discourse.[3] The foundations laid by Kaypakkaya still shape much of the Turkish left’s views on the Armenian issue.

This article argues that the Kurdistan Workers Party (PKK) emerged as an integral part of the Turkish left and its views on the Armenian issue have been shaped in accordance with the ideological current developed by Kaypakkaya.[4] Resultantly, the PKK’s cooperation with Armenian terrorists was not strictly based on tactical necessity.

The desire to bring attention to the claims that the Ottoman Empire committed genocide against its Armenian population in 1915 initially found expression in the armed activity of groups such as the PKK, ASALA (Armenian Secret Army for the Liberation of Armenia), and the Justice Commandos of the Armenian Genocide from the mid-1970s onwards. According to the published notes of a joint press conference conducted by ASALA and the PKK in 1980, the two organizations had reached an agreement on issues including the foundation of a federal state and had also agreed to conduct joint armed actions against Turkey.

While the PKK had not yet begun armed activity in Turkey, at the beginning of the 1980s a number of bomb attacks against Turkish diplomatic missions in Europe were claimed in the joint name of the PKK and ASALA. The leader of ASALA, Melkonian, while imprisoned in France had made a public call for the foundation of a joint “Turkish, Armenian and Kurdish” terrorist organization. The following year, ASALA spokesperson Agop Agopian stated that ASALA was “fighting side by side with Kurdish revolutionaries.” Similarly, the Turkish daily Milliyet (15.2.1985) quoted ASALA figures Agopian and Jean-Marc ‘Ara’ Toranian as stating that ASALA was working “not just with the PKK,” but with other outlawed terrorist organizations in Turkey. The importance of cooperation with Kurdish and Turkish groups was emphasized in leading article published in the Turkish language supplement of ASALA’s Hay Baykar (Armenian Struggle) which stated “to understand each other, to make our case heard in the name of one million martyrs, to struggle in the name of the downtrodden Turkish, Kurdish and Arab peoples we must organize the masses and create ideas.”

ASALA officially conducted its first armed action inside Turkey in 1982 with an assault on Ankara’s Esenboğa Airport that resulted in the death of nine civilians. One of the perpetrators, Levon Ekmekjian, was captured alive, while the other ASALA terrorist was neutralized by the security forces. It is noteworthy that while under interrogation, Ekmekjian is alleged to have claimed that the PKK provided assistance to ASALA in planning the attack (Milliyet, 14.09.1984).

Ekmekcian was sentenced to death for his role in the attack. With the return of his remains to his family in 2014, efforts were undertaken to present Ekmekjian as an innocent of the 1980 military coup in Turkey. In an article published in the Agos weekly, Füsun Erdoğan called for “revolutionaries to apologize” for neglecting Ekmekjian’s case.[5] The necessary legal work to have Ekmekjian’s remains returned to his family was conducted by Eren Keskin,[6] a former columnist of the PKK aligned daily Özgür Gündem and the head of the Istanbul branch of the Human Rights Association.

The “armed struggle” of the PKK officially began on 15 August, 1984. Immediately after the PKK’s first action on Turkish security forces, the Turkish media began to speculate that the arms used were procured by ASALA. The PKK’s Serxwebûn magazine (September 1984) immediately sought to refute these allegations. However, it should be noted that two members of the Justice Commandos were killed in a premature explosion while preparing to conduct an attack near Topkapı Palace in Istanbul in the very same period. The Justice Commandos had previously launched attacks on Istanbul’s airport and train station in the 1970s. Similarly, ASALA had also previously conducted attacks inside Turkey.

In an article published in the July, 1983 issue of Serxwebûn magazine, the PKK objected to ASALA’s deliberate murder of civilians, but continued by calling for ASALA to join the ranks of the PKK in the spirit of a “partnership of fate.” Just one month previous, ASALA had conducted an attack on the Grand Bazaar in Istanbul resulting in the death of a 14 year old boy. On the suspicion that he played a role in the planning of this attack, Behçet Cantürk, an underworld figure linked to the PKK, was tried but acquitted. Cantürk had previously travelled to Syria in 1981 with the intent of convincing Armenian and Kurdish terrorist organizations to cooperate in the trafficking of narcotics.[7] When Cantürk died in 1994, PKK leader Osman Öcalan commemorated him as a “patriotic businessman.”

The PKK officially began to organize in the Republic of Armenia in 1992. These organizational efforts were led by the very same Osman Öcalan. It is noteworthy that in an article dedicated to the memory of an Armenian who died while conducting terrorist activity in Turkey, Serxwebûn (August 2001) stated that the “Kurds and Armenians are two Aryan peoples who have lived together in the same geography and who share a common culture and history.” This racist theory is close to that of the Hoybun organization established in 1920s Syria by Kurdish nationalists and the Dashnaks which argued that the Turks were racially impure compared to Kurds and Armenians, and therefore needed to be removed from the region. The PKK’s activity in Armenia has furthermore been recorded in the leaked diplomatic documents of the United States by Wikileaks.

In the cross-border operations conducted in Northern Iraq in October 1984, the Turkish army destroyed camps belonging to both ASALA and the PKK. While this may have temporarily caused a halt to organizational cooperation, both groups were able to relocate their training operations elsewhere. After ASALA eventually began to descend into feuding by the mid-1980s, Michael Gunter notes that in the years 1985-1986 members of the Justice Commandos provided instruction in bomb making in PKK training camps.

Uğur Mumcu, one of the foremost researchers of relations between ASALA and the PKK, was warned in the organization’s Serxwebûn magazine (June 1987) that he was searching for links which didn’t exist. Yet upon closer examination of both organization’s publications, there is clear evidence of organizational and ideological links. Most telling, in an interview published by Serxwebûn in July 1998, PKK leader Abdullah Öcalan openly supported cooperation between Kurdish and Armenian groups and praised a conference jointly organized by the PKK and the Dashnak’s branch in the Lebanon. The struggle is no longer pursued with weapons, but with ideas.

[1] TİKKO is the Turkish acronym for the outlawed Turkish Workers and Peasants Liberation Army terrorist organization founded in 1972. For more information on the organization, see: Andrew Mango, Turkey and the War on Terror: For Forty Years We Fought Alone (Oxon: Routledge, 2005), 19.

[3] For more information on Kaypakkaya, and his origins, see: Laure Marchand and Guillaume Perrier, Turkey and the Armenian Ghost: On the Trail of the Genocide (Montreal: McGill-Queen's University Press, 2015), 152.

[4] The Kurdistan Workers Party (PKK) was officially founded in 1978 in Diyarbakır. The formations which preceded the PKK were largely organized in Ankara as early as 1973. Joost Jongerden and Ahmet Hamdi Akkaya, "Born from the Left: the making of the PKK," in Nationalisms and Politics in Turkey: Political Islam, Kemalism and the Kurdish Issue, ed. Marlies Casier and Joost Jongerden (Oxon: Routledge, 2010), 128.

[7] For more information on the relationship between Kurdish and Armenian terrorist groups and their involvement in narcotics trafficking, see: Tarık Somer, "Armenian Terrorism and the Narcotic Traffic," in International Terrorism and the Drug Connection (Ankara: Ankara University Press, 1984), 19-32.