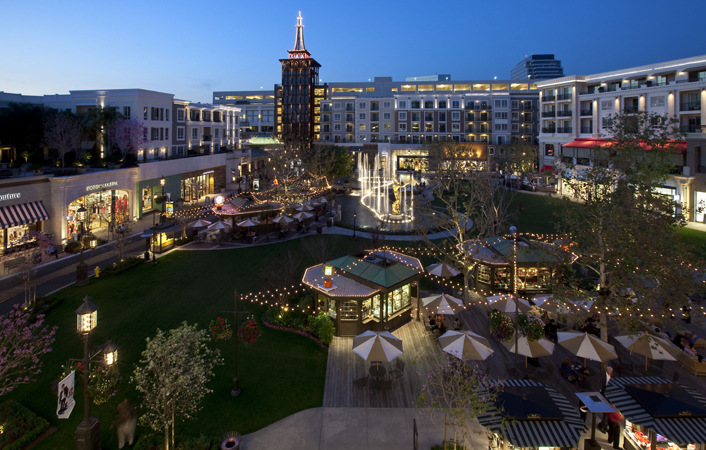 At the beginning of August the Armenian National Committee of America (ANCA) issued a statement claiming that the producers of the Architects of Denial documentary were denied the right to purchase advertising space at the Americana mall in Glendale, California. The statement noted that the mall administration found the content of the advertisements “too political” and therefore had rejected displaying them. The documentary in question, the Architects of Denial, is described by ANCA as providing a “crucial lens into Armenian Genocide, as well as the denial of these events by the Turkish government and several other political authorities.” ANCA described the rejection of the request for advertising space as a sign of “disdain to the residents of Glendale and an attempt to censor historical facts.”

When Americana's administration refused to buckle to the pressure exerted upon them by ANCA, the matter was raised with Glendale City Council on August 1. Thereafter, ANCA sent further letters to Americana urging them to rescind their decision to prohibit the advertising.[1] According to reports, the owners of Americana were unwilling to meet with ANCA representatives and left ANCA’s multiple letters unanswered.[2]

Americana publically insisted that the billboard violated the company’s principles which were to ensure that all members of the Glendale community feel welcome at their establishment. ANCA responded by claiming that Americana had “joined Turkey’s genocide denial campaign and is basing its advertising policy on the desires of a foreign, fascist, dictatorial state with one of the world’s worst records of human rights violations.”[3]

It should be noted that local public representatives of Armenian origin have also behaved in a highly partisan manner. Glendale Mayor Vartan Gharpetian was quoted as commenting that “people’s rights have been trampled upon,” further stating that the city will review its commercial relations with the company administering Americana. City councilmembers Vrej Aghajanian and Zarah Sinanyan also commented that the city should review its relations with the company, and that the company’s policies were the “direct result of an ill-conceived policy.” Other politicians such as State Senator Anthony Portantino provided testimony to Glendale City Council, urging the city to take “immediate action in resolving the matter.”[4]

Following this, ANCA planned a press conference to be held on August 16 that would announce a boycott campaign against Americana, citing their “utter lack of sensitivity toward the Armenian-American community and its decision to reject billboard space to an Armenian Genocide documentary.” ANCA’s efforts were supported by the Armenian Bar Association and other organizations such as the Armenian Youth Federation, the youth wing of the Armenian Revolutionary Federation.[5] Americana caved to the pressure the following day, according to ANCA the venue would henceforth permit advertising for and even screen the documentary at no extra cost to the producers.[6] It is noteworthy that a representative of Americana noted that while the advertising “was a violation of the city’s zoning,” the company nevertheless emphasized its willingness to work with the producers of the documentary to facilitate their request.[7]

The views of Armenian commentators are also worth noting. Garen Yegparian, writing in the Armenian Revolutionary Federation aligned Asbarez newspaper in an article entitled 'Carusoin’ for a Bruisin,’’ opened with the line “Yup, that’s what Rick’s askin’ fer.” The play on the phrase ‘cruising for a bruising’ in reference to Rick Caruso, the owner of Americana, clearly carries an implicit threat of violence. Yegparian continued by claiming that Americana illegally employed people of Turkish and Azerbaijani origin and encouraged the Armenian community to physically block access to the mall at the entrances and to picket Caruso’s home. Yegparian further argued these tactics should be utilized until Caruso desists from his “insulting anti-Armenian actions.”[8]

This is not the first time that the Armenian community in Glendale has clashed with Americana. In 2015, the Americana administration prohibited the sales of ‘Armenian genocide themed’ t-shirts, which resulted in “several hundred” Armenians holding a protest at the site. Public representatives once more were observed intervening in the issue.[9] The vendors also reportedly sued Americana for “denying their civil rights.”[10]

In sum, the extent to which the Armenian lobby and their affiliated publications can exert influence over private companies to compel them to act in breach of their own principles is a matter of concern for all citizens. As demonstrated above, the campaign waged by the Armenian lobby has featured highly partisan efforts to exert pressure on a private company by public representatives, the threat of pickets at the home of Americana’s owner and implicit threats of violence. Americana has caved under the pressure exerted upon them and has further agreed to facilitate the advertising of this documentary despite – by their own admission – it breaching Glendale’s zoning laws. Has Americana become a cold house for Turkish-Americans as a result of the political pressure exerted upon it?