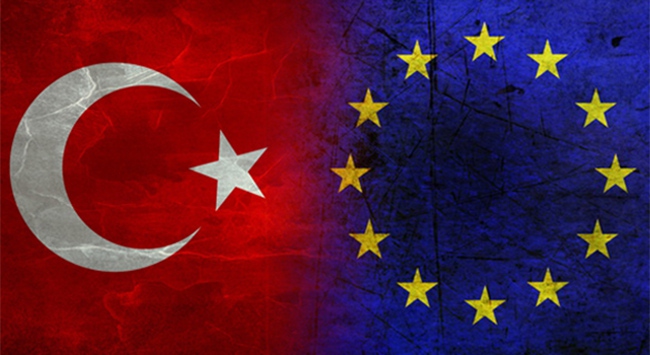 As it is known, recent days has been scene to tension between Turkey and certain European Union countries that led to some unwanted events and undesired developments.

AVİM holds the conviction that the underlying factor behind these negative developments between Turkey and EU-member states stem from anti-Turkey policies going back to three generations. Furthermore, the European Union’s recent statement that puts all the blame on Turkey instead of sharing some with its own members that exacerbated the tension between the sides is another indication that the EU finds these anti-Turkey policies excusable.

The anti-Turkish sentiments of the EU and its members at the risk of acting against the values they claim to promote nourishes the rising discriminatory, populist, xenophobic as well as racist politics in Europe, which are, in essence, against the EU project. On the other hand, this negative attitude also leads to disappointments in Turkey, which has taken significant steps in its process of accession to the EU and integration with Europe since 1963 as part of its aim to reach the level of contemporary civilization. It also raises doubts with regard to the real reasons and motivations behind EU’s stalling of Turkey’s membership.

At this junction, it is seen that the recent statements made in the face of the adverse attitude towards Turkey that compare recent implementations by several EU countries with the Nazi and fascist methods of the past have led to anger in these countries. This reaction is understandable, as these countries have put a lot of effort and overcame the dark chapters of their history. However, within this context, it should be also noted that Turkey is persistently being accused of a ‘genocide’ that contravenes historical facts. In addition to statements at the very high levels, a number of these countries have adopted laws/resolutions to impose label and impose the 1915 events as ‘genocide’. Therefore, the EU and member states that display sensitivities with regard to the revival of the past dark chapters are now expected to better understand Turkey’s sensitivities in the face of the ‘genocide’ allegations that have no historical or legal substance and the public indignation caused by such slanders.

AVİM hereby hopes that EU countries, instead of pursuing obstructive and discriminatory policies, embrace a more constructive attitude in their relations with Turkey, which has transcended from being the easternmost post of the West to having a central location in the emerging Eurasia to be able to provide the nexus of Europe, the Caucasus, Central Asia and the Pacific. It should also be remembered that Turkey is awaiting a positive response with regard to its long-standing membership application to the EU since the signing of the Association Agreement in 1963.