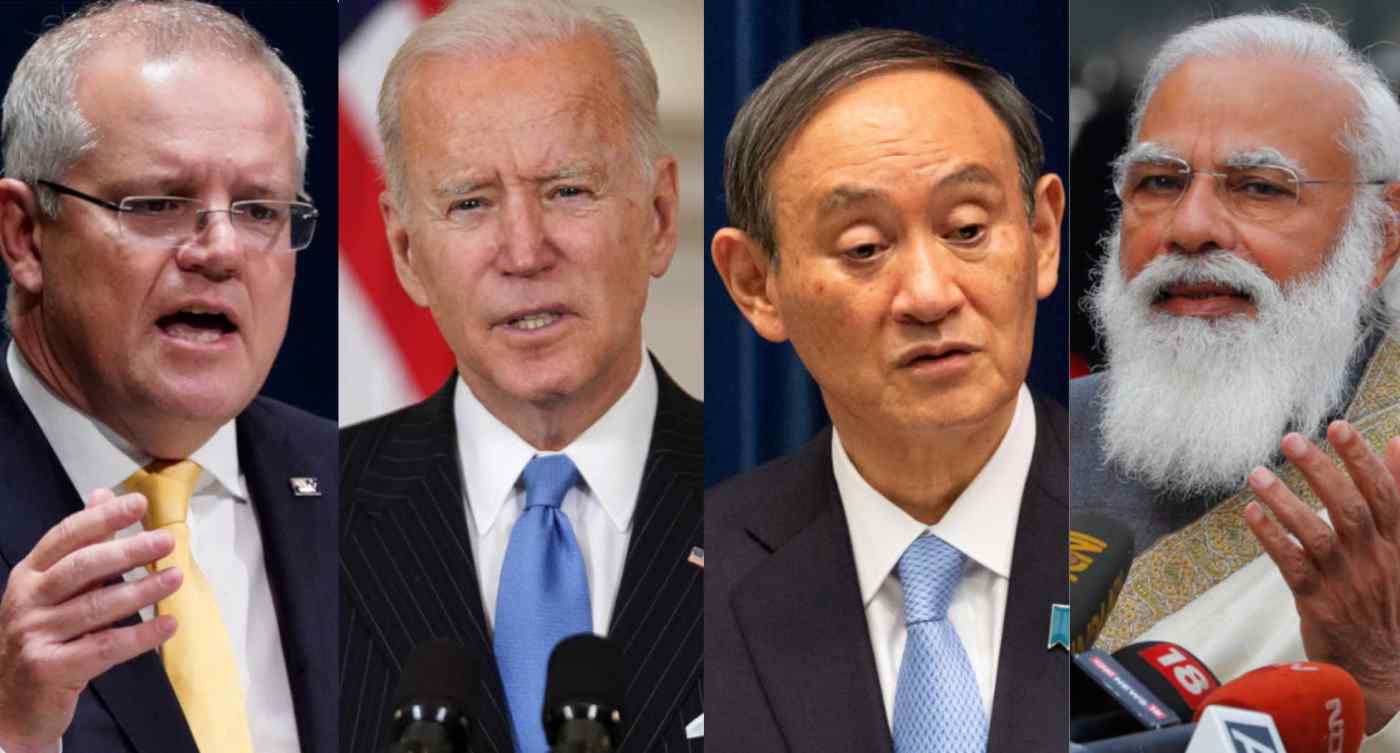 The Quadrilateral Security Dialogue (QUAD) summit, comprising the United States, India, Japan, and Australia took place on 12 March. The recent revival of QUAD, which was founded in 2007 and reestablished in 2017 but remained as an ineffective initiative, is due to the uneasiness over China’s rise and the security threat it is perceived to pose to the international order. However, there was no direct reference to military security considerations against China in QUAD’s first joint statement. Rather, the most important results of the summit were related to COVID-19 vaccine production, facilitating cooperation on emerging technologies, and preventing climate change.[1] In addition, it was agreed to create a supply chain to reduce China’s monopoly in high-tech industries ranging from mobile phones to radars.[2] Yet, it is no coincidence that the pace of QUAD meetings and military exercises has increased in recent years as China has begun to exploit its East Asian neighbors and encroach on the Indian Ocean region.[3]

Regardless of China’s economic and military rise coupled with its human rights violations and autocratic form of government, all four QUAD countries continue to be deeply intertwined with the Chinese economy, as China is their largest trading partner. This increasing strength of China in military, economic, and technological terms deepen the competition felt by the US and it may find itself increasingly isolated if it continues its fight with China. Instead of dealing with China’s political-economic, diplomatic, and technological development through armed combat or threats, the US has turned to the aim of determining common policies with countries that it can trust in Asia through initiatives such as the QUAD.[4] In terms of military power, China poses a technologically advanced threat to US interests in South Asia, the South China Sea, and the East China Sea. In terms of the economy, China is a major player in global supply chains and it is currently the top vaccine supplier. It is a rapidly rising power that has reached large capital and investors globally through the Belt and Road Initiative. As the joint statement focuses on establishing working groups on vaccine development and critical technologies, QUAD aims to inhibit the shifting of the global order to China.[5]

In line with these developments, the US Joe Biden administration is trying to increase the power of the US by establishing closer relations with the allies in the Asia-Pacific. At the virtual QUAD summit, Biden stated that his strategy to face up to the Chinese challenge is to reinforce ties with democratic countries in the effort to make China play by the international rules and to make the US ready for the “Fourth Industrial Revolution” for which Beijing has been making substantial investments. “We will have strong competition, but we insist China play by international rules: fair competition, fair practice is fair trade” he added.[6]  In his speech, Biden also described Chinese President Xi Jinping as a “smart, smart guy” who “doesn’t have a democratic – with a small ‘D’ – bone in his body.

After the speeches at this meeting, China’s reaction to QUAD was swift. The Chinese Foreign Ministry spokesman accused the group of undermining China’s interests. Meanwhile, the Chinese Defense Ministry said the group “hangs on to Cold War mentality, pursues group confrontation, is keen on geopolitical games, uses the so-called China challenge as an excuse to form cliques, and openly incites discord between regional countries.” Some commentators have described QUAD as a platform that cannot speak with one voice and lacks a true institutional structure. Others fear it might turn into an Asian NATO that will provoke China’s backlash. Therefore, QUAD has been the focus of concerns and criticism in China.[7] The formation of QUAD as a mechanism to stop China’s global rise is seen as the proof that China has the potential to gain strength in the near future that will rival and perhaps surpass the US.

Without a strategy to fill China’s economic role in the region, there will be no prospect for achieving an effective balance of power in the Indo-Pacific. Beijing’s use of economic pressure is evident in its harsh attitude towards India and Australia. This situation has pushed the QUAD economies to create new economic integration models. Accordingly, the Supply Chain Resilience Initiative, launched by India, Japan, and Australia in September 2020, heralded QUAD’s upcoming economic focus. Despite QUAD’s intentions and policy initiatives, it is not easy to reduce China’s economic presence in the Indo-Pacific. Among the world’s largest economies, only China has managed to record a positive growth rate in 2020, with exports at an all-time high. Beijing’s ratification of the Regional Comprehensive Economic Partnership (RCEP) and the Comprehensive Agreement on Investment with the EU was another signal of its determination to become the central economic power of the region. Nevertheless, QUAD will be a useful coalition in the long run, as it pays attention not only to the balance of military power in the region but also to economic power.[8]

Ultimately, QUAD’s determination to challenge China’s monopolies and create new patterns of economic integration sends a signal to Beijing that the QUAD’s members are willing to suffer short-term losses to reduce their vulnerabilities in the long run. QUAD will also address the skepticism expressed by ASEAN and other countries in the region, which has the potential to destabilize the precarious balance of interests vis-à-vis China in particular.[9] The renewed focus on rallying against China reflects the shifting balance of power. In sum, QUAD is an initiative that has the potential to threaten China’s hegemony in the region so long as its members manage to act in unison.

[1] Sumitha Narayanan Kutty and Rajesh Basrur, “The Quad: What It Is – And What It Is Not: The Quad is no Asian NATO and that may be its greatest strength”, The Diplomat, March 24,2021, https://thediplomat.com/2021/03/the-quad-what-it-is-and-what-it-is-not/

[3] James Holmes, “Can the Quad Transform Into an Alliance to Contain China?”, The National Interest, March 21,2021, https://nationalinterest.org/feature/can-quad-transform-alliance-contain-china-180786

[8] “Will the Quad’s focus on vaccines, rare earths help it win friends in ASEAN?”

[9] “Will the Quad’s focus on vaccines, rare earths help it win friends in ASEAN?”