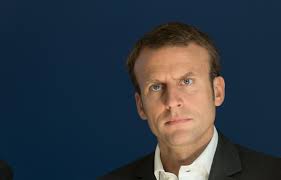 French President Emmanuel Macron made a statement about the 1915 Events at the annual gala dinner of the Coordination Council of the Armenian Organizations of France which is the umbrella organization of the Armenian diaspora in France.[1] Macron announced at the gala dinner on 31 January that Armenian genocide commemoration day will be registered in the national calendar.[2] Saying that the crime of genocide denial should be added to the agenda of the French Parliament again, Macron stated that the struggle for the recognition of the 1915 events as “genocide” is at the same a struggle for the fight against genocide denial. He added that it is therefore very important to add this issue to the agenda of French Parliament again in the forthcoming months.[3]

These statements by Macron were associated with the promises that were given during the election campaign for French Presidency in 2017 by the Armenian press. As it can be remembered, on April 24th, 2017 during his presidential campaign Macron mentioned that he would continue his support for the Armenian claims.[4] Macron’s statement on his intention to raise the criminalization of genocide denial after almost a year after the election campaign was interpreted by the Armenian press as a confirmation of his willingness to keep the promise. However, The Constitutional Council of France’s decision on “the denial of certain crimes” on Jan 27th, 2017, explicitly says that the legal arrangements towards the criminalization of “genocide” denial are unconstitutional. The Constitutional Council expressed that the legalization of historical events that are subject to historical debate causes uncertainty and that it is an unnecessary and disproportionate attack on the freedom of speech.[5] Less than a year after on this decision, which was a significant improvement for Turkey-France bilateral relations, Macron’s statement that he will bring back the issue to the parliament’s agenda, yet rejecting any demands to bring about accusations against Turkey is indeed a signal that there might be other reasons behind his statements.

In his speech, Macron, platitudinously and stereotypically called 1915 events as “first genocide of 20th century.”[6] However, it seems Macron seems to forget or ignore the German Empire’s massacres against Herero and Nama in Namibia between 1904 and 1908 as he makes these statements.

Events in Namibia came high on the agenda when in June 2016, Germany adopted a parliamentary resolution that characterized 1915 incidents as “genocide”, as debates on the recognition of the massacres between 1904 and 1908 in Namibia during which 90.000 people lost their lives as genocide became heated. Although Berlin did not officially give any answer to these allegations concerning Namibia, they could only reject the claims from a technical point of view. According to the German stance, the 1948 Genocide Convention holds non-retroactivity.[7] In addition, there has been no denial of the massacres and of orders given by the German authorities. Even in 2004, Wieczorek-Zeul, Federal Minister of Economic Cooperation and Development, made a personal “apology” during his visit to Namibia, expressing the responsibility for the events of the German Empire in Namibia. Considering Wieczorek-Zeul’s statement that these massacres could be defined as genocide in today’s literature, the term “first genocide of 20th century” seems applicable only with regard to the events in Namibia. On the other hand, there are deficiencies in both material and moral elements for calling 1915 events as genocide.[8] For this reason, French President’s statement on the “first genocide of 20th century” refers only to the dark side of the German history.