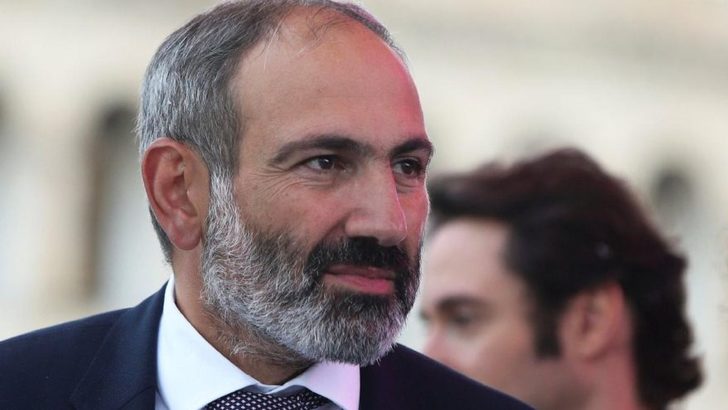 According to the statements made by Armenian sources, it has been understood that the charities given to Armenia by the Armenian diaspora in the United States in the past period was more than 1 billion$.

On September 23, 2018, Prime Minister Nikol Pashinyan visited the United States. During his visit, while meeting with the Armenian community, Pashinyan stated that they do not need charities but they could accept initiatives such as economic investment, infrastructure development, revitalization of business life, and efforts to increase Armenia's economic visibility that would yield results in the longer term.

Prime Minister Pashinyan righteously points out that Armenia needs economic investments and sustainable economic developments, not the charities, and that Armenia needs to progress economically. While expressing his views, Pashinyan's attempts to combat corruption that has spread over Armenia since the beginning of his position must be kept in mind. However, some communities That are a part in the administration of these charities

have been uncomfortable with Pashinyan expressing these views and have opposed; for example, his words placing emphasis on prioritizing investments rather than on direct grants. These communities, in their statements reflected in the press, affirmed that investments to Armenia should be continued, but argued that the grants should be carried on, because the impact of the investments will be felt only in the long term and that the money is needed to ensure the daily living of the people in this process. Again, the same communities argue that it is not possible for the people and the poor to maintain their lives in Armenia if the aids do not continue.

The reason why Pashinyan emphasized the investments instead of billions of dollars of aid provided to Armenia through unconditional grants is that the aid is not used in accordance with the purpose of the grant. Indeed, with Pashinyan coming to office, anti-corruption efforts have been initiated in many institutions, including working aid funds for Armenia. Among the aforementioned aid funds, especially those coordinating the support from the diaspora, those such as the Hayastan All Armenian Fund which was established in 1992 are noteworthy.[1] This fund coordinates the support of all 21 Armenian organizations in 19 countries.[2] After Pashinyan took office, the Hayastan All Armenian Fund President Ara Vardanyan was arrested in July 2018 on the grounds of corruption.[3]

Pashinyan underlined that in this process, the problems related to the future of the Hayastan fund will be solved and emphasized that the necessary arrangements will be made.[4] Haykak Arshamyan, who was a prominent activist in the field of civil society and democratization, was put in charge of the fund. He had promised to rehabilitate the fund in his first meeting with Pashinyan. It is important to note that a characteristic of the groups and people involved in such aids is being anti-Turkish and against the Turkish-Armenian reconciliation. It is also understood why these groups are involved in the assistance process. It is clear that they have benefitted from the aid provided by nurturing hostility against Turkey.

In the past, this support to Armenia through the Diaspora organizations and some radicals, did not go to the aid organizations they were intended to reach. The diaspora Armenians did not make any suggestions for fighting corruption in Armenia and did not criticize it. On the contrary, they maintained their mafia structures in the country with this support. Until Pashinyan came to power, the abuse of the support granted to Armenia was never criticized by the administration. Pashinyan has become the target of criticism as he has made such an attempt that could damage the interests of the diaspora. The record and quantity of the radical Armenian diaspora circles’ grants up until now are not clear. The biggest reason for the continuation of the mafia state in Armenia was this inestimable support of the diaspora. The members of the radical Diaspora have never made any sign of self-criticism about the support given to the mafia state in Armenia up to this day.

AVİM believes that the economic development of Armenia should be the main objective. Stability, good neighborhood policies and friendship in the Caucasus; can only be sustained with the settling of economic problems.

[4]“Hayastan All Armenian Fund to be transformed into organization of 21st Century and to Move Onto Online Platforms”, Arka.am,2 October 2018, http://arka.am/en/news/society/hayastan_all_armenian_fund_to_be_transformed_into_organization_of_21st_century_and_to_move_onto_onli/