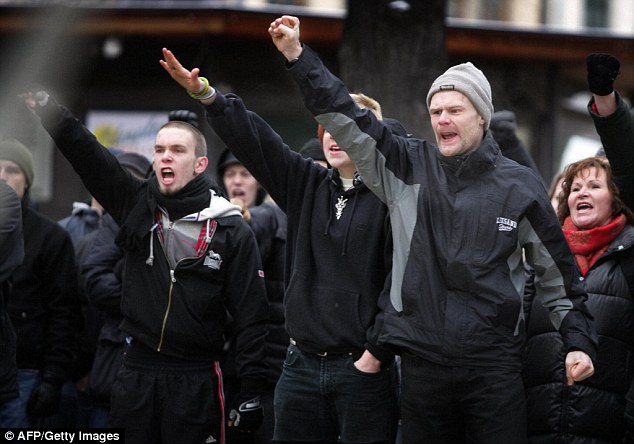 Xenophobia, which is intensifying with the rigid attitudes of Austria and the Netherlands, continues to increase throughout Europe. The populism of the far right that has been rising in Central Europe recently is becoming more powerful each day. Surveys conducted prior to the elections provide insight concerning the dimensions of xenophobia. In the latest election results in Sweden, each bloc, the center-right and center-left took %4o of the votes. The party that increased its votes was the far-right "Sweden Democrats Party" (Swedish: Sverigedemokraterna) with %18 of the votes.[1]

On September 14, 2014, the rate of participation to the parliament elections in Sweden was %83,3. In 2014, the Social Democratic Party (SAP or Social Democratic Workers' Party of Sweden) received %31,2 of the votes, the Moderate Assembly Party (M) %23,2 and the Sweden Democrats (SD) %12,9.[2]The Sweden Democrats Party came to power in the 2018 elections by gaining %5 more votes. This result shows that the recently increasing racism and Neo-Nazi movements have been supported in Sweden to a considerable extent. In fact, it is known that the origins of the far-right Swedish Democrats Party, which won the most of the votes in Sweden, are based on the Neo-Nazi movement.[3]The far right-wing anti-immigrant party the Sweden Democrats has a critical opportunity to form a government. In 2010, during the general elections eight years ago, the Swedish Democrats were able to take part in the parliament by passing the electoral threshold of %4 for the first time, which displayed their steady progress.

The rise of the far-right and racism movements are not peculiar to Sweden among Scandinavian countries. Racism and Neo-Nazism have become a common problem in Nordic European countries. In fact, the racist groups that are considered the “most radical Neo-Nazis” in Europe emerging from Northern European countries are causing discomfort among non-European people living in Europe and among the countries’ other political blocs.

Recently, the Nordic Resistance Movement (Swedish: Nordiska motståndsrörelsen, NMR), which represents the racist groups in Scandinavian countries is drawing attention. The trend of extremist nationalism in Nordic countries is not a new development. This movement was established in Sweden in 1997. This movement, which is clearly shaped based on xenophobia, came to the fore with anti-Semitism, anti-immigration, and anti-LGBT movements. In their website, they have declared themselves responsible for the creation of “a Pan-Nordic nation with a pure ethnic structure”.[4]

The history of racism in the Nordic countries reached its peak in 2011. Anders Behring Breivik opened fire on the Labor Party summer youth camp after his bomb attack against the official buildings in Oslo. After the attack, the death toll reached 77.[5]During the trial where he explained all the details of how he committed his massacre, Breivik never denied committing the crime and he believes that multiculturalism is an existential threat to the West and hunting teenagers at a summer camp and blowing up office workers and pedestrians is the brutal yet necessary beginning of a counterrevolution, thus he considered it his duty to defend his country against multiculturalism.[6]

The "Nordic Resistance Movement" comes to the forefront of many violent incidents. The groups which are mostly subjected to the attacks of the NMR are minority groups that are incompatible with the ideology of the movement. For example, during the recent years in which the NMR was active, especially in 2016 and 2017, they emphasized that they were Neo-Nazis and arranged protests at a high degree.

The latest racism demonstration of the NMR, which we have been hearing about often recently, took place on August. The NMR members that gathered in Stockholm, Sweden faced police intervention. At the end of 2017, organizing NMR activities were prohibited by court decision in Finland of the Northern European countries. For those who do not want to take part in NMR activities, programs were established in Norway and Sweden that make it easier to get out of the organization. It is also possible to talk about similar initiatives in Denmark. However, it is also known that local press organs draw attention to xenophobia in Denmark as well. In Denmark, the Aalborg Municipality Environmental and Energy Affairs Director Lasse P. N. Olsen comes to the forefront as one of the people struggling against racism. It is targeted by the NMR as a result of the struggle against racism.

Xenophobia, racism, homophobia, Islamophobia and Turkophobia are becoming more powerful each day in Europe, and they continue to spread horror throughout Europe. Especially in the Nordic countries, when the general elections in the past years are taken into consideration, the right-wing extremist parties are disturbing many of the political blocs, especially the center-right and center-left parties. There is no doubt that Europe's fight against racism is extremely important and the situation is dangerous.