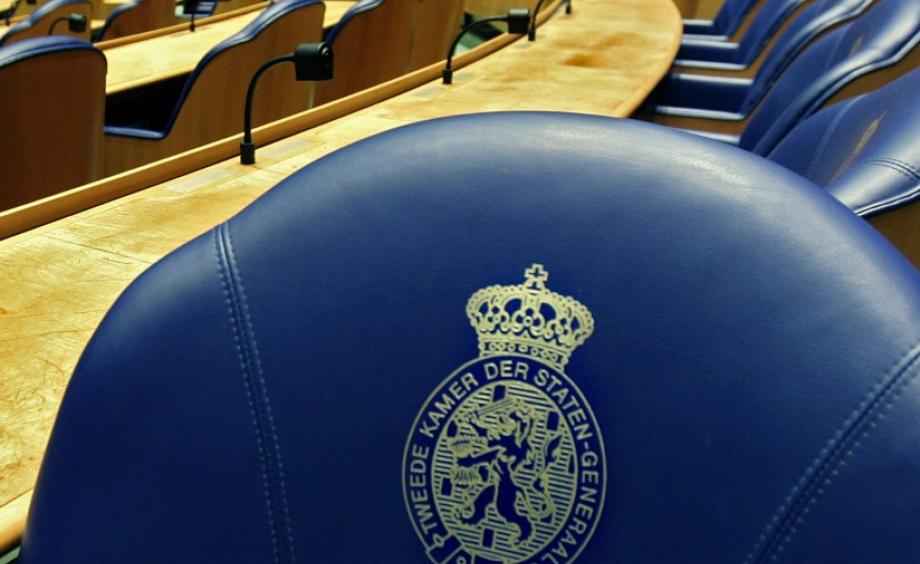 On February 15, two motions were submitted to the lower house of the Dutch parliament (Tweede Kamer – Second Chamber), both related to the 1915 events.[1] One of the motions calls for the recognition of the genocide allegations regarding the 1915 events. The other motion implores that a high ranking Dutch official (such as a minister) should attend the annual April 24 commemoration ceremony in Armenia. On February 22, the said two motions were put to vote and approved by the Tweede Kamer. It should be noted that the Dutch government informed the Tweede Kamer that its opinions on the 1915 events would have no binding effect on the government. The government indicated that it “only recognizes events as genocide if that description is supported by a binding U.N. Security Council resolution or a verdict from an international court.”[2] Turkey was swift to issue a condemnation of the Tweede Kamer’s decision and summoned the Netherlands’ charge d'affaires in Turkey. [3]

When the context in which the said two motions were submitted and approved is examined, it becomes clear that the motions have, in reality, nothing to do with historical justice or the acknowledgment of Armenians’ pain, but rather, everything to do to with scoring political points and engaging in verbal harassment against Turkey.

Anti-Muslim and anti-Turkey sentiment is at an all time high not just in the Netherlands, but in several other European countries. In an even more worrying trend, far-right parties and far-right movements are enjoying unprecedented support (in terms of recent history) across Europe.[4] It is common knowledge that Turkey’s bilateral relations with the Netherlands have been mired in controversy since 2016. Talks to repair the relations recently broke down, leading the Netherlands to recall its ambassador. In just ten days of this development, the said motions were introduced to the Tweede Kamer.

The Tweede Kamer’s approval of the said motions in the context of both the general outlook of Europe and the state of Turkey-the Netherlands relations provide Dutch MPs with two benefits: 1) Pander to the growing xenophobic rightest sentiment in the electorate, 2) Punish Turkey, by attempting use the genocide allegations concerning the 1915 events to smear Turkey’s name.

Genocide Resolutions as a Form of Punishment

Using the genocide allegations as a form of punishment is not limited to the Netherlands. It has been done in numerous occasions in other countries as well. The processes in various countries that lead to the submission of motions or the adoption of resolutions share a common, simple pattern: Country X begins to experience political tensions with Turkey, and the MPs of Country X mysteriously develop definitive knowledge about the complex and controversial 1915 events and feel morally compelled to pass judgement on the said events. This pattern was observed, for example, in Germany, Russia, Israel, and Egypt.

Germany and Turkey had been experiencing political tensions on-and-off for several years, mainly due to Germany’s attempts at becoming a party to Turkey’s domestic political developments and its attempts to slow down Turkey’s European Union accession. In 2016, when the German public was being routinely bombarded with anti-Turkey news produced by the country’s media, the German parliament adopted a genocide resolution.[5] Strangely, three months earlier, the same parliament had turned down a proposal to recognize as genocide the German colonial administration’s 1904-1908 systemic extermination policy against the Nama and Herero tribes.[6]

In November 2015, Turkish warplanes shot down a Russian warplane over the Syria border for violating its airspace. In an atmosphere of governmental and public fury, both state-owned and private Russian media went into overdrive and began to churn out anti-Turkey propaganda. Within a day or two, a genocide motion was introduced in the Russian parliament.[7] The timing was so obvious that even some commentators in Armenia conceded that the motion was introduced based on political calculations.[8]

In terms of Israel, whenever the Turkish and the Israeli governments argue over the issue of Israel’s conduct regarding Palestinians, one can observe increased efforts to pass a genocide resolution in the Israeli parliament (the latest attempt was recently turn down by the Parliament[9]).

Finally, the Turkish government has been critical of the military coup carried out in Egypt by General Abdel Fattah el-Sisi in 2013, and his rule as the President of Egypt since 2014. Relations between the two countries have since then been tense. In 2016, unsurprisingly, a genocide resolution was introduced in the Egyptian parliament.[10]

On a different note, western European public opinion has a habit of assuming that western European countries possess a moral high ground that allows them to pass judgement on other countries. The truth is, all of these countries have their fair share dark moments they have not properly confronted.

The Netherlands is no exception to this situation. The Netherlands’ 1995 United Nations peacekeeping operation during Bosnian War was a disaster. The peacekeeping force was undermanned, had inadequate armaments, and was not given proper direction.[11] The members of the force easily buckled under the pressure applied by Bosnian Serb armed forces (under the command of Ratko Mladić) who sought to exterminate Muslim Bosniaks. The poor conduct[12] of the Dutch peacekeepers is often cited as one of the underlying factors for the massacre of thousands of Muslim Bosniak men during the Srebrenica Genocide. Consumed with guilt and shame, some members of the Dutch peacekeeping force committed suicide, while many of them began to suffer from post-traumatic stress disorder.[13] In 2002, an internal investigation on the Dutch government’s severe mismanagement of the peacekeeping operation led to the government’s resignation.[14] Nevertheless, the disgraced soldiers of the peacekeeping operation were honored with medals by the Dutch Minister of Defense in 2006 ceremony. Tom Karremans, who had served as the commander of Dutch peacekeeping force and who had been “photographed socialising and drinking with Gen Mladic”[15] was first to be given a medal (some soldiers of the force refused to participate in the ceremony[16]). Naturally, the Bosnian government and relatives of the massacred men considered this move by the Dutch government to be utterly disrespectful[17] and protested accordingly (the people who planned to travel to the Netherlands to protest this ceremony were denied visas[18]).

In 2017, a Dutch appeals court found the Netherlands to be “partly liable” for the massacre of hundreds of Bosnian Muslim men in Srebrenica, and ordered the country pay one third of the claimed damages by the relatives of the massacred men.[19] Concerning the Dutch peacekeeping force members who were intimidated into handing over Muslim Bosniak men to the Bosnian Serb forces, the court stated that the Dutch forces “knew or should have known that the [Muslim Bosniak men] were not only being screened ... but were in real danger of being subjected to torture or execution,” and that “by having the men leave the compound unreservedly, they were deprived of a chance of survival.”[20] The Dutch government responded by stating that it would study the court’s verdict, but added that “Our position has been, and will remain, that the Bosnian Serbs are responsible for this tragedy.”[21] The relatives of the massacred Muslim Bosniak men reacted angrily to the Dutch court’s verdict that cleared the Netherlands from the responsibility of the massacre of the remaining Muslim Bosniak men, and are considering taking the case to the Dutch Supreme Court.[22]

Can it be said that the Netherlands has fully confronted its grave mistake at Srebrenica? No, not really. The country has not fully come to terms with its other historical issues either, such as its bloody colonial rule in Indonesia (an extensive investigation is currently being carried out[23]).

As such, the Dutch MPs are taking on a theatrical stance when they attempt portray the Netherlands as possessing the moral high ground, and attempt to scold Turkey over a complicated set of events that took place a century ago. The words of Joel Voordewind, the member of the ChristenUnie party of the Dutch parliament who submitted two motions, are even more theatrical. Voordewind stated that: “We [the Dutch parliament] cannot deny history out of fear of sanctions [reprisals from Turkey]. Our country houses the capital of international law after all, so we must not be afraid to do the right thing here too.”[24] Voordewind speaks of international law, but the motions he has introduced are themselves against the principles of international law. 1948 UN Genocide Convention explicitly states that only an international or local tribunal as stipulated by the Convention has the authority to decide whether event constitutes genocide. In this respect, parliaments are not the proper place to adjudicate on complex issues like claimed cases of genocide. At most, parliamentary resolutions are politicians’ non-binding statements of opinion.

As stated by the Ministry of Foreign of Affairs of Turkey on the issue of these motions,[25] “If the Netherlands wishes to contribute to the solution of this historical issue, they could support the proposal we [Turkey] have been suggesting persistently since 2005 as to form an independent Joint Historical Commission open to scholars of Ottoman History.” Beyond this, attempts at passing genocide resolutions serve no other purpose than to further sour bilateral relations and give ammunition to ill-intentioned individuals who seek to capitalize on disputed events to further their own political agendas.

[3] “Dutch parliament decision declaring 1915 events as 'genocide' null and void for Turkey, EU Minister Çelik says,” Daily Sabah, February 23, 2018, https://www.dailysabah.com/diplomacy/2018/02/23/dutch-parliament-decision-declaring-1915-events-as-genocide-null-and-void-for-turkey-eu-minister-celik-says ; “No: 53, 22 February 2018, Press Release Regarding the Decisions of the House of Representatives of the Kingdom of the Netherlands on the Events of 1915,” Ministry of Foreign Affairs of the Republic of Turkey, February 22, 2018, http://www.mfa.gov.tr/no_-53_-hollanda-temsilciler-meclisinin-1915-olaylari-konusunda-aldigi-karar-hk_en.en.mfa

[12] The soldiers reportedly even helped the Bosnian Serb forces to separate the Muslim Bosniak men from the women so that the men could be taken away and massacred. See: Sterling, “Dutch award medal to peacekeepers who failed to protect Srebrenica.” Additionally, it has been reported that the Netherlands “obtained the release of 14 kidnapped peacekeepers in return for not obstructing the Serbian operation.” See: Ian Traynor, “Dutch honour soldiers who stood by at Srebrenica massacre,” The Guardian, December 6, 2006, https://www.theguardian.com/world/2006/dec/06/warcrimes.iantraynor

[14] Traynor, “Dutch honour soldiers who stood by at Srebrenica massacre.”

[15] Traynor, “Dutch honour soldiers who stood by at Srebrenica massacre.”

[18] Traynor, “Dutch honour soldiers who stood by at Srebrenica massacre.”

[23] Janene Pieters, “Systemic Dutch Violence in Indonesia to be Investigated,” NlTimes.nl, December 2, 2016, https://nltimes.nl/2016/12/02/systemic-dutch-violence-indonesia-investigated . While the Dutch government made an apology in 2013 for the Dutch forces’ excessive behavior between 1945-1949, no apology has so far been made regarding violence perpetrated by the Dutch forces prior to 1945. See: “Netherlands apologizes formally to Indonesia for colonial killings,” Deutche Well, September 12, 2013, http://www.dw.com/en/netherlands-apologizes-formally-to-indonesia-for-colonial-killings/a-17084816 ; “Colonial Period of Indonesia,” Indonesia-Investments, accessed February 21, 2018, https://www.indonesia-investments.com/culture/politics/colonial-history/item178?

[25] “QA-14, 17 February 2018, Statement of the Spokesperson of the Ministry of Foreign Affairs, Mr. Hami Aksoy, in response to a question regarding the developments related to the events of 1915 in the Dutch House of Representatives which have also been covered by the press,” Ministry of Foreign Affairs of the Republic of Turkey, February 17, 2018, http://www.mfa.gov.tr/sc_-14_-1915-olaylariyla-ilgili-olarak-hollanda-temsilciler-meclisinde-yasanan-gelismeler-hk-sc_en.en.mfa