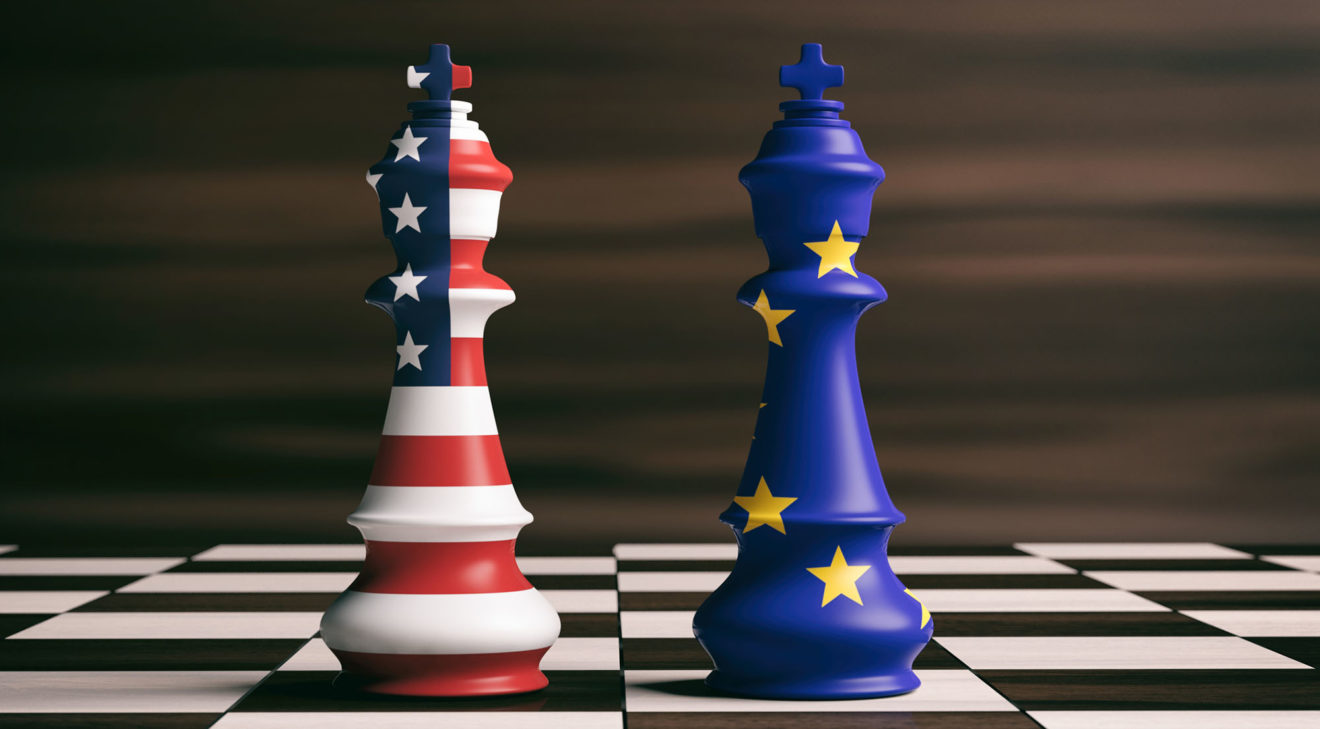 The United States (US) 2020 Presidential Election between Donald Trump and Joe Biden, according to unofficial results, resulted in Joe Biden's victory. This result will undoubtedly have effects on the European Union (EU).

In this process, it would not be wrong to say that the uncertain victory of Biden and vice-president-elect Kamala Harris created satisfaction across Europe and congratulations were sent in a hasty manner[2]. For example, European Commission President Ursula von der Leyen called for "turning a new page in trans-Atlantic relations" in the post-Trump period[3]. Behind this satisfaction is the expectation that an improvement will take place in the trans-Atlantic relations during the Biden era, as it will be remembered that there were controversial times when considering the EU relations during the Trump period. The main one of these conflicts is the US-EU trade relations. Customs tariffs during the US President Trump's term have put the EU in a difficult position, whereas Biden is expected to take a more moderate outlook on this issue. However, now the EU has brought up a 4 billion-dollar tax increase on US products due to the support provided to the aviation company Boeing[4]. In addition, it has decided to apply taxes between 15-25 percent in some other areas to take effect as of Tuesday, November 10, 2020. Therefore, if Biden takes office, difficult issues await him in terms of EU relations. Besides most of the EU leaders, NATO Secretary General Jens Stoltenberg also expressed his satisfaction regarding the election of Biden as the US President[5].

When the relations between the United Kingdom (UK) and the US are examined separately, it can be said that the two countries have acted in a similar way in history. Similar attitudes in the 1950s, 60s, and 70s, and especially between the US President Ronald Reagan and British Prime Minister Margaret Thatcher are noteworthy[6]. The same similarity has shown itself in the Brexit process. It is known that the US President Trump’s administration encouraged the UK on Brexit. Biden, on the other hand, does not stand in favor of Brexit. In fact, Biden emphasized that in case the UK is not a part of the EU, this situation will directly affect the US-EU relations[7]. When we look at the US-UK economic relations, it is important to note that the US is the second largest market for the UK after the EU.

Meanwhile, it is possible to say that populist leaders in Europe act with the encouragement they get from Trump's presence. Emmanuel Macron and Marine Le Pen in France, Geert Wilders in the Netherlands, and Sebastian Kurz in Austria are some of the examples that can be given for this[8]. When the Presidency of Biden is made official, it will be possible to analyze the attitude of the mentioned countries under the new circumstances. Populism having become visible in recent years is directly related to the dominance of mainstream media and social media. Mentions of of social media being under the direction of Biden raises questions regarding who is a populist or who is more moderate. The control of social media can also be considered as another form of populism. While examining the influence of the US on the populist leaders of the EU in the new period, it will be also necessary to evaluate the impact of social media on societies.

Regarding NATO, US-EU relations were rattled during President Trump's term. Former President of the European Council, Donald Tusk, clearly stated that Donald Trump did his best for the breakup of the Union and that he damaged NATO's reputation[9]. Trump said that the member states of the Union did not contribute enough for NATO, that they did not fully fulfill their financial obligations as allies, and he insisted that the allies should contribute 2 percent of their national income[10]. The possibilities that Trump may withdraw the US from NATO do not seem possible anymore with President-elect Biden according to the unofficial results. The point to note is that the results are still not official.

As it will be remembered, US President Trump frequently stated that NATO has lost its former power and has become dysfunctional, and his words were met with discomfort by NATO’s EU member countries. In particular, it is known that he made attempts to withdraw about 11,900 US soldiers in Germany in July 2020. Meanwhile, the Enhanced Defense Cooperation Agreement (EDCA)[11] was signed in Warsaw on August 15, 2020 between the US and Polish defense ministers Mike Pompeo and Mariusz Blaszczak to send 1,000 troops to Poland. The agreement, which aims to further strengthen US-Poland relations, emphasizes the rule of law, human rights, and individual freedoms. In the agreement signed during the term of President Trump, it was pointed out that Poland is a vital partner for the US in Central Europe, and that the Polish and US army, by working shoulder to shoulder, have a critical role especially in fighting ISIS both in Afghanistan and in other geographies. It was emphasized that EDCA is an annex to the 1951 Agreement Regarding the Status of Forces of Parties to the North Atlantic Treaty and will constitute a framework for the development and modernization of existing competencies. In addition, the US reminds that it has signed similar agreements with NATO member states Bulgaria, Hungary, and Romania. With this agreement, the foundations of an infrastructure where 20,000 US soldiers will be situated in Poland were also laid[12]. The signing of such an agreement by the former US President Trump and Poland shortly before the elections increases their commitment to NATO. Therefore, despite Trump's earlier efforts to discredit NATO and even threatening with the US’ withdrawal from NATO, given Trump's general attitude, it is not surprising that he signed a military cooperation agreement with Poland. As to why he wanted to deploy troops in Poland, according to some sources, Trump considered that there are around ten million people of Polish origin in the US and he thought the Poles would have a considerable voting potential in the US presidential election. However, the result did not turn out as Trump hoped[13].

It seems likely that the EU will act in a more compatible manner with the elected US President Biden after Donald Trump, who has created tensions during his presidency in the past four years. Time will show what kind of an attitude the populist leaders in the EU will exhibit during US President-elect Biden’s era. At this point, information technologies and social media should not be left out of the equation in terms of evaluations.

[8] “Brexit, Trump and the Special Relationship”.