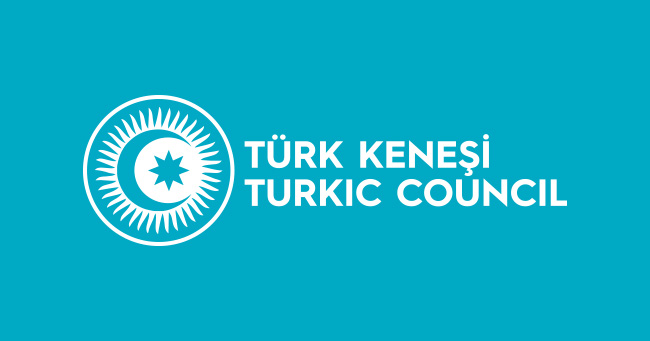 On October 3, Ministry of Foreign Affairs of the Republic of Turkey made the following statement: “This year on its tenth anniversary Turkic Speaking States Cooperation Day is being celebrated at a juncture where we witness the enhancement of our unity by the accession of Uzbekistan to the Turkic Council as a full member at the upcoming 7th Summit in Baku on 15 October 2019, as well as the inauguration of the European Office of the Turkic Council in Budapest.”[1] The Ministry of Foreign Affairs also included the following statement dated 3 October “Turkic Council, drawing strength from the common language, history and culture of the friendly and brotherly Turkic Republics, is marching toward the future with the objective of making important contributions to peace, stability and prosperity in the Eurasian geography.”[2]

As is known, the conditions that emerged after the dissolution of the USSR in 1991 enabled several regional cooperation initiatives to begin. Central Asia has been one of the regions where the countries that gained their independence accelerated political and economic transformations through regional cooperation. The Turkic Council, i.e. the Cooperation Council of Turkic Speaking States, has paved the way for mobilization of Turkey’s relations with the region. Turkey and Central Asian Republics as two significant nexus of Eurasia, began to shape the Turkic world in a period of change in the global balance and emplacement.

The Turkic Council constitutes one of the examples of regional cooperation that has been in progress since October 3rd, 2009 in the fields of political, economic, military and social cooperation. This organization was initiated with the process of the Summit of Turkic Speaking Leaders and initially existed as a forum. Then its first step towards institutionalization was taken 10 years ago with the Nakhcivan Agreement. The agreement was signed between Azerbaijan, Kazakhstan, Kyrgyzstan and Turkey as the four finding member states. Since its establishment, the Turkic Council has been working to diversify and develop regional cooperation among the member states in various areas. In addition to the recent cooperation efforts aiming for regional development, The Turkic Council, which is dealing with issues such as the maintenance of international peace, security and development of good neighborly relations in Central Asia, is strengthening its position in global development continuously.

The Council of Heads of State, which is the Turkic Council’s main decision making body together with the Council of Foreign Ministers, the Council of Elders, the Senior Officials Committee and the Secretariat conduct the council work of the Turkic Council. The Council is an umbrella organization through its related and affiliated organizations such as the Parliamentary Assembly of Turkic Speaking Countries (TURKPA), the International Organization of Turkic Culture (TURKSOY), the Turkic Academy. As another related institution, the Turkic Business Council was established after the first Summit Meeting of the Turkic Council held in Almaty in 2011 with the theme “Economic and Commercial Cooperation”. The Turkic Business Council that brings business circles of member states together, also supports cooperation among the private and public sectors of the member states. Along with economic partnerships, member countries hold regular consultations in regard to regional security issues. On the other hand, its participation as an observer in the elections held in the member states is an example of the Turkic Council’s cooperation in the political field.

Up to today six summit meetings have been held within the scope of the council. Traditional fraternity, solidarity and cooperation spirit among the member states of Turkic Council and special ties based on common history, language and culture are further strengthened by these summits.[3] It was announced that the President of Uzbekistan, Shavkat Mirziyoyev will participate in Turkic Council’s 7th Summit on October 15 in Baku, Azerbaijan. On Uzbekistan’s joining as a full member, Secretary General of the Turkic Council Baghdad Amreyev stated that “I would like to express our pleasure to see that the friend and fellow Uzbekistan decided to join the Council during these days in which we celebrated the 10th anniversary of the founding of the Turkic Council and that the constructive cooperation and relations that have emerged from the centuries old historical ties in the Turkish world continue to enlarge.”[4] The membership of Uzbekistan, which has the largest population and human resources of Central Asia, is expected to be approved by the Turkic Council countries’ Presidents on 15 October. The fact that Uzbekistan participates as a full member of the summit indicates that cooperation activities have accelerated. With this new membership, peace, security and economic partnership within the Council will continue to grow stronger. It is certain that the joining of Uzbekistan in the Council will pave the way to reinforce organization’s position in the region.

After the process of the Summit of Turkic Speaking Leaders in 1992, the first step was taken for the institutionalization of cooperation in economic, political and social fields with the establishment of the Turkic Council (the Cooperation Council of Turkic Speaking States) in 2009. Since its establishment, the Turkic Council’s momentum through its regional and global level cooperation provides it with an essential role in the Eurasian geography. The participation of Uzbekistan as a full member in the summit demonstrates that the Turkic Council is taking firm steps forward on its 10th anniversary. Regional and global level contacts will continue to be enhanced along with the Uzbekistan’s membership. As it is stated by the Ministry of Foreign Affairs of the Republic of Turkey, the Turkic Council established to achieve significant contributions to peace, security and prosperity in the Eurasian geography, will continue to shape and improve the Turkish world more robustly than before. Thus, the work of the 7th Summit Meeting of the Turkic Council merits more attention than ever.

[1] “No: 284, 3 October 2019, Press Release Regarding the Turkic Speaking States Cooperation Day (3 October),” Ministry of Foreign Affairs of the Republic of Turkey, 3 October 2019, http://www.mfa.gov.tr/no_284_-turk-dili-konusan-ulkeler-isbirligi-gunu-hk.en.mfa