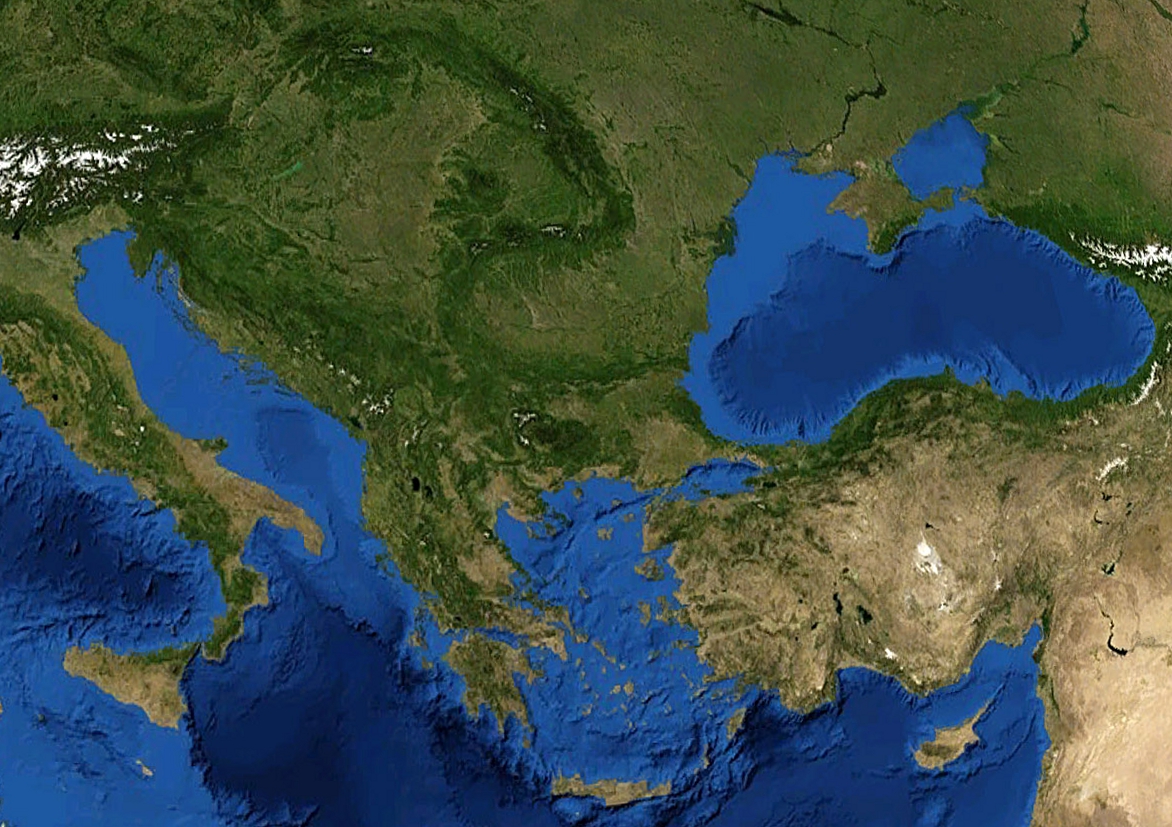 The Balkans, the most important transit corridor of Eurasia, has been a strategic region that has great importance for many empires and states throughout history. In this context, the Balkans emerges as a region where various conflicts and instability are being experienced. Especially after the Cold War, with the disintegration of the Federal Republic of Yugoslavia, many actors came to the fore to fill the power vacuum that had been created in the Balkans. In this context, it would be beneficial to evaluate the issue of geopolitical competition in the Balkans from the past to the present, as the region has the potential to affect the interests of global powers both directly and indirectly.

At the present day, when the Balkan geography is examined, it is possible to talk about a few problems that come to the fore. Leaving aside the European Union’s policy of isolating Turkey from the Balkans, the Kosovo conflict and the Bosnia-Herzegovina crisis, which has not been resolved for a long time, are among the main reasons for the ongoing instability in the region. Such crises and conflicts have made the Balkan geography open to outside influence. The Balkans not only maintains its value in terms of its location on the transit route of pipelines that goes to European countries but is also closely concerns Europe for security reasons. In this context, the proposal for the partition of Bosnia and Herzegovina and the incorporation of Kosovo into Albania, outlined in an unofficial document allegedly sent by Slovenian Prime Minister Janez Jansa to the President of the European Union (EU) Council Charles Michel, can be evaluated in terms of security. As stated in our recently published analysis, such a border change in the Balkans has the potential to drag not only the Balkans but all of Europe into conflicts.[1] The EU did not issue a clear denial about the existence of this report and tried to remove it from the agenda with statements such as “this is an issue that we should completely forget.”[2]

The increasing interest of Russia and China in the Balkans in recent years is also noteworthy. By using both soft and hard power, Russia has created a strong influence in countries such as Serbia and Montenegro over time. China, also focuses on increasing its presence in the region as a new actor to reach European markets with the development of the “Belt and Road” project. The fragile economy of the Balkans makes the region even more vulnerable to influence. Although some investments have been made in the Balkan geography, which is close to a large market like the EU, unresolved infrastructure problems and political instabilities badly affect the economy.[3] The lack of infrastructure in the health sector of the Balkan countries has caused the negative effects of the Covid-19 virus to be felt deeply in this region. In such a period, the vaccine diplomacy of Russia and China in the region is remarkable. Accordingly, the policies developed by Russia and China on the sharing of medical supplies and vaccines during the Covid-19 process create one of the areas of competition in the Balkans.[4]

Although China has taken steps to increase its role in the Balkans, the intensification of geopolitical competition is blocking progress in the region at one point. The shift of the geopolitical balance of power to the East has led the states in the region to pursue alternative partnerships that will develop with actors other than western European countries and the USA. At the same time, the full membership negotiations between the Balkan countries and the EU preserve the region’s connection with the EU. On the other hand, cooperation with actors such as China and Russia, which are trying to increase their influence in the region, especially in the solution of energy and infrastructure problems, has been inevitable. Another element of China’s presence in the Balkans is the construction of the 5G network; North Macedonia, Bosnia and Herzegovina, Serbia and Kosovo have approved the development of 5G infrastructure by China, while Serbia has accepted China origin Huawei as its main partner.[5] Therefore, this situation limits the cooperation of the countries of the region with the USA. In this context, the spiral of rivalry between foreign actors in the region enters an endless cycle and carries the risk of appearing as a situation that destabilizes the region and puts it in danger.

Turkey, which is a Balkan country both geographically and culturally has a deep-rooted history in the region. The countries located in this geography represent for Turkey a strategic transition corridor to the Western world. In addition, for Turkey, the Balkans is also important in terms of the presence of Turkish and Muslim communities in the region. In this respect, the developments in the region directly affect Turkey. The blame of the crises experiences in the region are frequently attributed to the Turkish-Muslim communities, which causes migrations flowing towards Turkey.[6] Keeping in mind that Russia is considered as a destabilizing actor in the region, the fact that Turkey is placed in the same category as Russia within the scope of the claim that it attempting to drive a wedge between the Balkan countries (and theire peoples) and the EU negatively affects Turkey.[7]

In general terms, Turkey should be seen as an important balancing actor in the Balkans. The conflicts based on identity and history among the population of the region keep tensions alive and feed the status quo. In the competition for global hegemony, the Balkans is one of the regions where a lot of competition will take place, with the EU, US, Russia, and China as the main actors. Within the scope of the relationship between the USA and the EU, it seems possible that we will witness conflicts between the EU-Russia, China-US, and China-Russia in the region. This process may have an impact that will further deepen the instability in the multi-national, multi-religious, multicultural Balkan countries that have not fully completed their state-building process yet.[8]