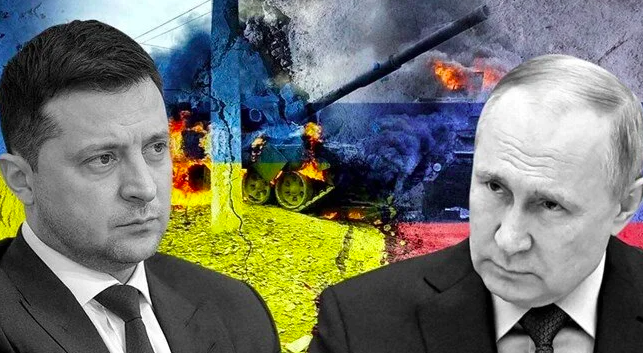 This is the English translation of a Turkish-language article that was published by AVİM on 11 April 2022. Please click here to read the original article.

The Russia-Ukraine War has pushed Europe to take unprecedented decisions on security and defense issues. On the brink of war after Russia’s invasion of Ukraine, the European Union, along with Kyiv’s other Western allies, have supported Ukraine’s resistance to the occupation by increasing its cost for Russia. While the Western world had to adapt to new geopolitical realities, the war has also accelerated the transformations in the EU’s foreign policy.

With the start of the war, Western countries have mobilized their resources to curtail Russia. Russia’s attempt to invade Ukraine’s capital Kyiv and its attacks on different Ukrainian cities has created a red alert in the world's public opinion. After Russia violated the red line declared by Western countries, the Western world responded quickly to the events as a reaction to the national scale of the war. As a NATO member, Turkey’s stance in the Russia-Ukraine war is based on preventing a wider conflict. While evaluating Turkey’s role, which is willing to maintain stable relations with both countries, in the resolution of the war, it should be said that there are various risks for Ankara. The course of the Ukraine-Russia War will have consequences that will affect the future of countries like Turkey.[1]

The importance of Turkey is that it hosts negotiation talks that can change the course of the war due to its position as a country that has the trust of the parties of the war. Since Turkey has cooperative relations with both sides, it avoided choosing sides and confined itself to only condemning Russia during the war. In short, although Turkey criticizes Russia’s aggression against Ukraine, it has not been involved in any NATO or EU sanctions against Russia. One of the main reasons for Turkey’s efforts to offer a solution to the problem without disturbing its relations with Russia is that it meets half of its natural gas needs from Russia. In addition, Turkey acts as an energy corridor between countries importing gas from Russia, and in this respect, it does not want to disrupt its relations with Russia.[2]

Following an independent policy regarding the Russia-Ukraine War, Turkey tries to prevent the escalation of tensions and contribute to the resolution of the crisis through diplomatic means. For this reason, Turkey, which has an important role, argues that the problem should be resolved by revitalizing it within the scope of the Organization for Security and Cooperation in Europe (OSCE). Meanwhile, Ukraine is trying to reach a solution that involves NATO. Unlike some Western countries such as the United States, which try to solve the problem through the NATO alliance and sees the situation from a security perspective, Turkey has preferred to approach the issue from a political perspective.[3]

Judging by the comments of the Ukrainian and Russian parties that met in Turkey, the Ukrainian authorities have stated that they are ready to call off joining NATO and stop their efforts to acquire nuclear weapons. On the other hand, Russia’s withdrawal from the north of Kyiv has brought up the view that it is ready for negotiations to end the war. While this move by Russia has been interpreted as a withdrawal due to the fact Russia could not achieve military success as it had hoped for, according to alternative interpretation, Russia is merely directing its armies to different places in preparation to carry out an assault from another location. However, the positive atmosphere that emerged after the meeting of Russian and Ukrainian negotiators in Istanbul was overshadowed by the images that came from Bucha.[4]

Turkish officials are calling for continued negotiations at the level of foreign ministers, although civilian deaths in Ukraine are complicating peace talks between Moscow and Kyiv. While the Russian side has rejected the allegations that it is targeting civilians in Ukraine, Ukrainian President Volodymyr Zelensky has described the events in Bucha as “war crimes” and “genocide”. In addition, Western countries have increased sanctions against Russia in response to civilian deaths.[5] In his statement, Minister of Foreign Affairs of Turkey Mevlüt Çavuşoğlu has described the images of civilian deaths from the Ukrainian town of Bucha as unacceptable and “shameful for humanity”. In any case, it seems that NATO member Turkey, which has strong ties with both Russia and Ukraine, will continue engage in mediation to end this conflict.

Ankara, which has offered to mediate and host peace talks between the two sides since the beginning of the conflict, nevertheless does not neglect to underline its support for Ukraine’s territorial integrity and sovereignty. Describing the invasion of Russia as an unacceptable violation of international law, Turkey tries to formulate its steps carefully so as not to jeopardize its good relations with Russia that has ties in the fields of energy, defense, and tourism. After the negotiations, which gave positive signals, the images that continued to come from Ukraine has disrupted the peace talks. After these events, Turkey stated that it would continue its efforts to end the conflicts between Russia and Ukraine and underlined that its ability to communicate with both sides is an important advantage.