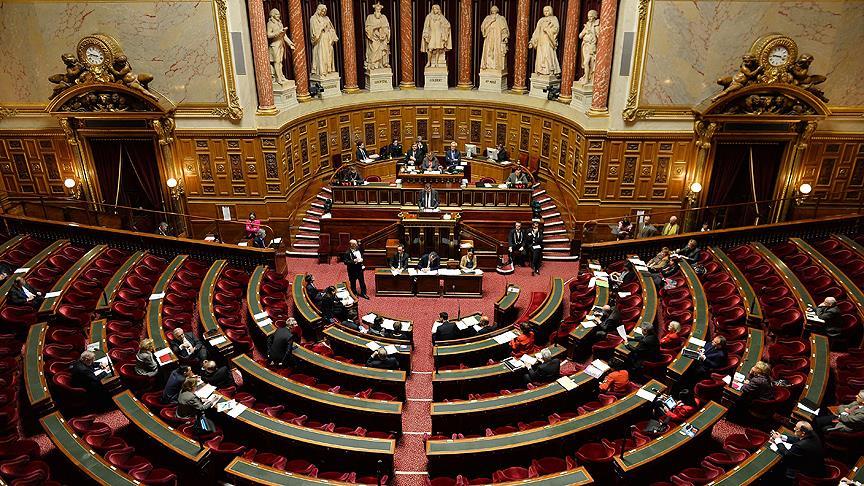 On October 14, 2016, the Upper House (Senate) of the French Parliament adopted a bill to amend the Law of Citizenship and Equality to criminalize the denial or trivialization of war crimes, crimes against humanity, and genocides recognized by the French or international jurisdiction. The bill, which was previously adopted in the French National Assembly (Lower House) in July, was approved in the Senate by a close vote of 156 to 146, and envisages up to one year imprisonment and a fine of 45,000 euros for the denial or trivialization of the above-mentioned crimes. In order for the bill to take effect, after a final agreement between the Senate and National Assembly, it must be signed by the President (no hesitation is expected in getting his signature).

This bill is the latest attempt in France, where the events of 1915 was recognized as “genocide” in 2001, to impose Armenians’ allegations of genocide and to criminalize its rejection. The French government’s previous attempt - a law adopted in 2012 that explicitly criminalized the rejection of the “Armenian genocide”- was found unconstitutional and rejected by the Constitutional Council of France on the grounds that it was a violation of the freedom of expression.

President Hollande, in his speech at a dinner organized by the Coordination Council of Armenian Organizations in France (CCAF) in January 2016, had said that they were working on a formula to criminalize the denial of the Armenian allegations that would be in accordance with the law and constitution.   Stating that he entrusted the mission to devise such a formula to the former President of the European Court of Human Rights Jean-Paul Costa, he also cautioned that a “law that could be condemned by the European Court of human Rights would be “a terrible defeat” for France and the Armenian Cause.”[1]

It appears that this bill is the result of the efforts of the French President and government and French Armenians. The formula they came up with, as implied by President Hollande, seeks to avoid the constitutional and legal obstacles posed by the Constitutional Council of France and the European Court of Human Rights (ECtHR).

It is to be remembered, in its verdict on the Perinçek v. Switzerland in October 2015, the ECtHR ruled that the disputes over the nature of 1915 events is a matter of public concern and a person has the right the reject the Armenians’ claims of genocide so long as the person did not express contempt and hatred or his statements did not amount to a call for hatred or violence. On the other hand, the Constitutional Council of France, which previously dismissed the 2012 law on “denial”, in its verdict with regard to the Gayssot Act in January 2016, confirmed that only a competent tribunal may decide whether or not an event or act constitutes genocide.

The bill, which is widely marketed as “bill criminalizing the denial of the Armenian genocide”, does not speak of the “Armenian genocide” or refer to Armenians. As a matter of fact, the bill makes a general reference to genocides, using an open-ended wording.

The text of the proposed amendment mentions the criminalization of the denial or trivialization of “crimes of genocide … condemned by French or international jurisdiction”. As indicated in the 1948 UN Genocide Convention and confirmed by the Constitutional Council of France, genocides can only be established by competent national tribunals of the State in the territory of which the act was committed or competent international penal tribunals. The only acts that are established as genocide by competent tribunals are the acts committed in Rwanda and Srebrenica. Additionally, although its perpetrators were found guilty of crimes against humanity and other crimes during the Nuremberg Trials in 1945-1946 (the term “genocide” was not coined at the time), the Holocaust is universally treated by the international law as genocide (there are clearly established historical evidence with regard to the Holocaust that fits the definition of genocide) and as a crime that was established by a competent tribunal. Therefore, the term “genocide” in this bill can only be understood as the cases of Rwanda and Srebrenica as well as the Holocaust.

It is understood that there is an assumption among French pro-Armenian lawmakers that a case of “denial” with regards to the events of 1915 could be criminalized with a reference to the law adopted in 2001 by the French parliament in which France recognized the “Armenian genocide”. However, as confirmed by France’s own Constitutional Council, the government, parliament or courts of France has no authority to decide whether or not an act constitutes genocide. As a matter of fact, in the light of the Constitutional Council’s decision on the Gayssot Act, what should be discussed is the abolishment of the law adopted in 2001.

The bill in question also indicates that denial or trivialization of genocides can be criminalized in case it incites violence or hatred against a person or group based on its race, religion, and so on. This criterion is concerned with the concept of hate speech, and can be easily distorted and abused in favor of Armenian propaganda. It can lead to the false perception that the rejection of the Armenian narrative can be criminalized if it amounts to hate speech. As a matter of fact, it is incorrectly interpreted by some that “Mr. Perinçek was not found guilty of “denial of the Armenian genocide” by the ECtHR only because his statements were not found as a call for hatred, violence or intolerance towards the Armenians.”

It should be emphasized that the ECtHR only reviewed whether Switzerland violated Mr. Perinçek’s freedom of speech and whether his statements amounted to hate speech; the court did not look into whether his statements amounted to genocide denial. A similar stance must be adopted by French courts. A person should be only prosecuted and penalized if his/her statement amounts to hate speech, and the basis of the punishment should not be the rejection of Armenian allegations.

On a side note, it should be pointed out that, as mentioned in the verdicts of both the ECtHR and the Constitutional Council of France, the reason that there are laws criminalizing the denial of the Holocaust is the threat of anti-Semitism. For instance, Gayssot Act was adopted in France for such purpose, as there have been occasional cases of anti-Semitism in France. However, there are no parallels for a similar campaign against Armenians.

On the other hand, a topic that should be paid attention to is the fact that “crimes against humanity” are also covered in this bill. As a result of the failures in the “genocide” narrative, there is a recent trend among Armenians and those who support their narrative to accuse Turkey of committing “crimes against humanity”. However, as previously mentioned by AVİM, “crimes against humanity” is a term that has a broad definition and that necessitates much legal research. Accusing Turkey of this crime by singling out the experiences of Armenians and totally ignoring the Armenian revolt in the Ottoman Empire cannot be seen as a quest for justice, but a revival of political machinations directed at Turkey.[2]

Ultimately, despite the omission of a direct reference to the Armenian allegations, it is to be expected that this bill is also destined to share the same fate as the law in 2012. The conviction of a person for rejecting the Armenian allegations under this bill would still be in contradiction with the verdicts of both the Constitutional Council of France and the ECtHR. Therefore, lawmakers would be well advised to take necessary legal action and to apply to the Constitutional Council for the review of the constitutionality of this law.[3] It also goes without saying how important it is that French lawmakers cease such politically motivated legal acts to impose the one-sided Armenian narrative of history based on past and current political motivations.

[2] Mehmet Oğuzhan Tulun, “The French Bill of July 1 and Its Implications”, AVİM, http://avim.org.tr/en/Yorum/THE-FRENCH-BILL-OF-JULY-1-AND-ITS-IMPLICATONS

[3] The bill can be brought before the Constitutional Council by the speakers of the Senate or National Assembly, as well as by at least 60 MPs or senators.