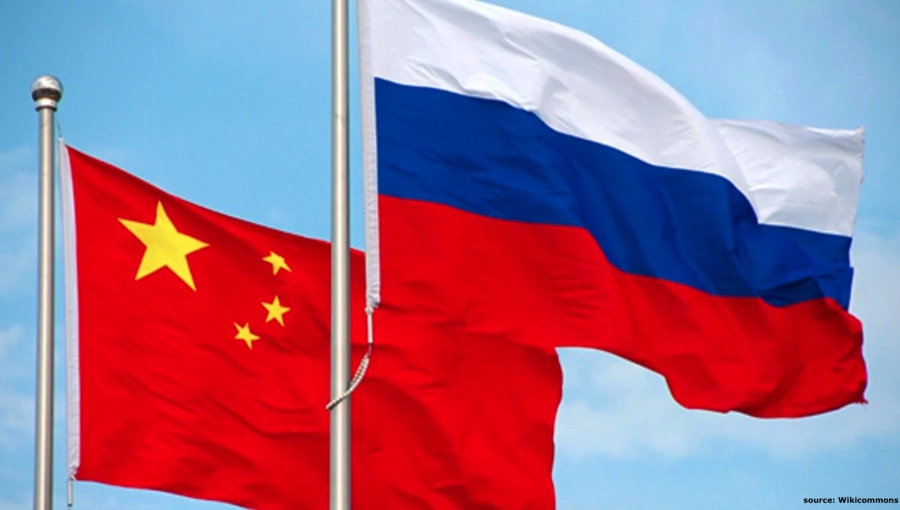 This is the English translation of a Turkish-language article that was originally published by AVİM on 30 May 2022.

While Western countries have imposed various sanctions on Russia due to the war in Ukraine, China's attitude towards this war and the effects of the war on China are a matter of debate. While the friction between China and the US continues on many issues (especially the Taiwan issue), China is cautiously approaching Russia so that its economy will not be exposed to a negative impact while trying to seize possible opportunities.

Ever since China’s reforms and opening up to the world, the effect of economic factors comes to the fore in its foreign policy. After the 2008 crisis, China has been one of the countries that benefited the most from the global structure of the economy. While protectionism has risen in Western countries, especially in the US, China has come to the fore in advocating for globalization. Since Russia's war in Ukraine started, China has taken the necessary precautions so that its trade with Western countries would not be interrupted.  The lines of the China-Europe freight trains service that pass through Ukraine have been suspended, but the Polish Northern Line continues shipping to the West.[1]

One of the sanctions imposed on Russia was the exclusion of Russian banks from the SWIFT international payment system. It has been reported that 7 Russia-based and 3 Belarus-based entities have been disconnected from the SWIFT network.[2] Currently, SWIFT is one of the easiest ways to handle cross-border financial transactions, but there are alternative ways to order interbank transactions as well. However, it is foreseen that this sanction will have negative effects on the Russian economy. When Iran was excluded from the SWIFT in 2012, it had a 30% negative impact on Iran’s foreign trade.[3] While China predominantly uses SWIFT for international payment orders, in parallel to this, it established the Cross-Border Interbank Payment System (CIPS) in 2015. In April, Russian Minister of Finance Anton Siluanov suggested  linking Russia's payment system and China's CIPS, and adding those of Brazil, India, and South Africa.[4] According to Barry Eichengreen, a professor of economics, there are aspects of CIPS that still need to be developed (such as the messaging system being connected to SWIFT) and states that Silanov's proposal cannot be realized in the short term, and that China must have an interest in it to take a step in this direction. Eichengreen also adds that the Yuan accounts for 2% of the current international payment transactions, but that as a possible scenario, two independent monetary and financial systems may emerge in the future.[5]

It is also reported that there is an uptick in requests to open accounts at branches of Chinese state banks in Russia.[6] In addition, Asian Infrastructure Investment Bank (AIIB) froze lending to Russia and Belarus.[7]  It is thought that China, the largest shareholder of AIIB, may have had an influence on the decision to stop the loans after considering the current risks. The New Development Bank (NDB), which was established by the BRICS countries, has also put new transactions in Russia on hold, citing uncertainties and restrictions.[8]

Visa and Mastercard have announced that they will not support credit cards issued by Russian banks by breaking off their relations with Russian banks. Russian banks, including Sberbank and Alfa Bank, have stated that they are considering issuing cards that connect Russia's Mir and China's UnionPay card networks.[9] Using UnionPay could have allowed credit cardholders in Russia to conduct international transactions, but UnionPay has refused to cooperate. It is stated that UnionPay has decided not to expand its presence in Russia, as it fears that it may be the next target of the sanctions.[10]

It is seen that China is on the alert for possible sanctions that may be imposed against her in the future. Various news sources reported that China-based oil and gas company China National Offshore Oil Corporation (CNOOC) plans to sell some of its assets in the US, UK and Canada amid growing concern that it could be targeted by sanctions.[11] However, a statement has come from the financial officer of CNOOC denying this news.[12] Nevertheless, the Chinese government appears to be prepared for the risks. China’s government has ordered a “stress test” which includes building a policy response if China is ever the target of similar sanctions. It has been reported that this exercise involved the activities of some government agencies overseeing banking regulations and international trade.[13]  It was also noted that, in view of the sanctions imposed on Russian businesspeople, the Chinse Communist Party’s Central Organization Department have issued an internal notice that bars senior officials and their spouses and children from holding overseas real estate and equity in foreign companies.[14]

When we look at China's trade with Russia, it is seen that China’s exports to Russia have slumped compared to the data of the previous year.[15] This is thought to be due to the decisions taken against the risk that secondary sanctions could be imposed on Chinese companies. Chinese cell phone manufacturers such as Huawei, Xiaomi and Oppo have cut back cell phone shipments to Russia by over 50 percent.[16] It is also reported that Chinese oil companies Sinopec, CNOOC, PetroChina, and Sinochem are avoiding new oil contracts with Russia.[17] These companies continue to transact with Russia under existing contracts. In addition, the news that China is discreetly purchasing Russian crude oil from a lower price has also been on the agenda.[18]

Chinese Ministry of Commerce spokesperson has stated that Chinese companies “must not submit to external coercion and make improper statements.”[19] Besides that, the Chinese Ambassador in Moscow has called on Chinese businesspeople to quickly “fill the void” referring to the sanctions imposed on Russia.[20]

While China evaluates the economic opportunities arising from the crisis due to the sanctions imposed on Russia, she approaches the situation cautiously for fear of being the next target of the sanctions. China, as one of the countries that benefit the most from the global nature of the economy, currently refrains from confronting the international community. However, it is seen that China is already in preparation for possible sanctions that may be imposed against her in the future.

[2] “An update to our message for the SWIFT Community”, SWIFT, March 20, 2022, https://www.swift.com/news-events/news/message-swift-community

[8] “A Statement By The New Development Bank”, NDB, March 3, 2022, https://www.ndb.int/press_release/a-statement-by-the-new-development-bank/