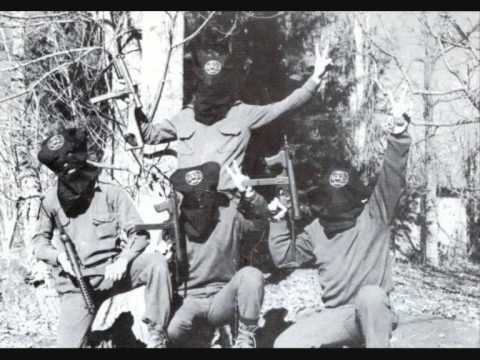 As the echoes of the New Zealand attack continue, some important details which are not covered in Turkish or foreign media reveal striking facts about the attack itself. The writings on the terrorist’s firearms and magazines show lots of references to anti-Turkish and anti-Muslim ideology. However, except for a few exceptional sources, there was hardly any mention of the references in Armenian language.

Hence, it would be appropriate to talk about the reasons for Armenian references, which are never mentioned after the New Zealand attacks. Many news articles in the Western media have included analyses of terrorist's weapons and magazines in detail. Surprisingly, for example, in the UK-based Dailymail website, only the Armenian writings were ignored while every other inscriptions were analyzed[1]. Likewise, a large number of news sources did not include or even acknowledged the existence of the Armenian writings. The same silence is seen among the Armenian organizations, in the face of the writings of the terrorists in Armenian letters which can be translated as “Battle of Sarikamish”.

Diaspora Armenian organizations, media and society have always supported the Armenian terrorist organizations, recognized these terrorists as heroes and have used and still continue to use racism, hate crime, anti-Islam and anti-Turkish notions and several forms of oppression to make a one-sided Armenian discourse dominant. The New Zealand ANC uses the term “fabricated” on its website to describe Khojali events. This understanding, and in fact ignorance, together with the demeaning and insult towards the massacre in Khojaly, opening up monuments to commemorate terrorists and making heroes out of them, is the understanding that lays the foundation for the terrorist attack in New Zealand and several other attacks possible.

The responsibility of the Western countries lies in their support for terrorism, i.e. the Armenian narrative, and Armenian support for the narrative of Turkophobia and Islamophobia based on an unconditional and Christian solidarity. The basis of this support does aim to seek out historical truth or the establishment of justice, but is based on religious sentiments and the construction of an identity on the axis of anti-Turkishness, the praise of violence and terrorism, and its adoption as a national ideology.

The perpetrator of this terrorist attack is not only the one terrorist currently under arrest, but those who promote and support terrorism, xenophobia, Turkophobia and Islamophobia, racism and hate crime every day, at every opportunity; it is those perpetrators who must be revealed.