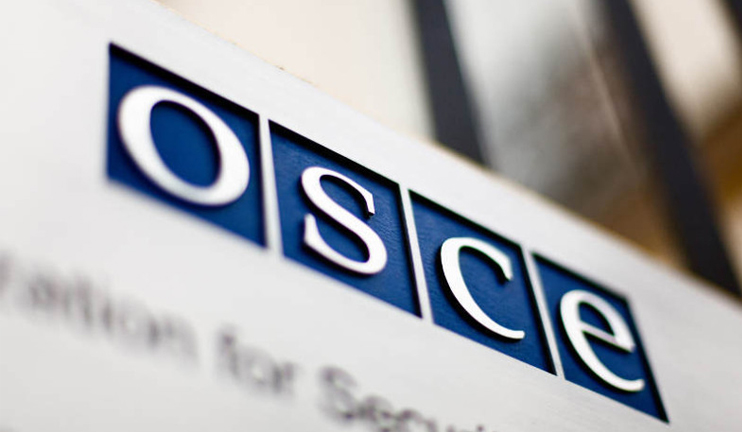 Richard E. Hoagland has been appointed as the new US co-chair of the OSCE Minsk Group as of December 2016 replacing James B. Warlick. In a critical time when the possibility that the dispute over Nagorno Karabakh can spark a full scale war, Hoagland’s appointment is noteworthy.

Prior to serving as U.S. Ambassador to Tajikistan from 2003 to 2006, U.S. Ambassador to Kazakhstan from 2008 to 2011, and as Deputy Ambassador to Pakistan from 2011 to 2013, Hoagland led the Office of Caucasus and Central Asian Affairs in the Bureau of Europe and Eurasian Affairs and was Press Spokesman for the U.S. Embassy in Moscow. Hoagland most recently led U.S.-Russian military coordination for the Cessation of Hostilities in Syria and served as Principal Deputy Assistant Secretary in the Bureau of South and Central Asian Affairs at the State Department in Washington. Therefore he is seen as one of the most knowledgeable diplomats in the US on the region. He was nominated as U.S. Ambassador to Armenia in 2006 after John Evans was recalled from Yerevan. Contrary to Evans, Hoagland’s balanced approach to the Armenian issue cost him this nomination under high political pressure from Armenia and the Armenian lobby in the US.

Hoagland’s appointment as the new co-chair of the Minsk Group seems to have already disturbed Armenians. In a press release Armenian National Committee of America (ANCA) called Hoagland a “seasoned diplomat, Ambassador Hoagland brings a broad array of experiences dealing with the Caucasus, including, most notably, his denial of the Armenian Genocide” which led to “a ‘hold’ on his appointment, and the eventual withdrawal of his nomination as U.S. Ambassador to Armenia.” ANCA warned Hoagland by stating that only if he “engage[s] with American civil society and other stakeholders in the Artsakh peace process”, a constructive relation with Hoagland could be possible. Obviously ANCA’s approach signals an increasing uneasiness by Armenians of a possible disruption to the status quo within the Minsk Group process that is evidently to the benefit of Armenia. Armenians also frequently refer to Hoagland’s work and active role in the Turkish-Armenian Reconciliation Committee (TARC) established in 2001. Thus, it seems that Armenians already began attempts to dictate and monitor US position in the Minsk Group Process.

It must not be overlooked however that usually co-chairs’ personal approach to the mediation process are overshadowed by the structural problems within the Minsk Group. In the 25 years since its foundation Minsk Group continues to be the primary actor of mediation; however, factors such as US, France and Russia’s relations with Azerbaijan and Armenia, their different approaches to Nagorno Karabakh problem and the ongoing competition between these countries lead to the persistence of status quo instead of a permanent resolution to the dispute. Therefore, impact of the Minsk Group became contentious as Azerbaijan’s demands for the abolition of the imbalance in favor of Armenia and its critical views of the functioning of the Minsk Group increased. The Four Day War in 2016 inevitably compelled the Minsk Group to assume a more active role than before as the military, economic and political influence in the region has begun to change in favor Azerbaijan. It still remains to be seen how Hoagland’s appointment will affect the Nagorno Karabakh reconciliation efforts within Minsk Group’s current structure remaining unchanged.