OPPORTUNITIES AND CHALLENGES AHEAD OF KOSOVO AFTER THE FEBRUARY 2021 PARLIAMENTARY ELECTIONS
Commentary No : 2021 / 18
Turgut Kerem TUNCEL
22.02.2021
9 min read 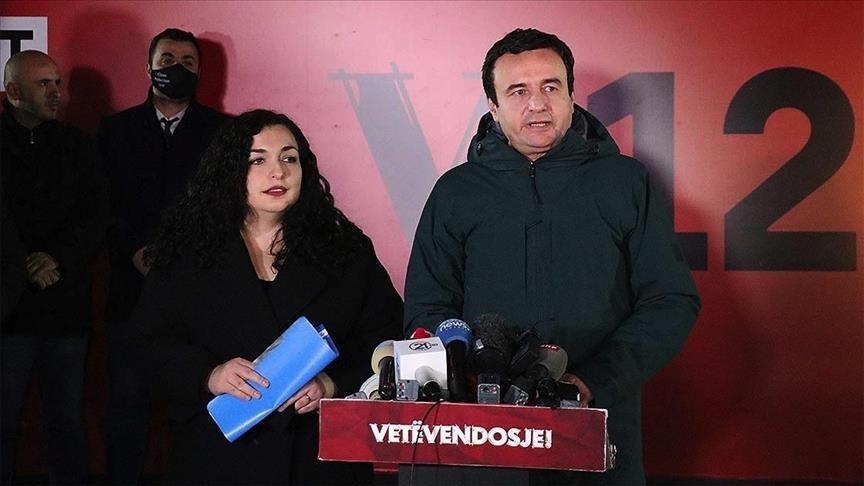 The early parliamentary elections in Kosovo were held on 14 February. On this day, about half of the approximately 1.8 million registered Kosovar voters braving the Covid 19 pandemic and the freezing cold went to polls to elect the 120 members of the new parliament out of more than 1,000 candidates from 28 political entities. According to preliminary results, Lëvizja Vetëvendosje (LVV; En. Self-determination Movement) won approximately 48% of the total votes. Other heavyweights, namely, Democratic Party of Kosovo (PDK), Democratic League of Kosovo (LDP), and Alliance for the Future of Kosovo (AAK) gained about 17%, 13%, and 7%, respectively.

Before the elections, various polls indicated that support to the LVV was between 40% and 50%. As such, LVV’s victory did not come as a surprise. Yet, despite its overwhelming electoral victory, the LVV could not secure 61 seats in the parliament and lost the chance to form the government by itself. Therefore, what awaits Kosovo is a LVV-led coalition government.

As stated earlier, the Kosovo parliament consists of 120 seats. 100 of these seats are shared among the parties that pass the 5% threshold. The remaining 20 seats are reserved for the national minorities. As to the breakdown of these 20 seats, 10 are reserved for the Serbians; 4 for the Roma, Ashkali, and Egyptian; 3 for the Bosniaks, 2 for the Turks, and 1 for the Gorani. Some observers predict that the LVV would form a coalition with minority parties rather than the three aforementioned parties. In fact, the leader of the LVV Albin Kurti, in an interview he gave to Euronews signaled that this would be his choice. If this will be the case, the LVV-led coalition will be the first government in Kosovo without PDK or LDP.

Considering this trend, it will be interesting to observe whether the LVV will continue its rise or at least preserve its social support during its term in power. Given that the LVV stresses economic development, welfare, and anti-corruption in its discourse, it is highly likely that the success of its socio-economic policies will determine the future of the LVV in this regard.  As to this point, however, it can be confidently argued that difficult days await the LVV for the fact that Kosovo is one of the poorest countries in Europe with accompanying economic and social problems such as 50% youth unemployment rate. Much effort will be needed to overcome these hardships.

Yet, there are a few favorable conditions. One of them is that the new parliament is expected to elect a new president in two months. According to the constitution, the candidate who receives two-thirds of the votes, that is 81 out of 120 votes, will assume the presidency. If in the first two rounds no candidate can acquire the required vote, the top two candidates will compete in the third round and the one who gets 61 votes will be elected as the president. Under these circumstances, the acting President Vjosa Osmani seems to be the favorite candidate. This is important because Osmani remains in unity with the LVV in its anti-corruption agenda, meaning that Osmani’s presidency will rule out any foreseeable conflicts between the LVV-led coalition government and the President. This would be an advantage for the former.

The attitude of the opposition will be another important factor. The PDK and the LDP announced that they accepted the result of the elections, and the latter declared that it will secure the normal handover of the power to the LVV. These signal a constructive approach of the opposition. Such an approach may smooth the way for the LVV to carry out its anti-corruption agenda. The statements of the LVV leader Albin Kurti that stressed “justice without revenge” can also be taken as a positive sign for the prospect of normal government-opposition relations.

In fact, several developments in the last couple of years hint at the maturation of the democratic politics in Kosovo. In early 2020, a special court in the Hague with the mandate of investigating the alleged war crimes of the Kosovo Liberation Army during the 1998-1999 Kosovo War opened a case against the then Kosovar President Hashim Thaci and several of his colleagues. In November 2020, Thaci and two of his colleagues were transported to the Hague. Hours before that, Thaci had resigned from the presidency “to protect the integrity of the presidency of Kosovo,” instead of using his post to escape the trial. As such, Thaci showed an example of a responsible and statesperson-like politician. If this example is followed by other political actors in Kosovo, we may expect a more constructive politics in Kosovo, which would, of course, benefit the country.

Another arguably positive development in Kosovar politics is the emergence of a new political class. Since 2000s, Kosovar politics had been dominated by old stagers, most of whom were the ‘heroes’ of the 1998-1999 war. Yet, this time, we see young and fresh cadres, such as the 45-year old LVV leader Albin Kurti and 38-year old acting and would-be president Vjosa Osmani. The smooth handover of the power from the old folks to young ones is important in itself. Besides, gradual pulling out of the ‘war heroes’ from the politics could contribute to ‘normalization’ of the Kosovar politics.

This point brings us to the burning question of Kosovo-Serbia relations. As to this question, it should be underlined that Kurti is anything but a dove vis-à-vis Serbia. Indeed, Kurti did not shy away from demonstrating his hardline stance by stating that that normalization talks with Serbia is his “fifth or sixth priority.” As one of the latest examples of his uncompromising attitude towards Serbia, on 16 February, Kurti accused Serbia of genocide in Kosovo. As regards to that, it should be remembered that the LVV-LDP coalition that was formed after the 2019 elections collapsed following a motion of non-confidence against the LVV initiated by the LDP in March 2020, reportedly to eliminate the former that opposed to the Kosovo-Serbia economic normalization deal pushed by the former US administration under Donald Trump.

The LVV’s hard stance vis-à-vis Serbia may become a cause of ethnic tensions within Kosovo. It seems that, at least at the moment, Kurti does not pay much attention to this possibility. On the contrary, he does not refrain from using a discriminatory rhetoric against the Serbian minority exemplified by his statements on forming a coalition with minority MPs except for the Serbians. As a reminder, according to official Kosovar statistics, Serbs constitute 1.5% of Kosovo’s population. However, other sources estimate this percentage to be as high as 7.8%.

Besides the possible negative consequences in domestic politics, such a hardline stance will obviously not be perceived positively by Belgrade. This, of course, will not have a positive impact on the already strained Kosovo-Serbia bilateral relations. As to Belgrade’s conduct, Serbian officials underline that they are ready to maintain dialogue with Pristina, but not to give in to ‘threats and blackmail.’

Certainly, tensions between Pristina and Belgrade may also affect latter’s relations with Tirana. With respect to that, it is also important to highlight that Kurti told the Euronews  that if a referendum is organized, he would vote for unification with Albania. Expectedly, this statement of Kurti met with criticisms in Belgrade. In short, tensions between Pristina and Belgrade are likely to have wider regional implications in the Balkans. In addition to regional implications, LVV’s attitude may trigger reactions from the US and the EU as these two actors seek Kosovo-Serbia normalization.

Few words would be needed to explain the positions of the US and the EU. To begin with the US, as already stated, the previous US administration under Trump had pushed for the Kosovo-Serbia economic normalization deal in September 2020. This was one of the reasons why the LVV-LDP coalition fell apart. The current US President Joe Biden, before being elected, although pledged to “reverse the Trump Administration’s imbalanced approach toward Kosovo and Serbia,” expressed its support for the Kosovo-Serbia normalization. When on 16 February 2021, the acting President of Kosovo Vjosa Osmani disclosed Biden’s letter  on the occasion of the independence day of Kosovo, it was seen that Biden had highlighted the objective of “comprehensive agreement with Serbia focused on mutual recognition” in this letter.

Likewise, the EU High Representative/Vice-President Josep Borrell and Commissioner Olivér Várhelyi pointed out the following in their statement on the early parliamentary elections:

"Kosovo’s European path also goes through the comprehensive normalisation of relations with Serbia and the EU expects the new authorities in Pristina to engage constructively with a view to a continuation of the meetings of the EU-facilitated dialogue and seize the opportunity in front of them to reach a comprehensive agreement."

As can be seen, both the US and the EU are quite plain about their approach to Kosovo-Serbia relations; both stand for Kosovo-Serbia normalization. Therefore, the LVV-led coalition government is likely to face pressure from these two if it drags its feet in engaging in normalization talks. Given that the US and the EU are substantial trade partners, as well  as sources of foreign economic assistance, funds, and investment for Kosovo, the LVV, which pledged to solve socio-economic problems of the country, may face serious difficulties if it insists on its cold approach to normalization with Serbia on the terms that the US and the EU dictates.

To conclude, the February 2021 parliamentary elections in Kosovo reveal some promising signs in Kosovo particularly with respect to the development of democratic politics. On the other hand, truly challenging days are also ahead in socio-economic and international spheres.