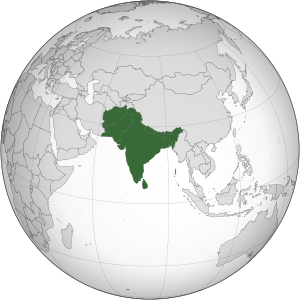 Even though today the South Asia region is considered as one of the most significant regions in terms of production and economy, the region also attracts attention with regards to conflicts that it harbors. In this context, the Kashmir Conflict between Pakistan and India, which is also related to China to a certain point, is the most important conflict in the region.

The Kashmir Conflict, which has been the major obstacle to establish stability, peace and prosperity in the region since 1947, led Pakistan and India to fight against each other for four times.

The reflections of the Kashmir Conflict and the disputes triggered by this conflict can be seen today, as well. As India revoked the Article 370 of its constitution, which identified the legal status of Kashmir, in the last August, the issue once again flamed. In addition to this, the recent amendments in Indian Citizenship Law, which includes discriminatory articles, and the increasing assaults against Muslims in India have strained the tensions between two countries.

It is also observed that the increasing tensions between Pakistan and India, which have especially nuclear armament capacity, is leading to the formation of different alliances in international arena.

Rapprochement Between India - the US

In the meantime, the arm deal, which was concluded during the visit of Trump, is also a clear manifestation of the momentum gained in bilateral relations. Pursuant to this agreement, the parties agreed that India will buy American helicopters and other high tech equipments which worth 3 billion USD in total[2].

All of these developments reveal the improvement in the bilateral relations of India and the US especially when the Prime Minister Modi’s prohibition to entry to the US from 2002 to 2014 is taken into account.

The rapprochement between Pakistan’s arch rival, India, and the US is certainly discomforting Pakistan which has been considered as an important ally of the US in South Asia since the Cold War. However, the statements of the US administration have still set forth the importance of Pakistan in the region and, in a way, tried to compensate the negative outcomes of their rapprochement with India in the eyes of Pakistan[3].

On the other hand, it should be noted that India and the US are also challenged by undeniable trade disputes. Especially the tariff implementations of India which might violate its commitments in the World Trade Organization cause hesitations in the eyes of the US. Moreover, despite the current high level reciprocal visits and the statements of the leaders, the parties have not agreed on not only “Free Trade Agreement” but also even single trade agreement, yet[4].

The Developments in Turkey-Pakistan-China Axis

The most concrete example of the developed relations between Pakistan and China is the “China-Pakistan Economic Corridor”. The project, which is officialized in 2015, consists of highways, railways, crude oil and natural gas pipelines, oil refineries and harbor constructions and aims at establishing short and cheap transportation from China to Africa and Middle East[5]. It is an important development that our country is also invited to this project by Pakistan[6].

In the meantime, while Pakistan supports the Belt and Road Initiative of China, India has a distant approach towards this initiative which can be described as an obligatory element that paves the way for the US to have close relations with India.

In addition, the economic, trade and humanitarian potential of the region has turned into a concrete power. Our country is also pursuing policies towards increasing possibilities for new opportunities and cooperation in the region especially when the shifting of power towards Asia from Europe-Atlantic structure is taken into consideration.

The “Asia Anew Initiative”, which was announced in the 11th Ambassadors Conference, held in Ankara in August 2019, can be given as an example for this tendency. In this regard, besides the attached importance to the relations with western world, Turkey’s desire to develop its relations with Asia, which can present significant opportunities in the foreign policy of Turkey, becomes prominent.

Turkey attaches importance to the improvement of its relations with Pakistan as well as other Asian countries especially with China. Our country, like Pakistan, also supports and carry out projects to strengthen “Belt and Road Initiative” of China. In the scope of this initiative, the first freight, which made departure from China to Europe, arrived at our country on 28 October 2019 through Baku-Tblisi-Kars railway, which is an important constituent of the “BRI”, for the first time[7]. On the other hand, the importance and the necessity to have solid relations with the other prominent country of the sub continent, India, should not be ignored. Establishing balance between these powers is of vital importance.

All of these developments demonstrate that a bipolar balance of power has started to be formed in the South Asia. In one side there is an axis of Turkey-Pakistan-China, which is supported by historical ties, and in other side there is an axis of India-the US which is, in fact, emerged from current necessities. In this context, the current developments in the region constitute important clues that these alliances can become more apparent.