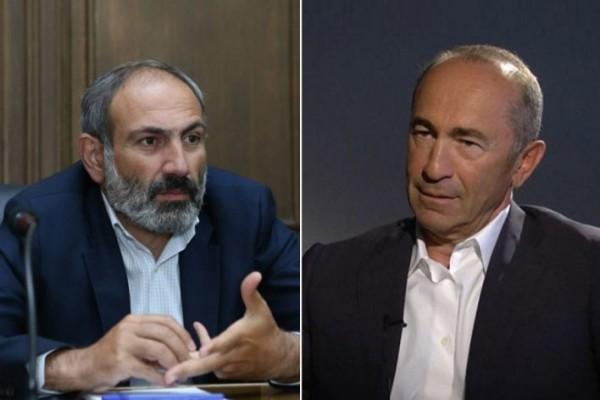 On 20 June, Armenians went to polls for the snap parliamentary elections. The vote count revealed that Nikol Pashinyan’s Civil Contract Party won the elections with 54% of the votes. Its closest contender, Armenia Alliance (consisting of the Armenian Revolutionary Federation-Dashnaksutyun and the Reborn Armenia Party led by former President [1998 and 2008] Robert Kocharyan, who was also its candidate for the prime ministry), gained 21% of the votes. The third political force in the elections was the I Have Honor/I’m Honored Alliance (composed of the Republican Party of Armenia of the former presidents Robert Kocharyan and Serz Sargsyan [2008-2018] and the Homeland Party, whose candidate for the prime ministry was another heavyweight Artur Vanetsyan, the former head of Armenia’s National Security Service) received 5%. As such the elections resulted in a three-party parliament with 71, 29, and 7 seats, respectively.

The most salient implication of the elections is the Armenian electorate’s confirmation of their preference for Pashinyan over other political leaders. The clear-cut gap of 33 points between the votes received by the Civil Contract Party and the Armenia Alliance leaves no justifiable room for the opposition to challenge the legitimacy of Pashinyan’s second term in the office as prime minister. As to that, it should be noted that although Armenia Alliance declared that it would not recognize the election results until the allegations about election feuds are cleared, this bravado did not find any positive reaction from the Armenian public or the political analysts.

First and foremost, the electoral victory of the Civil Contract Party is indeed a vote of confidence of Armenians to Pashinyan. Whether this is out of genuine affirmation or necessity because of a lack of alternatives is another question. Several pre-election public polls and observations on the ground pointed out that the latter is the main reason of the Armenians’ choice. Is this good news for those who may be envisaging a lively opposition? Not really. As argued in the first article of this series, the existing opposition that is mostly composed of the old elite is already a castaway force in Armenia. The fact that Armenians mostly voted for Pashinyan not for their sympathy to him but for their rejection of the old elite is indeed a worse reality for the opposition. May a fresh and influential anti-Pashinyan force emerge in Armenia? At the moment there is no sign of it. In fact, if this was a possibility in the short-run, we would have seen its realization in the eight-nine months between the end of the 2020 Karabakh War in 9 November 2020 and the 20 June 2021 snap parliamentary elections.

Though still not officially confirmed, the results of the elections indicate that the Civil Contract will have 71 seats out of 107 in the parliament. This means that it will form a single party government headed by Pashinyan as the Prime Minister. With this weight in the parliament, Civil Contract Party will face no legislative difficulties; it will be able to pass legislations without compromising with other two forces in the parliament. In the present Armenian context, this is a major advantage for the ruling party elect. Yet, it should also be underlined that this advantage may be a double-edged sword since Civil Contract Party and Pashinyan will have no excuses of opposition’s unconstructive attitudes for its failures.

One possible challenge to Pashinyan may come from the bureaucracy, though. An update of a media outlet on the morning of the election day reveals that out of 500 voters including diplomatic corps and their families who casted their votes electronically, 163 voted for Civil Contract Party, whereas 135 voted for Armenia Alliance, and 14 for I Have Honor Alliance. These figures may be indicating that there is a substantial group of bureaucrats in the Armenian state apparatus who feel closer to anti-Pashinyan forces. This and the fact that high-ranking army officers (including the former Chief of General Staff) openly sided with the radical sections of the opposition and demanded Pashinyan’s resignation this spring (an obvious act of transgression against the country's legal order) may be signaling the possibility of an open or tacit brawl between the elected and the appointed authorities in Armenia.

As to the possibility of political brawls in the second term of the Civil Contract Party’s rule, a statement of the Prime Minister elect Pashinyan a day after the voting day has been quite notable. On 21 June, while addressing the the crowd gathered in front of the campaign headquarters, Pashinyan said that with the 2021 parliamentary elections Armenians have realized a second revolution after the Velvet Revolution in 2018. He added that “if the first revolution was the velvet, non-violent, democratic revolution; in 2021, this time around was not only a velvet, non-violent one, but a steel revolution. The people’s will must be fulfilled in all cities and regions, in all spheres and ministries, in all local governing bodies” (emphasis added).  During the same address, while preaching national unity, Pashinyan stated that he will “start political consultations with all healthy political forces who took part in these elections. We will take steps to unify all healthy powers, in business, culture, and scientific spheres, and include them in governance” (emphasis added). He also boldly underlined that “the people have given us the mandate to establish a dictatorship of law and rights and we can not hesitate in implementing that mandate.”

Pashinyan’s stress on healthy political forces, as opposed to ‘unhealthy’ political forces, and the mandate to rule given to him by the people are pretty significant, just like the allegory of “steel revolution.” These statements, as well as Pashinyan’s characteristic agitative, unthoughtful, and streetwise conduct may be the indicators of his possible uncompromising and aggressive stand against his rivals in his second term in the office, just like the first one. It is difficult to rule out that Pashinyan may launch a campaign of political purge against his rivals in the aftermath of the elections.

If that would be the case, what would be the result? As stated, Pashinyan’s political rivals constitute an already outcasted political class. Therefore, if Pashinyan acts carefully, which is, however, far from an assured prospect due to his personal traits mentioned above, he may succeed in eliminating his rivals for good. On the other hand, winding up the bureaucracy may be more difficult. In any case, if a purge is launched, that may lead his rivals in politics and bureaucracy to seek ways to form an unofficial front against him. If specifically those in bureaucracy decide to join such a front, Pashinyan government may face difficulties in implementing its policies. This would not only incapacitate the government, but also hamper the progress towards much needed stability in the country.

Although the military defeat in the 2020 Karabakh War is still a cause of distress and revanchist rhetoric could be heard, the main wish of the Armenian public is the elevation out of the grave socio-political and socio-economic situations in the country. In other words, stability, calm, and welfare are what the majority of the Armenians strive for. Therefore, the main criteria of the Armenians in their judgement of the new Pashinyan government will be its success in economic and social policies. This should incline the government to focus on issues related to good governance and welfare. Whether Pashinyan and his government will reach such a conclusion and be successful in these domains is an open question. As to that point, given that Pashinyan is hardly an exemplary statesman and is more comfortable and adept in political quarrels than in running constructive initiatives, a lot of responsibility will be placed on his cabinet and close associates.

As can be seen, there are several opportunities and challenges ahead of the new Pashinyan government. But one significant advantage of Pashinyan should be noted. This advantage is the positive stance of Russia and the West to Pashinyan’s rule. Both assent to Pashinyan over his rivals for different reasons. As to this, Kremlin’s affirmation of Pashinyan is particularly critical since it has quite significant leverages vis-à-vis Armenia. Related to that, Kremlin’s preference of Pashinyan as the Prime Minister minimizes the possibility of hybrid operations or a Russia-backed opposition to flourish as long as the former does not revise its approach. What may result in such a revision would, without doubt, be the changes in Armenia’s foreign policy choices, signs of which are nonexistent for the time being.