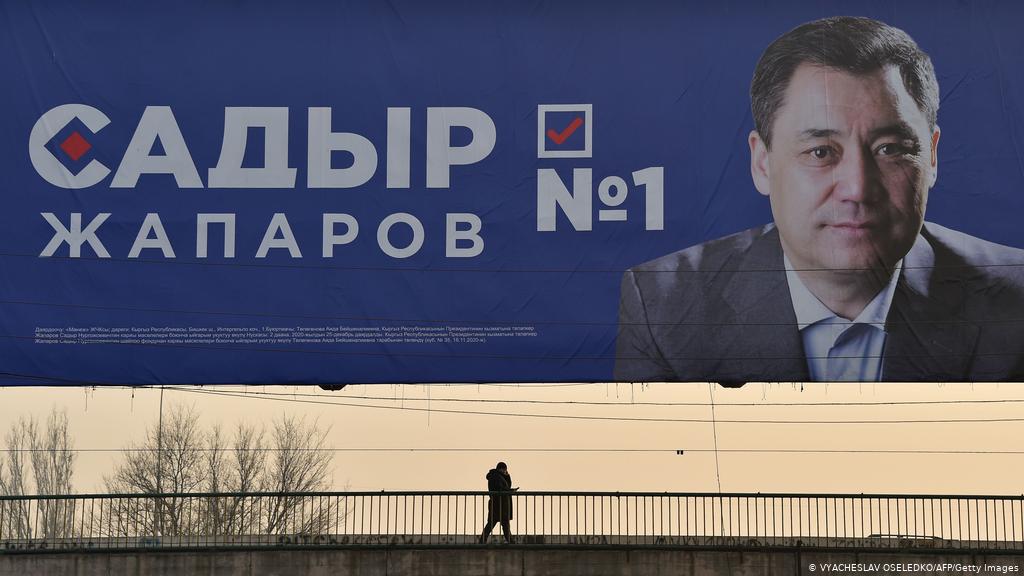 The Pandora’s box in Kyrgyzstan was opened by the parliamentary elections on 4 October 2020. The Kyrgyz annoyed by the result of the elections, which they deemed rigged due to large scale vote buying and other irregularities, filled the streets and squares of the country and demanded the elections to be annulled. The events unfolded rapidly and in due course, Sadyr Japarov, a politician-convict serving a long term jail time, was freed by the protestors to become the PM and the acting president ten days after his release.

Following this chain of events, Japarov began consolidating his power in the country. Then, first, early presidential elections and later a referendum to transform the parliamentarian system to presidential one were declared, both to be held together on 10 January. A previous commentary published by AVİM summarizes these developments.

Eventually, elections and the referendum were held on the declared day. The observers, although voiced some criticisms laying stress to unfair utilization of administrative resources and financial means, confirmed that the election and referendum process was generally run well.

In the referendum, there was a simple question asking whether voters were preferring the parliamentarian or presidential system.  84% of the voters opted for presidential system. The next step in Kyrgyzstan is to formulate and pen down amendments in the constitution to transform the political system from parliamentarism to presidentialism, and then to hold another referendum to get the consent of the Kyrgyz about those amendments. This second referendum, which will finalize the transition of the political system of the country, is expected to take place in March.

The ways in which Japarov justified the presidential system is worth mentioning. In an interview that he gave to Al Jazeera, Japarov stated that mentally and culturally, the Kyrgyz were not ready for the parliamentary system and that this system could be established some twenty five-thirty years later. This is quite an interesting statement. Thus, consciously or inadvertently parliamentarism is identified as a more advanced system than presidentialism. Moreover, Japarov’s statement was interesting regarding the portrayal of the democratic maturity of the Kyrgyz people.

Moving on to the presidential elections, a total of eighteen candidates competed in these elections. The vote count revealed that Japarov received approximately 80% of the votes, qualifying him as the new president of Kyrgyzstan. It should be underlined that the vote Japarov got is the second highest in Kyrgyzstan after the 89.5% vote percentage that Kurmanbek Bakiyev gained in 2005 presidential elections following the Tulip Revolution.

All in all, by the end the day of 10 January, both Japarov as the front-runner presidential candidate and his objective to reinstate presidentialism gained the overwhelming support of the Kyrgyz. However, it should also be noted that the voter turnout was less than 40%, low compared with the 56% voter turnout in the previous presidential elections in 2017 and the October 2020 parliamentary elections. Commentators relate the low voter turnout to cold weather and a new regulation that obliges the voters to vote only at their registered place of residence. Certainly, these might have affected the voter turnout. However, given the difference with the previous elections, there may be other reasons, too. Besides, it is curious why the Kyrgyz, who poured into the streets a few months ago in October, were rather indifferent to the presidential elections and the referendum.

Japarov’s rise to power and the reinstallation of the presidential system in Kyrgyzstan raise concerns among some sections of the Kyrgyz intelligentsia and politicians, and foreign observers. The hot question that preoccupies everyone is whether in Kyrgyzstan, a country which is labeled as the only democracy in Central Asia, democracy is losing ground to a strongman regime.

As we mention Putin, it may be important to remark an interesting development indicating an attention-grabbing change in Kremlin’s approach. When the events began right after the elections on 4 October that eventually resulted in the resignation of the former Kyrgyz President Sooronbay Jeenbekov on 15 October 2020, denotative statements and sharp reactions came from top Russian officials. On 22 January, Putin labeled what was going on in Kyrgystan as a “disaster” and “coup d’état.”  Russia declared that it would suspend economic loans and aids to Kyrgyzstan until stability is established. Yet, following the 10 January elections, Putin appeared among the first leaders to congratulate Japarov. The latter, on the other hand, continuing his accommodationist and reassuring tone, in his 11 January speech, underlined that Russia is the main strategic partner of Kyrgyzstan and will be so. The change in the rhetoric of Putin might be showing that Russia has recalibrated its approach to the new leadership in Kyrgyzstan before long. Turkey praised the elections and the referendum that were held  in a “peaceful and tranquil atmosphere,” demonstrating its support to the new leadership in Kyrgyzstan. The EU and the US also issued congratulatory messages.

An important issue that Japarov tackled with in his 11 January speech was the economic issues and anti-corruption measures. He also touched upon social issues such as the north-south divide in the country. Given the deep social and economic hardships in the country, it is only reasonable that Japarov stressed these issues. It is significant that rather than promising rapid results, he underscored that it would take two-three years to set things right in the country.

Given that Kyrgyzstan is deep in economic woes with societal divides and clan networks, it would be fair to say that social and economic troubles will be the biggest challenge for Japarov. Actually, the prospect of Japarov’s success to weather the socio-economic storm in the country is a big question. It is, of course, because of the gravity of the structural problems as well as widespread corruption.  Having ascended by the help of the support of the street, it will be of paramount importance to honor his promises.

Japarov is well aware of the political dynamics in Kyrgyzstan. He is definitely mindful of the three political revolutions that toppled three presidents in 2005, 2010, and finally in 2020 that actually brought him to power. It is also certain that he knows very well that Kurmanbek Bakiyev, who came to power by the toppling of his predecessor Askar Atayev in 2005, was also toppled in 2010, meaning that the Kyrgyz have only a certain level of adherence to their leaders and that they do not avoid taking the streets when things do not go right. Accordingly, Japarov has probably two options; he will either find solutions to the problems in Kyrgyzstan and sustain the support of the people or he will rely on authoritarian measures to suppress the possible discontent.