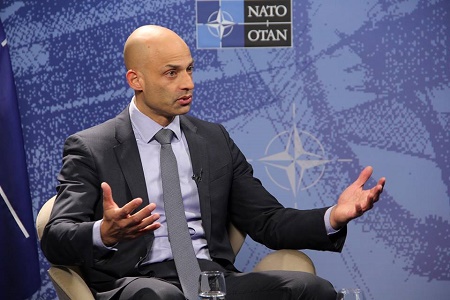 The trend of change and transition that rapidly started in many areas in Armenia after the April Revolution gives its place to a still process with Pashinian’s election as Prime Minister in the early elections. In internal affairs the period of reckoning with the mistakes of previous administrations is still in progress, but a process in the same way for external affairs has not started yet. Following the elections, the statements of the Armenian Foreign Minister that the peaceful resolution of the Nagorno-Karabakh conflict came before all other problems have not been fully met yet.[1] Moreover, Pashinian's visit to Brussels on March 4-5 shows that the so-called Nagorno-Karabakh administration was wanted to be included in the solution process as a party. However, this proposal is not an approved opinion, especially by Azerbaijan, by the EU and other international organizations. Johannes Hahn, in charge of the EU Neighborhood Policy and Enlargement Negotiations, said that Pashinian's initiative will create a more difficult situation rather than bring novelty.[2] On the other hand, the planned bilateral meeting between Aliyev and Pashinian has not yet become a regular format. In light of all these developments, the question of how Pashinian will bring a new vision to Armenia's foreign policy is becoming more controversial.

In this respect, it is possible to say that the traditional foreign policy conception of balancing Russia with the West has continued during the Pashinian period. Pashinian revealed his intention to involve the EU and especially NATO in Armenian foreign policy issues at the NATO Summit in July 2018. As remembered, Pashinian stated that he expects the support of the EU and NATO for the resolution of Nagorno Karabakh issue at the Summit and in his in interview with Euronews afterwards. However, in the final resolution of the Summit, NATO's emphasis on the territorial integrity of the South Caucasus countries had created a contrast to what Pashinian wanted.[4]

However, despite this document, Armenia's desire of getting closer with NATO is not over. Regarding the course of the bilateral relations, the visit of James Appathurai, NATO's special Caucasus and Central Asia representative, to Armenia is remarkable because it will encourage this desire of Armenia for bilateral relations.

The details reflected in the Armenian press during the visit of Appathurai bring to mind the question of whether NATO has taken a decisive stance on Armenia. Thus, the fact that these statements of Appathurai are also mentioned in the internet information center established with the cooperation of NATO shows the possibility that it could be NATO's official attitude.[5]

Appathurai, who was in Armenia between March 11th to13th for the NATO week which was conducted with the support of the French Embassy in Armenia, attended a conference there and gave some clues about NATO's stance on Armenia's humanitarian mission in Syria and its stance on Nagorno-Karabakh issues. Appathurai expressed in the conference that NATO sees Armenia as a reliable partner.[6] Regarding the Armenian humanitarian mission in Syria, Appathurai preferred not to make any comments on the behalf of NATO and he said that he had listened to the official arguments of Armenia. He told that NATO would not react to this situation anytime soon. However, it is possible to read the fact that NATO's special representative has not shown a definite attitude on this mission, to which the United States and many NATO member countries have reacted to, as a tacit acceptance by NATO. The silence of NATO, to which Turkey is a member of, against that move of Armenia, which is a CSTO member, created a situation that might lead to questioning the solidarity and unity in the alliance. This mission of Armenia contradicts its activities in Nagorno-Karabakh in respect of NATO’s understanding that “The responsibility for stabilization and restructuring should be optimally taken over by actors with the necessary knowledge, competence and ability in these matters”.

Armenia’s arguments in front of the NATO and the EU focus on emphasis to a “democratic Armenia that contributes to international peace.” However, the fact that Nagorno-Karabakh and the surrounding regions are occupied by Armenia leads to the questioning of the accuracy of this argument. On the other hand, Appathurai expressed that the bilateral negotiation process and the peaceful resolution was supported on the Nagorno-Karabakh issue. This shows that NATO wants to remain out of this issue; while on the other hand, NATO is being drawn into the issue.

Failure to demonstrate a clear position against the activities of Armenia in Syria closely concerns the relations between NATO and Turkey which is a member of the pact. On the other hand, the possibility that NATO may get involved into the Nagorno-Karabakh conflict, creates a questionable situation on both Azerbaijan’s and Turkey’s side.