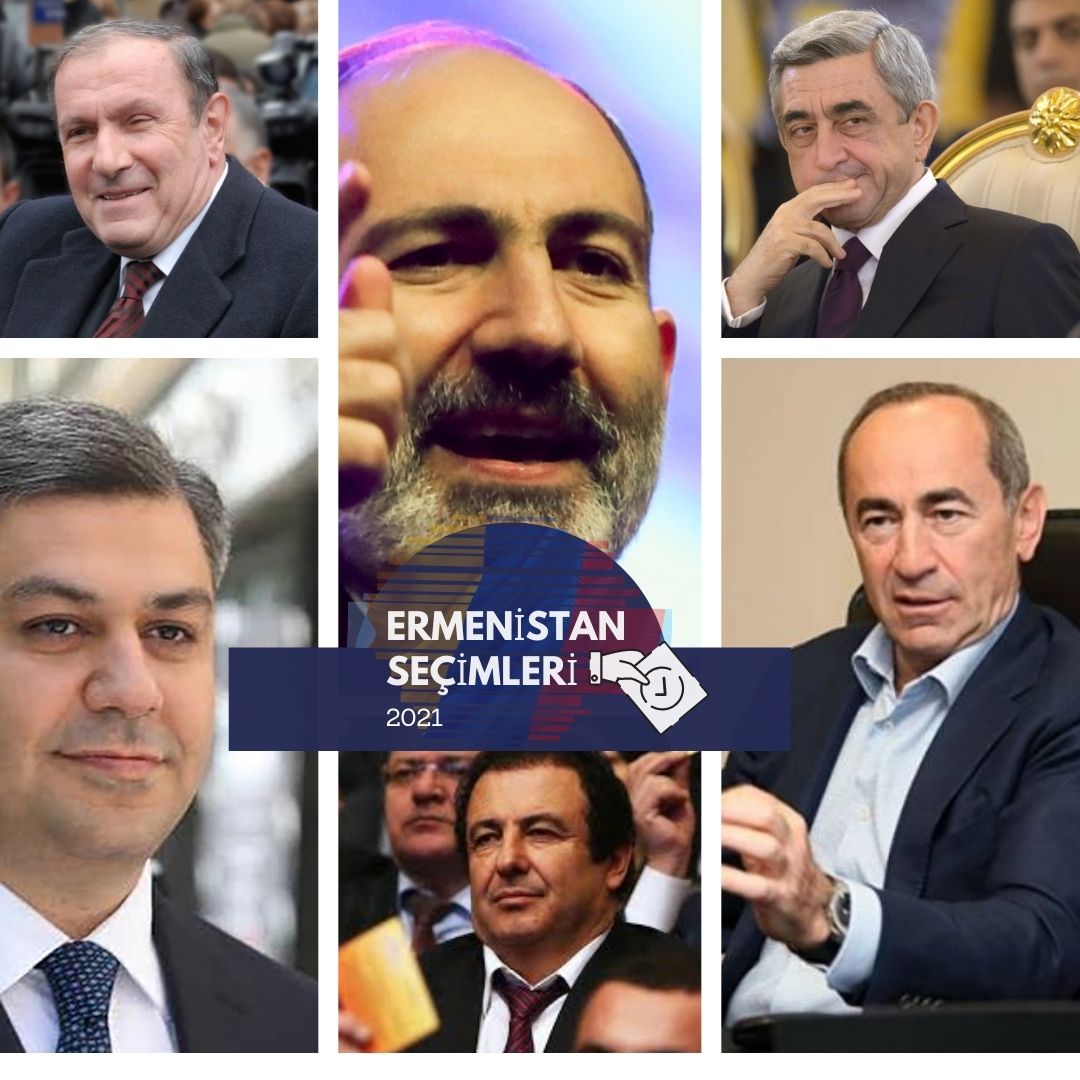 As the elections approach, the political environment is getting tense day by day in Armenia. After the liberation of Nagorno-Karabakh by Azerbaijan, Nikol Pashinyan is being considered as the only person responsible in Armenia, which had to leave the occupied regions. Names such as former presidents Robert Kocharian and Serzh Sarkissian who led the occupation in the 1990s are at the forefront of those who oppose Prime Minister Pashinyan.

The process starting with the parliament raid and attempt to lynch the Parliament Speaker after the signing of the 10 November armistice, has been led by Kocharian and Sarkissian, as well as ex-national security chief Arthur Vanetsyan. Following the allegations, on whether Iskandar missiles were used or not in the Karabakh War, turning into a crisis between the Government and Army, and the Prime Minister being left alone by the Armenian President has made the early elections unavoidable.

According to the lists handed over to the Central Electoral Commission on 31 May, 23 political parties and 4 alliances will be competing for the 132 seats in the parliament. As it will be remembered, in the early elections held after the “April Revolution” in 2018, the alliance in which the current PM Nikol Pashinyan’s party participated in, came to power by winning 83 seats out of 132.[1] 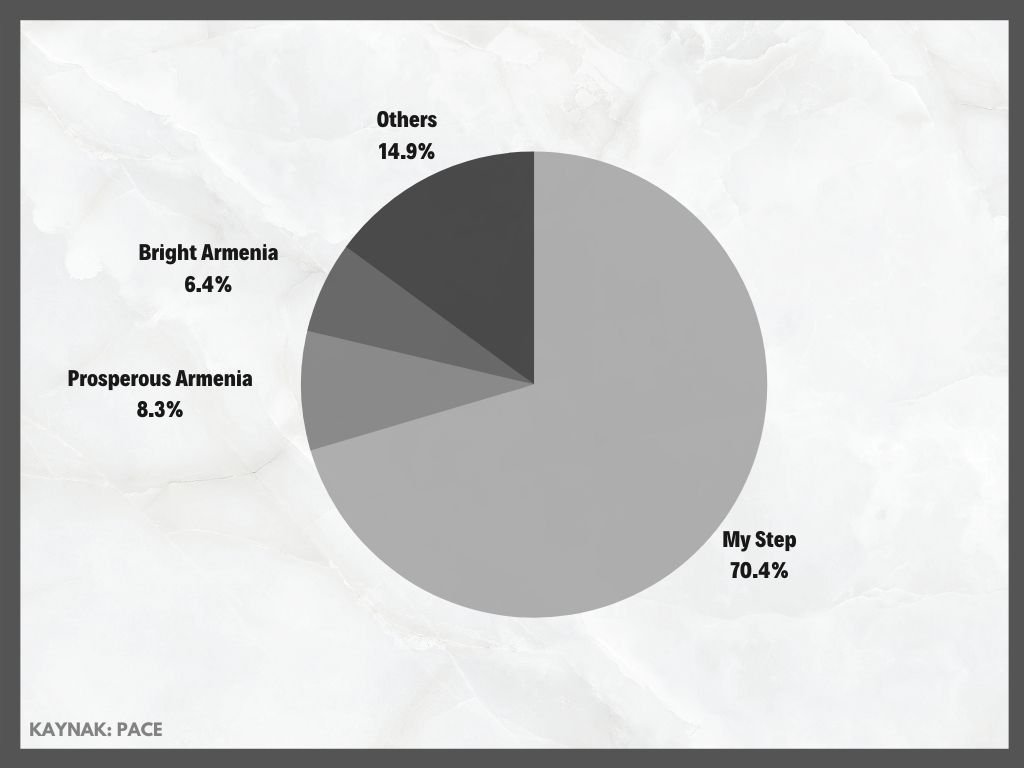 On the other hand, Gagik Tsarukyan’s Prosperous Armenia Party became the main opposition party with 26 seats followed by the Bright Armenia Party with 17 seats. In addition, 8 independent MPs entered into the parliament.

According to the alliances formed before the elections, the Civil Contract party led by Pashinyan will compete this time without the “My Step Alliance”, unlike the previous elections. In the latest elections, 57 seats were won by the Civil Contract party, 22 seats were taken by independent parliamentarians and 4 seats were obtained by the Mission Party. In these days, this alliance appears to have dissolved. On the other hand, it is understood that Pashinyan has included two oligarchs in his party.[2] One of these names is the leader of the United Labor Party and tobacco importer Gurgen Arsenyan. The other one is businessman Khachatur Sukiasyan who was considered among the “robber barons” in the 1990s. It is understood that the political ties between Sukiasyan and Pashinyan go back to the period when they both supported Levon Ter-Petrosyan’s party. In fact, looking at the political background of Sukiasyan, it is also seen that, due to the charges directed at him following the protests against the 2008 elections, which also resulted with the imprisonment of Pashinyan, Sukiasyan was not able to return to Armenia[3]. However, the inclusion of these two names into the lists is being interpreted as Pashinyan making concessions from the principles of the “Velvet Revolution”.[4] For this reason, Pashinyan’s popularity is continuously declining. The public support for him, according to public opinion polls as of May, declined to %22.9 from %33 since February.[5]
Within the “Armenia” Alliance led by Robert Kocharian, a political rival of Pashinyan, the Armenian Revolutionary Federation (ARF) and the Reborn Armenia Party are working hand in hand. In the past days, Kocharian declared that former presidents will not act together and each one will work on his behalf. As a matter of fact, neither Serzh Sarkissian nor Levon Ter-Petrosyan participates in the “Armenia” alliance. The ARF, which gained % 3.89 of the votes in the 2018 elections and was left under the electoral threshold, seems likely to contribute 1 or 2 points to the “Armenia” Alliance according to the latest public opinion polls. Likewise, the support for the Armenia Alliance, which was %5.9 in March, increased to %14.3 and then to %17.5 with the alliances.

On the other side, we notice that former national security chief Arthur Vanetsyan and former President Serzh Sarkissian stand together. As it will be remembered, Vanetsyan, who was the intelligence chief in Pashinyan's government and involved in allegations of "power abuse" with Pashinyan, has joined the opposition camp following his resignation. Afterwards, Vanetsyan went to Karabakh and then held talks with the Etchmiadzin before joining the political scene by establishing his own party. However, Vanetsyan's "Homeland Party" did not receive the support it expected from the public. For this reason, an alliance was formed with Serzh Sarkissian's Republican Party for the elections. The striking point in the Vanetsyan-Sarkissian alliance is that the leader of the alliance is Vanetsyan, not Sarkissian. On the other hand, one of the important supporters of the alliance is Sarkissian's son-in-law, former Vatican Ambassador Mikael Minasyan. At this point, it is necessary to talk about the latest developments about Minasyan. For Minasyan recently leaked a document claimed to be related to the border issues between Azerbaijan and Armenia, leading to the drop of Pashinyan's scores in the latest polls. In this respect, the point that Armenian politics has reached shows that the dominating mentality is "every method is allowed to win the election". 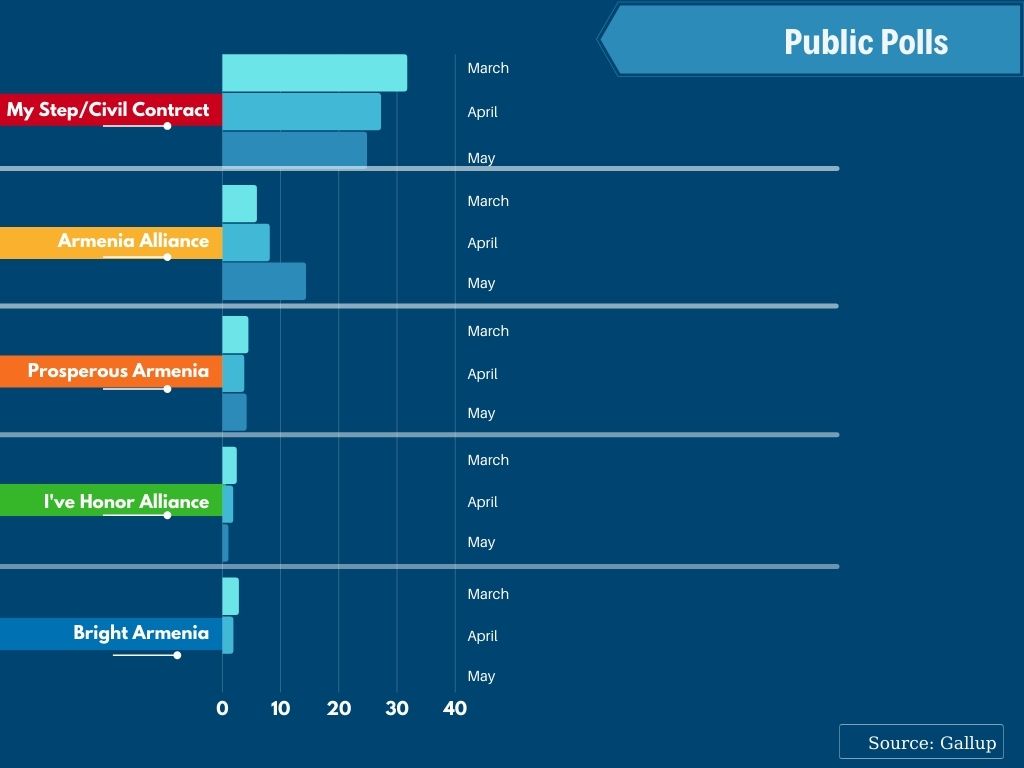 The first President of Armenia, Levon Ter Petrosyan, does not seem to be in any alliance either. His offer to form an alliance with both of the former presidents, did not receive any positive response. Therefore, he will enter the elections without any alliance.

According to polls, voters in Armenia do not seem to trust any current leader enough to form a government. Pashinyan's party still has the highest percentage of votes, but this alone is not enough to form a government. The votes he will get will not enable him to get the power alone and there is a risk that he will not be able to form a government even if he gets the highest vote. According to the latest polls, it looks like the Civil Contract Party could have a seat count between 57 and 61 seats in the parliamentary seat distribution in the election scenario. However, in order to be in power in Armenia, gaining %57 of the seats in the parliament is necessary.

Discussion Topics in the Election Atmosphere

A brief look at the election process in Armenia allows us to state that there is actually a very tense atmosphere. Because we see that the most important issue in the elections is the Nagorno-Karabakh. As we all know, it was the defeat of Nagorno-Karabakh that led Armenia to the early elections. Therefore, it is possible to say that both those who go to the polls and those who will come out of the ballot boxes are related to Nagorno-Karabakh.

At this point, it is necessary to mention the developments on the Azerbaijan-Armenia border for the past week. This has been met with such a backlash because it has the potential to affect public polls. In other words, we can say that the perception that there is a threat to Armenia on the Armenian border is parallel to the decrease in the trust for Prime Minister Pashinyan.

The key issue in the Armenian elections is that whoever will be the new elected prime minister in Armenia has to be stick to the agreement signed on November 10 and its implementation. If Pashinyan will be re-elected, it can be expected that he will take steps to implement the agreement, despite all his objections. On the other hand, it can already be foreseen that if Pashinyan fails to form a government, the politician who will replace him will be reluctant to take a positive stance on the Nagorno-Karabakh issue.