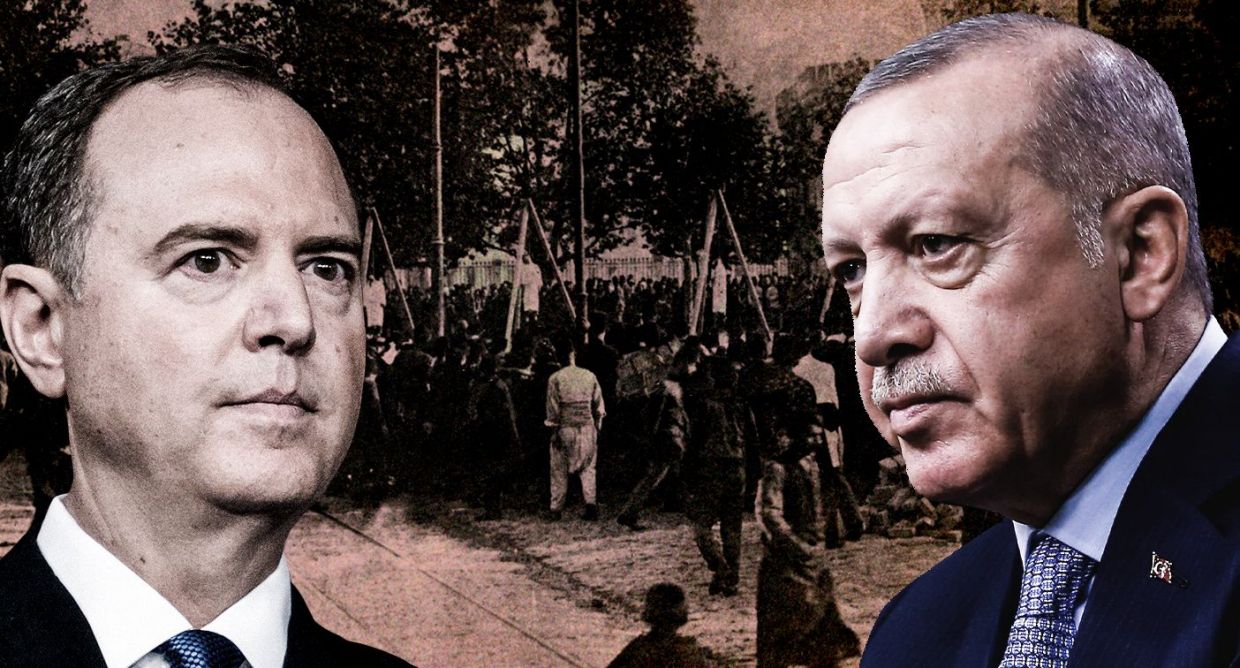 Last week, the operation titled “Operation Peace Spring” which was conducted by Turkey with the aim of achieving border security was concluded after the meetings with U.S. and Russia. However, some special interest groups that want to benefit from the setting created by the operation continue their anti-Turkish policies. The most prominent activities are the activities of the Armenian lobbies in Europe and the U.S.

Particularly in the United States, a period in which presidential elections are approaching and discussions are made regarding the resolution on the impeachment of President Donald Trump being brought to the agenda creates an appropriate environment for the Armenian lobby to increase its pressure. With the beginning of the race for presidency, US policies on Turkey become a subject of domestic politics. As it known, the U.S. began to impose sanctions on Turkey due to Turkey’s operation in Syria in the last week, but those sanctions were lifted after the ending of the operation. According to the subsequent news, advisors of President Donald Trump reportedly advised him the option of threatening to recognize "the Armenian genocide" in order to put pressure on Turkey. But also according to the press, President Trump did not accept that advice.[1]

The U.S. Congress was the second address for the special interest groups who want to benefit from the tensions in the bilateral relations after President Trump rejected the advice. The disputes between President Trump and the U.S. Congress on the Syrian policy and the Ukraine-related matters paved the way for the issue of Turkey being brought to the Congress’ agenda. The democrats, who are arguing that Trump’s policies against Turkey are weak, took action for the immediate voting of the Armenian genocide draft which they had introduced to the House of Representatives and Senate on 9 April.[2]

In the drafts introduced by House of Representatives member Adam Schiff on 9 April, there are articles such as an official recognition of the 1915 events as genocide and thereby obviate the association of the U.S. Government with “denialist” policies. The drafts introduced to both of the Congress wings are based on references such as the reports of the U.S. Envoy in Istanbul Morgenthau, the statement no. 4838 of Ronald Reagan, the U.S. president in 1981 and the studies of Rafael Lemkin on genocide.[3] However, none of these references constitute coherent foundations for the draft.

First of all, it is known that Morgenthau, the U.S Envoy in Istanbul, wrote his reports that were sent to Washington without leaving Istanbul by means of his facilitators of Armenian origin.[4] Therefore, the academic studies, political explanations and resolutions referring to Morgenthau’s reports, are far from being significant as they are unreliable.

On the other hand, the reference based on the individual studies of Raphael Lemkin on genocide contradicts itself. Lemkin published his studies on the crime of genocide in the 1950s and mentioned 62 different cases all around the world that can be characterized as genocide. In addition to events which are not currently being labeled as genocide by any country, such as the massacre conducted by the Greeks against the Turks, these cases include the issue between America and the American Indians. Consequently, the adaptation of a resolution based on Lemkin’s notes opens the door to a serious accusation that may directed against the U.S itself along with many other countries. The approval of such resolutions aiming to “teach a lesson to Turkey” by the U.S. Congress for the sake of protecting U.S. interests will lead to the re-questioning of the history of America.

Lastly, the author of the Reagan’s speech in 1981 regarding “the lessons learned from the Armenian genocide, the Cambodian genocide and the Jewish genocide should never forgotten” is an Armenian-American. It was noted afterwards that Reagan had not made an objective statement.[5] On the other hand, it would be appropriate to mention that Bruce Fein, who was a legal counsel to Reagan at that time, explained that President Reagan had instructed them to investigate the Armenian allegations. Fein claims that they had prepared a report for Reagan and had proved that the history narrated by the lobbies was not compatible with reality.[6] Moreover, President Reagan did not consider the 1915 events as genocide except for his speech in 1981.

These drafts introduced to the U.S. Congress show that the propagandist American-Armenians place their interests before the interests of the country they are citizens of. It is evident that it will be inevitable to see the real interests of the U.S. stay in the background as long as the activities of “single issue” and "special interest" groups such as the Armenian lobby continue. Trying to punish President Trump in terms of Turkey through the Armenian claims which distort historical facts will bring nothing to the United States and will be a strategic mistake. It will detrimentally harm the Turkey-U.S.A. relations and significantly weaken the trust Turkey has for its NATO ally.

Translation Note: The House Resolution unfortunately passed on 29 October.  In the Press Release of Turkish Foreign Ministry, the resolution bill was considered as political step targeting Turkey because of the domestic politics of the U.S.