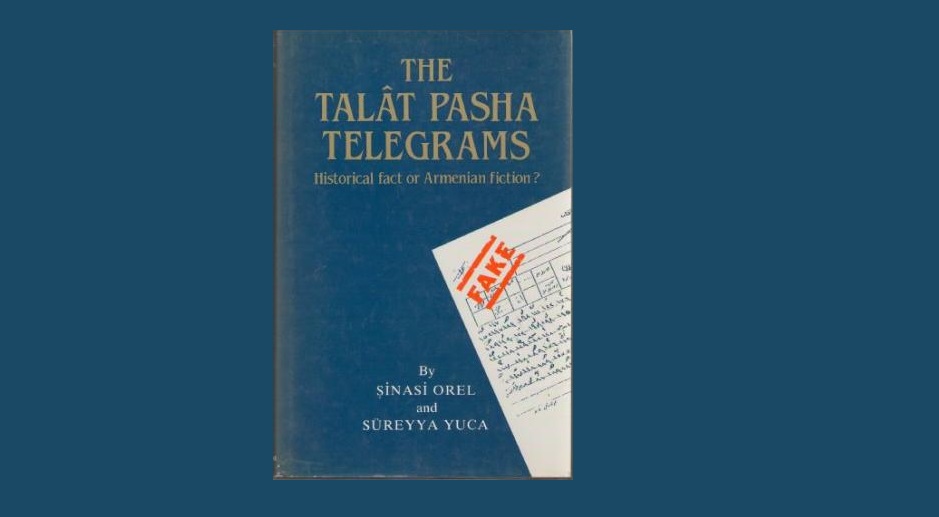 There has been a number of reviews of the dubious academic quality of Taner Akçam’s published works. However, beyond Akçam’s academic deficiency that is incompatible with any academic methodology and results in errors and inconsistencies in his publications, there is an ethical problem with his work. The last example of this ethical problem can be seen in his last book on Andonyan documents that have already been undeniably refuted by Orel and Yuca. In his book, Akçam distorts, manipulates or openly alters Orel and Yuca’s arguments and information, let alone present any viable counterarguments. Here we’ll only deal with one of those distortions by Akçam.[1]

In their book on Andonyan documents, Orel and Yuca touch upon some critical topics that proves that these documents are forged. Their research has dealt in detail with the inconsistencies in dating, encryption, signatures and the information that can be found in Andonyan documents. Accordingly the page on which one of the documents is written clearly which proves that it is fake:

Of the above-mentioned three ‘documents’  attributed by Andonian to Abdulahad Nuri Bey, that bearing the number 76 was written on double-lined paper, with no official markings on it. Anyone familiar with the bureaucratic practices followed by the Ottoman will immediately be aware that paper of this sort (which resembles the notebooks used by schoolchildren in handwriting classes) was never used for official purposes[2]

The document is below: 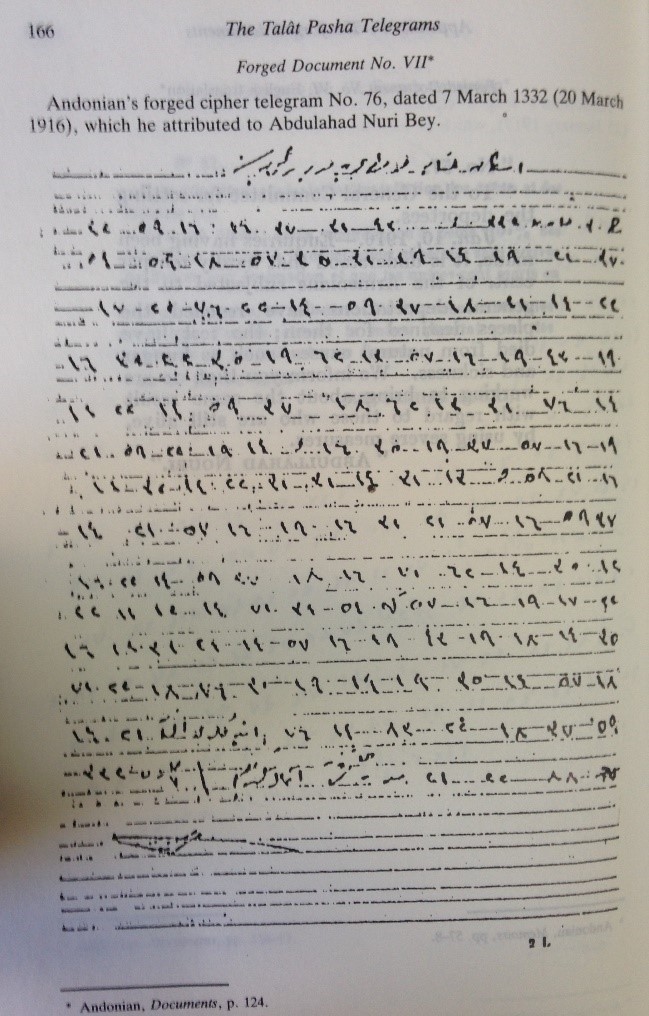 Normally an academic who would attempt to authenticate this document is expected to give and adequate answer to Orel and Yuca’s findings. Hence he/she is supposed to determine if and how a “double-lined” paper with “no official markings on it” could have been used in official correspondence and therefore be able to refute Orel and Yuca’s solid argument.

Akçam commits a special section to this topic in his book under the title “ruled paper issue” and presents his claims. Thus, Akçam begins his distortion from the title he chooses. At the beginning of this section Akçam claims:

Writers’ argument that it is unexpected “to have ruled paper in Ottoman bureaucracy” and the fact that they use this argument as a proof of its unauthenticity is really incomprehensible. Ruled papers have been used by Ottoman bureaucracy at that time… Therefore Orel and Yuca’s presentation of one of the documents by Naim Efendi having been written on a ruled paper to prove it’s forged is completely wrong. Being written on a ruled paper does not prove that it is forged but proves the opposite that it is in fact original. The last note we want to add here is that most of the 12 points that Orel and Yuca puts forward for the unauthenticity of Naim Efendi documents consist of arguments similar to the above ruled-paper argument that can easily be refuted.

Orel and Yuca have never claimed that being written on a ruled paper is a proof of unauthenticity. On the contrary, they used original documents written on ruled paper in their books and as part of the archival documents in the appendix. For instance:

Document I: A copy of the the genuine ciphered telegram on page 88 of Orel and Yuca’s book written on a “ruled paper” and with official marks on it, dated 26 August 1915. Telegram was sent by Minister of Interior Talat Pasha to the Governor of the Sanjak of Kal’a-i Sultaniye (Çanakkale) 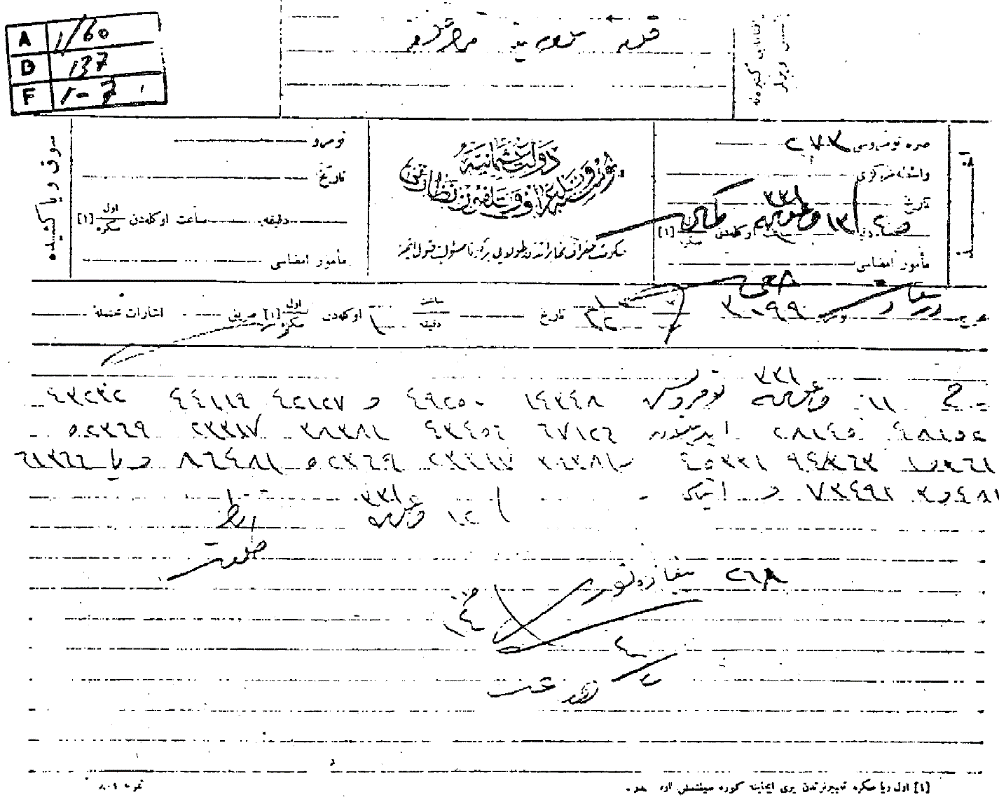 Document  II: The copy of the genuine ciphere telegram on page 89 of Orel ve Yuca’s book written on a “ruled paper” and with official marks on it, dated 11 December 1915. Telegram was sent by Minister of Interior Talat Pasha to the Governor of the Sanjak of Karahisar-ı Sahib (Afyon). 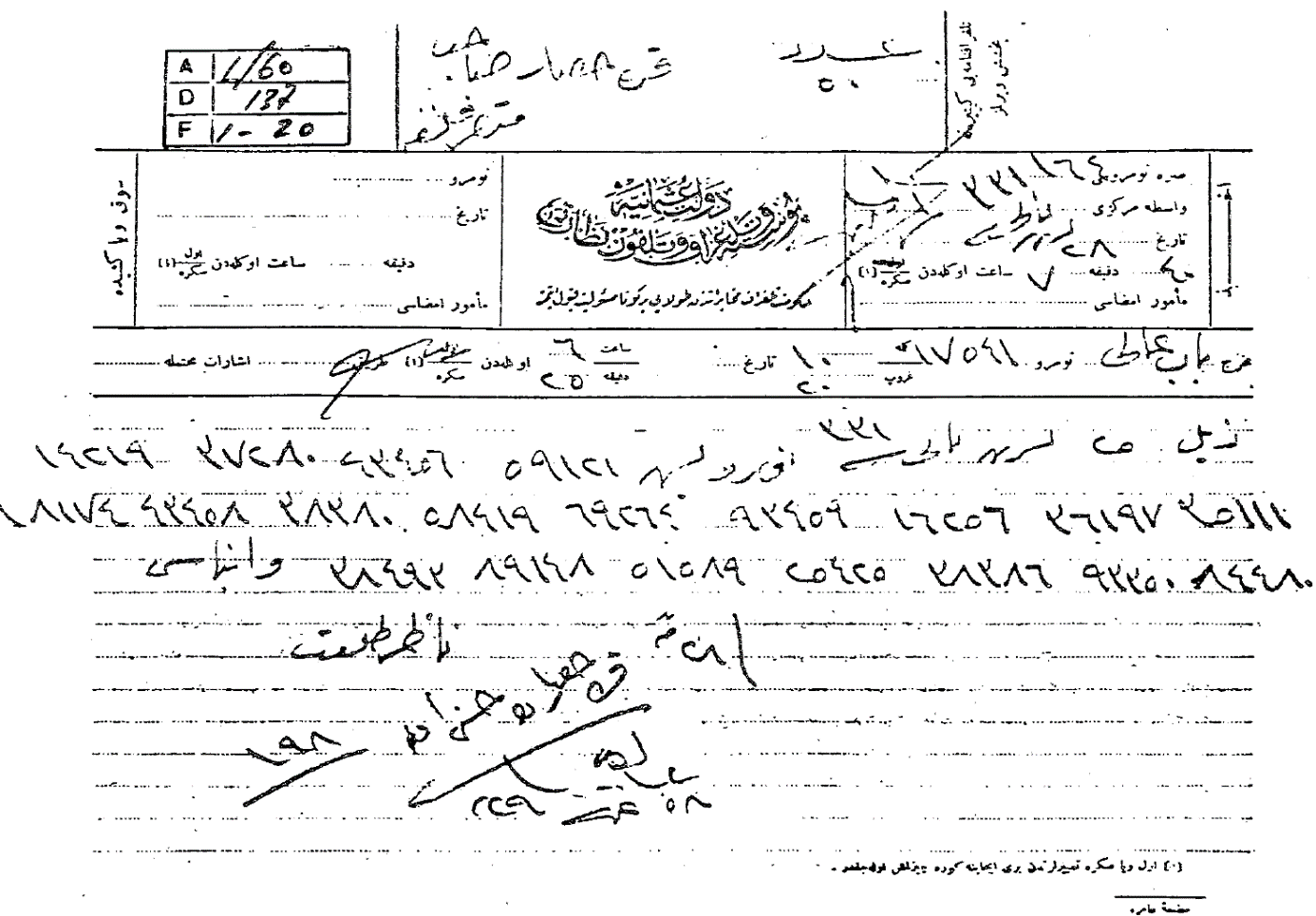 Orel and Yuca’s objection is the fact that it is nearly impossible that a document written on a double-lined paper and with no official marks could have been used in official correspondence as exemplified in the first document in this article.

A reader who compares Orel and Yuca’s statements with Akçam’s claims will obviously see that he distorts the original argument and produce a counter-argument based on that false statement. Thus in his book Akçam continues the section on that particular topic several awkwardly irrelevant information, which in turn does not refute but confirm Orel and Yuca’s statements. The remainder of the section on how Ottoman bureaucracy frequently used ruled paper, and archive documents showing how the Ministry of Interior specifically placed orders to buy ruled papers are examples of Akçam’s attempts to avoid answering the basic questions.

In our view, Akçam’s methodology in all his publications is deficient at best and this has been proven several times in the past. The essential problem here is an ethical problem. It is obviously manipulation what Akçam does. Even those who sympathize with Armenian allegations cannot ignore the extent of Akçam’s distortions.

Still, if anyone (except Akçam) will conduct an academic research on the alleged authenticity of Andonian documents that have already been proven to be forged, we await an answer to the statements in a letter by Andonian himself dated 26 July 1937 and which was quoted in Orel and Yuca’s book:

This report [Rössler’s report] is written in German. It contains much criticism about my book, which he considers lacking in objectivity. Moreover, he completely refutes most of the passages relating to the attitude of Germany during the war. There is no doubt that he is right. In most of the matters he points out. However, he forgets that my work was not a historical one, but rather one aiming at propaganda. Naturally, my book could not have been spared the errors characteristic of publication of this nature… I would also like to point out that the Armenian Bureau in London, and the National Armenian Delegation in Paris, behaved somewhat too cavalierly with my manuscript, for the needs of the cause they were defending.[3]