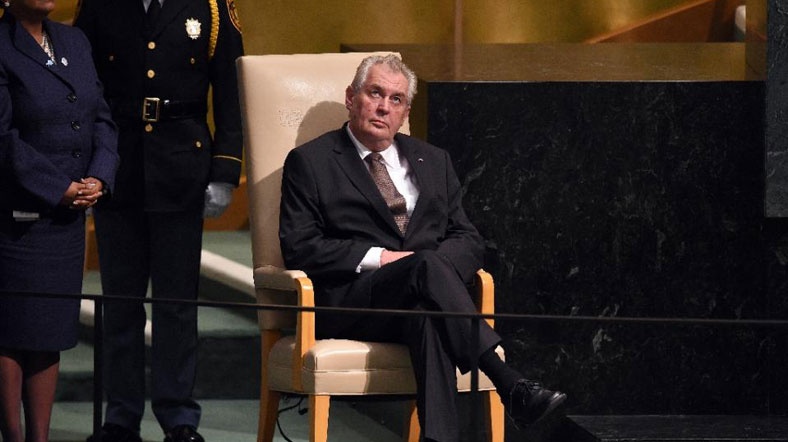 As populist extremist right continues to rise in Europe, leaders of extreme right-wing parties have begun to target non-Europeans, especially Muslims and Turks. And when it comes to election marathons, social democratic party leaders also give promises in line with xenophobia as well as the extremist right-wing party leaders. This common behavior of the two opposite wings seems to make Muslims, asylum-seekers and non-Europeans a tool for election propaganda. As a matter of fact, Europeans are getting used to more and more to the use of populist rhetoric for election propaganda in both parliamentary or presidential elections.

One of the leaders who carries out similar populist electoral rhetoric is Czech President Milos Zeman. Despite coming from a social democratic background, Milos Zeman is one of the European politicians who knows the most that racist speech wins votes and that this is a strategic move. Zeman displays a similar approach in order to be re-elected as president in January 2018[1]. The source for our thesis is Zeman’s words which were used while answering a question on October 10, 2017 during the question-answer session of the Parliamentary Assembly of the Council of Europe (PACE)[2].

Arpine Hovhanisyan, an Armenian member of congress at the PACE, thanked the Czech President for his support in the recognition of the so-called Armenian genocide and asked whether the curriculum of the schools in the Czech Republic would include courses on crimes against humanity. Responding to Hovhanisyan's question, Czech President Milos Zeman claimed that the rise in international crimes are connected to the so-called Armenian genocide. He added that the international level of crime has increased due to "Islamic terror". Zeman continued; "I must openly and honestly express that I do not use the expression 'Islamic terror', but the majority of the events are based on Islamic roots. This is linked to the Armenian genocide.[3]"

Zeman’s answer to the question of whether or not to include crimes against humanity in the curriculum of the schools in the Czech Republic was irrelevant. He replied, “We should invest in the police force and the army. We should have the courage to invest in our own guns.” He stated that, like Americans, Europeans should be encouraged in personal armament.

Promoting hate speech on religion, ethnic identity, or xenophobia are approaches that inevitably nurture violence. Thus, the use of this kind of speech by European populist leaders to attain political goals results in the inflammation of hate speech. Czech President Milos Zeman's aggressive attitude towards asylum-seekers is also well-known. Especially Muslim asylum-seekers are targets of Zeman's enmity and he does not hesitate to express his hatred[4].

On April 26, 2017; the Czech Republic adopted the so-called Armenian genocide in the parliament, which shows that the populist rhetoric in Europe reaching a racist axis goes beyond election propaganda. Zeman together with supporting the so-called Armenian genocide and he is also lately in forefront of the European populist politician tradition with his well-known anti-refugee approach[5]. These statements, coming from a politician at a position as supreme as the presidency, certainly fuels violence and terrorism even further and contradicts the core values Europe advocates.

[2] Council Of Europe, “Miloš Zeman: ‘the endeavour of the Council of Europe towards friendship and not hatred among European nations will be successful’”, https://www.coe.int/en/web/portal/-/milos-zeman-the-endeavour-of-the-council-of-europe-towards-friendship-and-not-hatred-among-european-nations-will-be-successful-