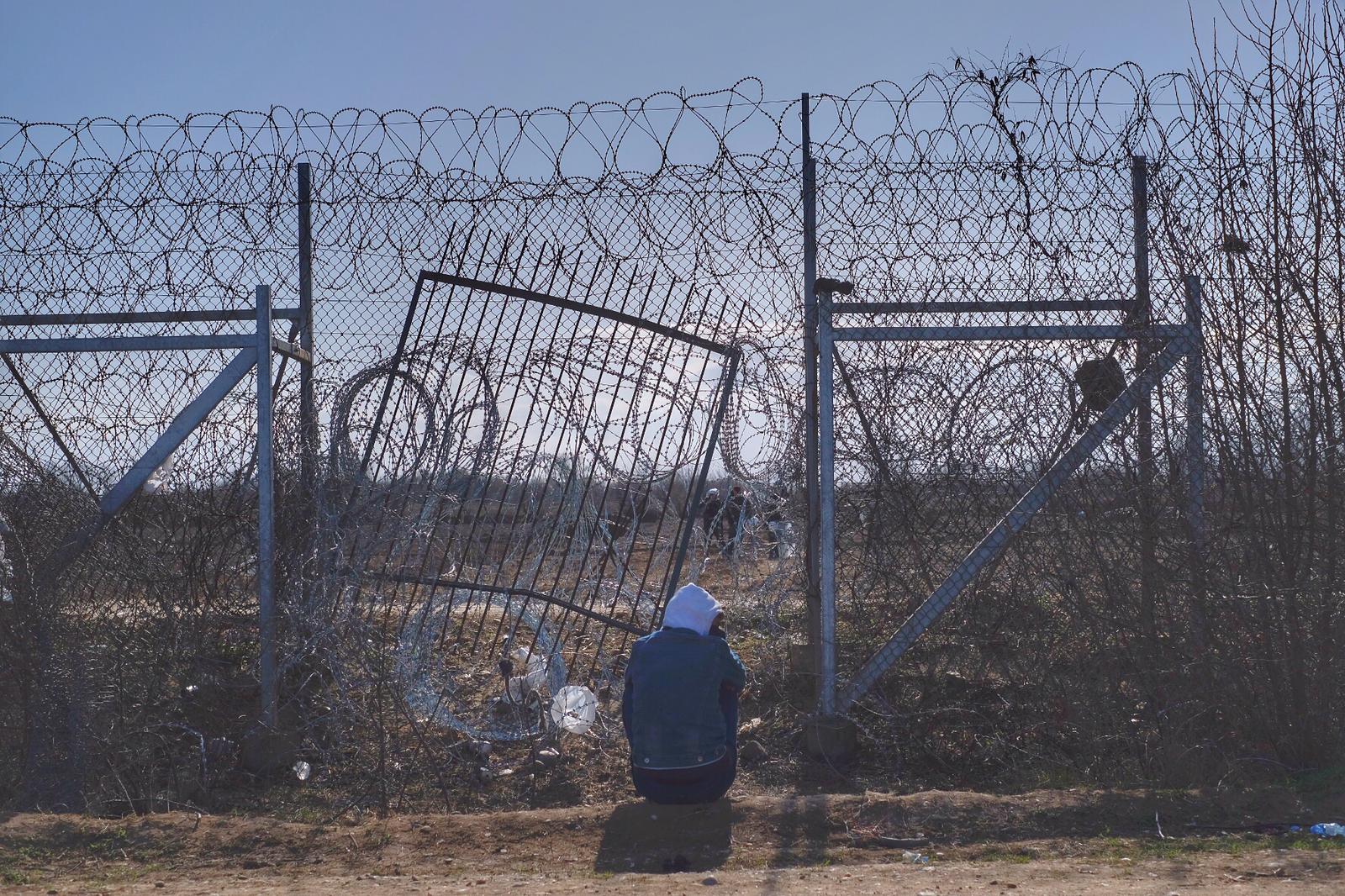 On 9 September, the fire that broke out in the Moria Camp on the island of Lesbos left nearly 13 thousand refugees without shelter, increasing their feelings of despair. Despite this, the European Union (EU) continues its policies to prevent refugees from crossing to mainland Greece.

Opened in 2015 for the registration of incoming asylum seekers and immigrants, Moria was designed and created to accommodate 3000 refugees by transforming an old military barracks. In 2015, when a record numbers of refugees, asylum-seekers and other migrants flocked to the EU, the first reception facilities were established at the external borders of the EU for the initial reception, identification, registration, and fingerprinting of asylum-seekers and migrants.[1] The largest of the camps established in Greece's five islands (Chios, Kos, Leros, Lesbos, and Samos) and in Italy was the Moria camp in Lesbos. In line with the "hotspot approach" adopted by the European Commission, the camps in these islands at the outer borders of Europe were created to carry out procedures such as processing the asylum applications of immigrants, the placement of asylum seekers, ensuring their accommodation in this process, and coordinating the return of irregular migrants.

After the signing readmission agreement between Turkey and the EU in March 2016 for the prevention of irregular migration, it became mandatory for the arrivals from Turkey to Greece to make their asylum applications in one of the five islands. While rejected asylum seekers would be returned to Turkey, others would be distributed throughout Europe.

After the EU-Turkey readmission agreement, human trafficking and migration flows to the EU have largely reduced. However, in this process, the EU countries have not fulfilled their asylum relocation promises. For example, in the two year period of the relocation scheme, Slovakia has only accepted 16 of the 902 asylum-seekers it was assigned, and the Czech Republic only accepted 12 of 2691. Spain has fulfilled just 13.7% of its quota, while Belgium has fulfilled 25.6%. The Netherlands has fulfilled 39.6% of the target it committed to, and Portugal 49.1%.[2]  In addition, the procedures were extremely slow and many refugees were stranded on the Greek islands for months or even years, as only those whose applications were approved could now go to the mainland.

In January 2020, there were 19,000 refugees in the Moria camp that had a capacity of 3,000 people.[3]  Many people were left in a vulnerable situation in the olive grove surrounding the main camp, in non-waterproof tents and deprived of their basic needs. The refugees desperately waited for evaluation of their applications within the bad conditions of the camp; electricity was frequently cut off, there was not enough water, and fights broke out the in long food lines. Education services were not provided either even though 40% of the population of the camp was under the age of 18.[4] While overcrowding, inadequate infrastructure, and poor living conditions caused serious tensions between the asylum seekers, it was observed that violent incidents were frequent and children were prone to suicide in this traumatic environment.[5] These camps on the islands, which transformed into Europe’s refugee depots, in the words of journalist Daniel Howden, were designed to act as “a spectacle… to deter future asylum seekers”.[6] These camps have been described as the “ground zero of European ignominy”.[7] While the conditions of the camp caused reactions in the international media and by human rights organizations, EU and Greek officials made statements avoiding responsibility and shifting blame to each other.

When the COVID-19 pandemic broke out, the suspension of asylum applications was legitimized on the grounds of measures to protect public health. During this period when a healthy quarantine could not be applied in the camps, civil society organizations called for the evacuation of the camps, especially the evacuation of people who were medically vulnerable, to mainland Greece or to safe places in other EU member countries.[8]

After a 6-month quarantine period, the entire camp was destroyed after a huge fire broke out on 9 September. Fortunately, there was no loss of life. Refugees who do not have a place to shelter now in Lesbos are found on roadsides, fields, cemeteries, and in makeshift shelters.[9] The EU commission has announced that one ferry will provide temporary shelter for around 1,600 people, while Greece will also provide three ships to accommodate 2,000 people.

The Greek officials' announcement that a camp will be re-established in Lesbos, and that this time it will be a closed camp, was met with the protests of both the refugees and island residents. In Germany, Germany’s Interior Minister Horst Seehofer (who prevented the arrival of refugees) and the EU countries were criticized in a protest held with the slogan "we have a place" with 13 thousand empty seats.

After the fire, Germany, France, and other EU countries deigned to accept 400 unaccompanied minors to be admitted;[10] however, the requests to transfer unaccompanied minors had been made before the fire, and this had been rejected. At this point, EU countries are being portrayed as helping in the fire disaster, yet this is the legal responsibility of EU countries. Overcrowding and poor conditions continue in the camps on other islands. The detention of asylum seekers in this way is against human rights and shows that EU values do not go beyond words. The admission and the relocation of asylum seekers is an international responsibility.

There is a point that must be made here. If these conditions to which refugees are subjected were to exist in Turkey that hosts nearly 5 million immigrants, what would the EU's reaction be and would the same indifference and tolerance be shown? Or would Turkey be accused of not respecting EU values? What would you say?

[6] Kenan Malik, “Moria’s only success has been to turn inhumanity into policy”, The Guardian, September 13, 2020,

[10]“ The tragedy on Moria should shame Europe into action”, The Guardian, September 13, 2020, https://www.theguardian.com/commentisfree/2020/sep/13/the-observer-view-on-the-eus-refugee-crisis