TALIBAN’S ADVANCEMENT AFTER THE WITHDRAWAL OF FOREIGN TROOPS FROM AFGHANISTAN
Commentary No : 2021 / 60
Gülperi GÜNGÖR
30.07.2021
8 min read 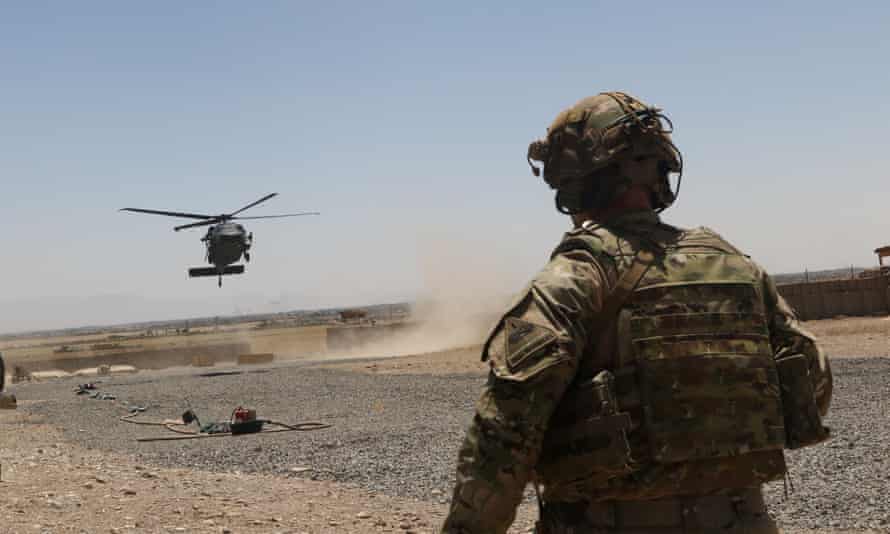 In the Doha Agreement signed between the United States and the Taliban on February 29, 2020, the Taliban assured that they would not attack the US and its allies and it was decided to withdraw all foreign troops from Afghanistan. As a result of this agreement, more than ninety percent of the US army units and the soldiers and personnel of the countries operating in NATO's "Resolute Support Mission" have withdrawn from Afghanistan.[1] In line with the principle of  "we went into Afghanistan together, we will leave together", the withdrawal of all troops and personnel from Afghanistan is expected to be completed by August.

The terrorist attacks carried out by Al-Qaeda in the US on September 11, 2001, was an important event not only for the US but also for the whole world. The US declared war on terrorism after 9/11 and launched Operation Enduring Freedom in Afghanistan on the grounds of the Taliban's cooperation with Al-Qaeda and to punish Osama bin Laden. In their struggle against the Taliban since 1998, the Northern Alliance in Afghanistan found support from the US after 2001 and cooperated with it against bin Laden. Success was declared in a short time after the military operation, and despite the failure to locate bin Laden, developments were achieved that paved the way towards the goal of establishing stability in Afghanistan.

The US-led intervention in the fight against terrorism was then shaped on an agenda of state-building and democratization in Afghanistan. In 2002, the Bonn Conference was held, where state-building for the post-Taliban era was also discussed. With the establishment of the "International Security Assistance Force" (ISAF) in accordance with the Bonn Treaty and the UN Security Council Resolution 1386, it was decided to start the activities of international coalition forces in Afghanistan for security assistance to Kabul, until stability in the region is achieved. The Taliban was never rooted out amidst this process, and the absence of a strong and centralized state in Afghanistan was cited as the source of the country’s security problem. In this direction, deriving from the “democratic peace theory”, a peace building program was proposed that included the writing of the constitution, holding of elections, and the implementation of reintegration programmes.[2] However, as various experts argue, there was a divergence between proclaimed commitments to liberal principles and actual practices on the field during this process.[3] Experts indicate that, since 2008, the inclusion of local actors through a decentralized understanding has been shown as a solution for Afghanistan’s problems. However, experts point out that wartime dynamics have been reproduced through bargains with former mujahideen commanders, donations have facilitated the creation of vast networks of patronage, and western states have selectively instrumentalized Afghan history and culture to advance their own strategic interests.[4]

Osama bin Laden, who was thought to been hiding in the Tora Bora mountains of Afghanistan, was instead caught in Pakistan in 2011. By 2014, ISAF had been abolished and replaced by NATO-led Resolute Support Mission (containing a limited number of participating states) with the goal of strengthening Afghanistan's own military and providing training, advice, and assistance to Afghan security forces and institutions. This mission has constituted the presence of the western forces in Afghanistan until today.

Stability in Afghanistan has not be achieved over the years, and the Taliban has been elevated to a legitimate position as a result of the acceptance of the Taliban as an actor based on the US-Taliban agreement in Doha. Another article of the US-Taliban agreement envisages intra-Afghan dialogue, and through this, it has been decided to carry out negotiations between the Afghan government and the Taliban. Although intra-Afghan dialogue talks started in September 2020, the Taliban intensified their attacks against government forces. Declaring that they will not seek a solution in the negotiations until all foreign troops are withdrawn from Afghanistan, the Taliban has advanced in this process and achieved key gains. Taliban did not participate in the Afghanistan peace talks which had been planned to be held in Istanbul on April 24, 2021. Between May 1 (when US troops began to withdraw) and July, the Taliban has doubled the areas under their control.[5] It is being stated that Taliban currently dominates 85 percent of the country and that it has seized large quantities of weapons and ammunition from Afghan soldiers.[6] Afghanistan's borders with Iran, Pakistan, Turkmenistan are currently under de facto control of the Taliban.

Each incident that occurs in Afghanistan, a country located in the southern belt of Eurasia, very closely concerns all Eurasian countries. An influx of refugees has started from Afghanistan to Iran, and from there, to Europe via Turkey. Possible civil war scenarios are being mentioned in case Taliban completely takes over the country, which will result in the multiplication in the number of refugees.

Hegemony is established either through force and coercion or through social consent. The intentional or unintentional failure of the peacebuilding process in Afghanistan and the US' hasty departure from Afghanistan before it has yet to be stabilized creates a chaotic situation in the region. This development creates a basis for a re-intervention in the region. As a matter of fact, the issue of placing the military infrastructure of the US and NATO in Central Asian countries for the security of the region has come to the fore. However, it is seen that the other two powers in the region, Russia and China, have taken a stance against this. It has been emphasized by Russia that the resettlement of the American military presence in neighbouring countries to Afghanistan is unacceptable,[7] and it has been reported that the Taliban is developing relations with China in this process.[8] Meanwhile, the developments in the region have also been the focus of the Shanghai Cooperation Organization.

Except for a narrow border with China, in Afghanistan (which neighbors five countries), only the borders with Uzbekistan and Tajikistan have been left that are not controlled by the Taliban. If Taliban takes these borders as well, it will completely dominate Afghanistan in terms of the country’s external links. Turkey has suggested for its existing forces at Kabul Hamid Karzai Airport to stay there, ensuring the access and security to foreign missions and diplomatic representations in Afghanistan. It has been stated that Hungary and Pakistan can also contribute to the security of the Kabul Airport.[9]

Turkey's presence in Afghanistan was first as a part of ISAF and then as part of the Resolute Support Mission, and in this process, Turkey did not take any combat role in Afghanistan, nor did it engage in any armed conflict other than in self-defense. In addition to the historical strength of Turkish-Afghan relations, the fact that many doctors and officers from Turkey took part in the modernization process of institutions in Afghanistan at the beginning of the 20th century, the development supports of the Turkish Cooperation and Coordination Agency (TIKA) and the Turkish Armed Forces, and the active involvement of Turkish companies in Afghanistan (especially in the construction sector) have all been developments that have contributed to the feeling of closeness felt by the Afghan people towards Turkey.

Regarding Turkey's proposal to secure the Kabul Airport, various experts have commented that Turkey has assumed a moral obligation towards Afghanistan. It is emphasized that Turkey has a unique position that will enable it to establish cooperation in Afghanistan in the context of the sympathy felt for Turkey by Afghan people and Turkey's relations with other regional actors.

Turkey continues to discuss the status of Hamid Karzai Airport with the United States, which is withdrawing its troops, and the Afghan government. However, the Taliban, which has de facto control of a large part of the country, opposes Turkey's offer to stay in the country to operate the airport in Kabul and ensure its security, and wants the Turkish soldiers to withdraw alongside allied troops. In this dilemma and amidst a situation where some countries have started to close their diplomatic missions in Afghanistan, Turkey should proceed carefully, and if its military presence in the country is to be preserved, it must be supported primarily by the Afghan people and administration and the international community.

[2] Florian Krampe, “The liberal trap: Peacemaking and peacebuilding in Afghanistan after 9/11”. In: Eriksson, M. and Kostić, R. (Eds.), Mediation and liberal peacebuilding: Peace from the ashes of war (Sweden: Routledge, 2013), p.57.