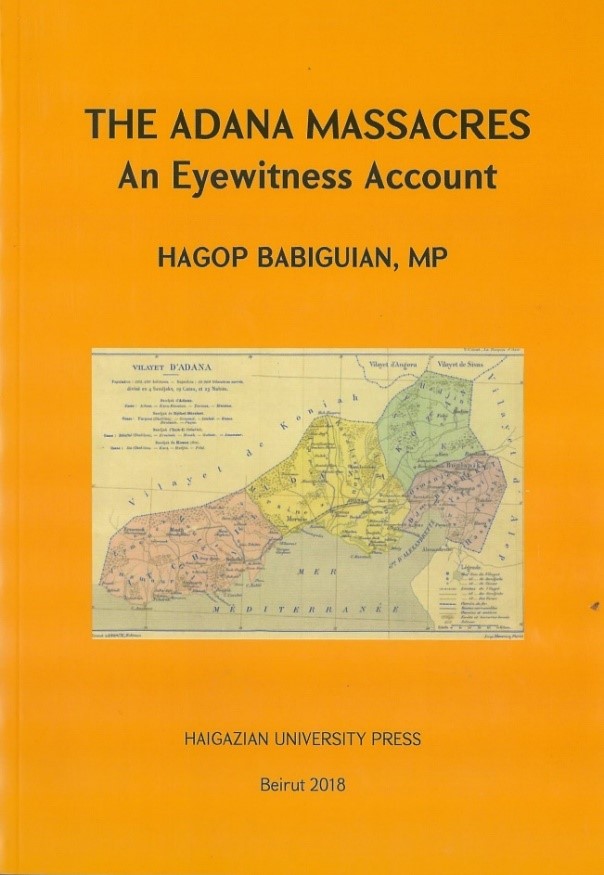 In 2018, Haigazian University Press in Beirut re-published a report by Hagop Babikian on the Adana events of 1909 titled “The Adana Massacres: An Eyewitness Account.” The book’s introduction, next to numerous errors of fact, also contains a great number of misrepresentations and outright distortions.

In fact, the very title of the book is an outright misrepresentation. Hagop Babikian was an Armenian deputy in the Ottoman parliament. In 1909 when the counter-revolution in Istanbul was suppressed by the Action Army that arrived from Macedonia, the Ottoman parliament re-convened and decided to send an investigative committee to Adana consisting of 3 deputies, one of whom was Babikian. They went to Adana months after the events in Adana occurred. Therefore, his report could have hardly been described as an “eyewitness account” as he did not witness the events firsthand.

In addition, the introduction bizarrely states that upon his return to Istanbul, Babikian died under mysterious and suspicious circumstances. Nothing can be further from the truth, since at the time of his death, an autopsy conducted by 12 Armenian physicians concluded that Babikian died of natural causes cardiac arrest.

Adding further insult to injury, the introduction claims that the events in Adana represented a “pattern of extermination” on the part of the government, yet fails inform its readers that because of the Adana events, the Ottoman government executed more than 120 Muslims in order to punish and discourage inter-communal violence.

This new edition by Haigazian University Press is thus another addition to a long list of distortions by the Armenian nationalists in their campaign to misrepresent history.