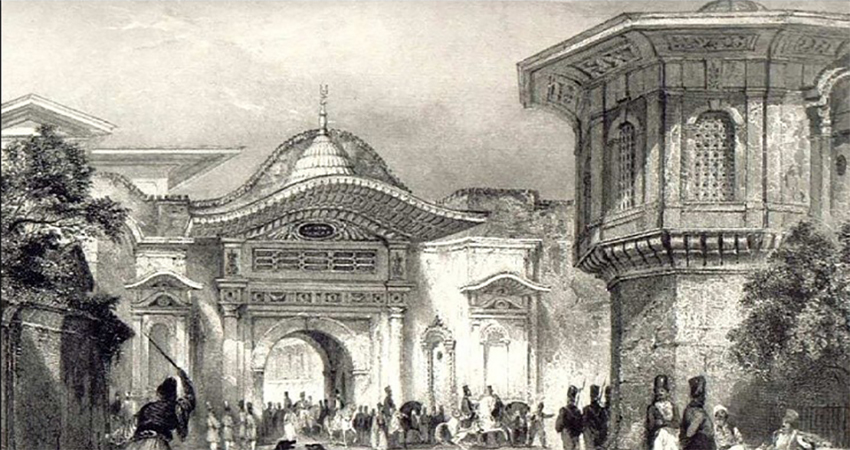 Furnish’s article has some keen observations, but it also suffers from the biases prevalent among Western journalism and academia regarding Turkey and the Turkish people. He begins his article with a rather cliché explanation of the Armenian Question that he characterizes as a genocide:

“The Ottoman state was officially and majority Muslim. But it ruled vast Christian majority regions for centuries, until the late 19th and early 20th centuries. That’s when nations like Greece, Serbia, and Bulgaria regained their independence. The now more Muslim population in the rump empire blamed this on the remaining Christian minorities.”

This is an oversimplification of the complex history of the Ottoman Empire’s collapse and is also misleading due to its selection and presentation of facts. Greece, Serbia, and Bulgaria did not simply “regain their independence”, but owed their independence to the invasion of the territories of Ottoman Empire by one or more European powers of the time. Such interventions and “regaining of independence” often entailed ethnic cleansing and murder of Muslim population in these territories on a massive scale. Furnish, however, does not mention any of these.

It is also inaccurate to argue that the Ottomans blamed “the remaining Christian minorities” for these developments and atrocities. In 1914, the Ottoman Minister of Foreign Affairs was an Armenian, as was the Minister of the Posts and Telegrams. One should also keep in mind the ambassadors, consuls, and bureaucrats of Christian background serving in the high offices of the Ottoman government. A state blaming its “remaining Christian minorities” for the loss of its territories would not have allowed any of these. However, the Ottoman government did indeed fear the repeat of the scenario it experienced in the Caucasus, the Balkans, and Crimea; namely the murder and ethnic cleansing of its Muslim subjects in its remaining territories in Anatolia following loss of territory. Unfortunately, a certain section of the Ottoman Armenians did indeed intend to do that in eastern Anatolia with aid from Russia, Britain, and France.

Furnish further argues that “A century ago, Christians made up 20% of the region’s population. Now? At most, 5%”, and in doing so embraces the classic (and highly problematic) Western position on the region’s tragic history that only concerns itself with the fate of the Christians.

In a similar way, Muslims constituted about 90% of Crimea’s population, but they are now only 10%. Yerevan once had over 80% Azerbaijani population, but now it is 0%. Sofia once had a Turkish majority, but now it does not have any native Turks left. Before the Ottoman Empire lost the region in 1913, half the population in the Ottoman Balkans was made up of Muslims. Nowadays, it is around 10%. Yet, none of these seem to bother Furnish’s Christian sensitivities.

Despite these biases, the article by Furnish also has some merits. He recognizes that modern Turkey is not the Ottoman Empire and that referring to its foreign policy as “neo-Ottomanist” is misleading.  Like its Ottoman predecessor, Turkey strives for stability in the Middle East and combats extremist groups like the Ottomans did “fundamentalist Sunnis, Shi`i sects, and even apocalyptic Mahdis,” many of which “resemble, and are predecessors to, modern terrorist groups.” According to Furnish, “we can learn something about dealing with such threats from the Ottoman experience.” This would also involve better relations with Turkey, a NATO member and EU candidate country with a functioning a constitutional democracy and a rule-based system. The alternative to working with Turkey include closer ties with Saudi Arabia and Iran, which, in Furnish’s opinion, are not quite appealing; “The former, while our ally, is a fundamentalist Sunni state ruled as a royal preserve by an extended family — one detested in much of the Muslim world. The latter is an eschatological Shi`i theocracy which is working towards nuclear weapons, and spoiling for a war with Israel.”

It would be prudent for Western policymakers to abandon their anti-Turkish approach and consider some of Furnish’s recommendations for the region.

*Picture: A drawing of the Ottoman Sublime Porte - Source: http://www.istanbul.gov.tr/babiali-tarihcesi

[1] Timothy Furnish, “The Armenian Genocide: Not the Only Legacy of the Ottoman Empire,” The Stream, May 2, 2022, https://stream.org/the-armenian-genocide-not-the-only-legacy-of-the-ottoman-empire/