THE SECOND INTERNATIONAL SYMPOSIUM ON TURKISH-ARMENIAN RELATIONS AND GREAT POWERS ORGANIZED BY ATATÜRK UNIVERSITY KICKED OFF IN ERZURUM
Commentary No : 2015 / 56
AVİM
05.05.2015
2 min read 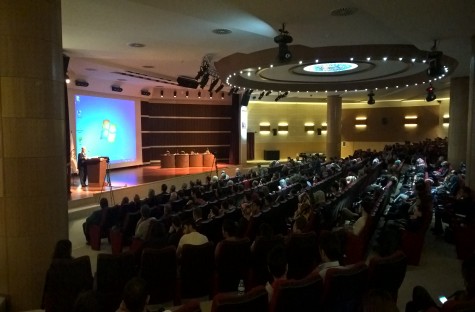 The Second International Symposium On Turkish-Armenian Relations and Great Powers organized by Atatürk University kicked off in Erzurum.

The first opening speech was made by Prof. Dr. Erol Kürkçüoğlu, head of Turkey-Armenia Relations Research Center. Kürkçüoğlu stated that every year Turkey was suffering from “genocide allegations syndrome”. Kürkçüoğlu indicated that perception operations were conducted this year as well through several international personalities, statesman and parliamentary resolutions. Indicating that he was speaking based on historical documents, he stated that the Ottoman Empire was forced to resettle the Armenians and added that if this was not carried out, Eastern Anatolia would have shared the same fate as Nagorno-Karabakh.

Vice Rector of the Atatürk University, Prof. Dr. Sait Keleş stated that Armenian genocide allegations were used against Turkey as a political pressure mechanism. He indicated that the Armenian diaspora and its supporters were trying to shift historical issues to a political ground using these allegations. Stating that these attempts were oversimplifying things, he said that such an approach was against the principals of history.

Erzurum Metropolitan Municipality Mayor Mehmet Sekmen pointed out that Armenian genocide allegations were used for anti-Turkism, political gains and imperialistic ambitions. He stated that considering the general situation, there was a Christian solidarity within the framework of genocide allegations. He indicated that being from Erzurum and being the mayor of Erzurum, he was bothered with the on-going Great Armenia project, which emerged in the past and recognizes Erzurum as its capital.

Ömer Engin Lütem, the honorary president of AVİM, stated that, on the centennial of the resettlement of the Armenians, Turkey has faced oppression more than ever. He mentioned that Turkey was condemned and sometimes was accused in conferences and ceremonies held in Western countries.  Lütem also pointed out that all these condemnations and accusations were made as if the incident took place today and it constitutes a bizarre situation.  He indicated that Turkish-Armenian dispute is the matter of both history and international relations. Lütem stated that compensation and land demands by Armenians based upon genocide allegations were legally invalid and restitutions depended on the judicial processes. At the same time, Lütem pointed out that the demands to open the Turkey-Armenia border was not possible due to the on-going occupation of Nagorno-Karabakh.

Following the opening speeches, the symposium will continue with eight panels in total, some of which will be synchronous. The conference will continue for two more days and will conclude on Friday.