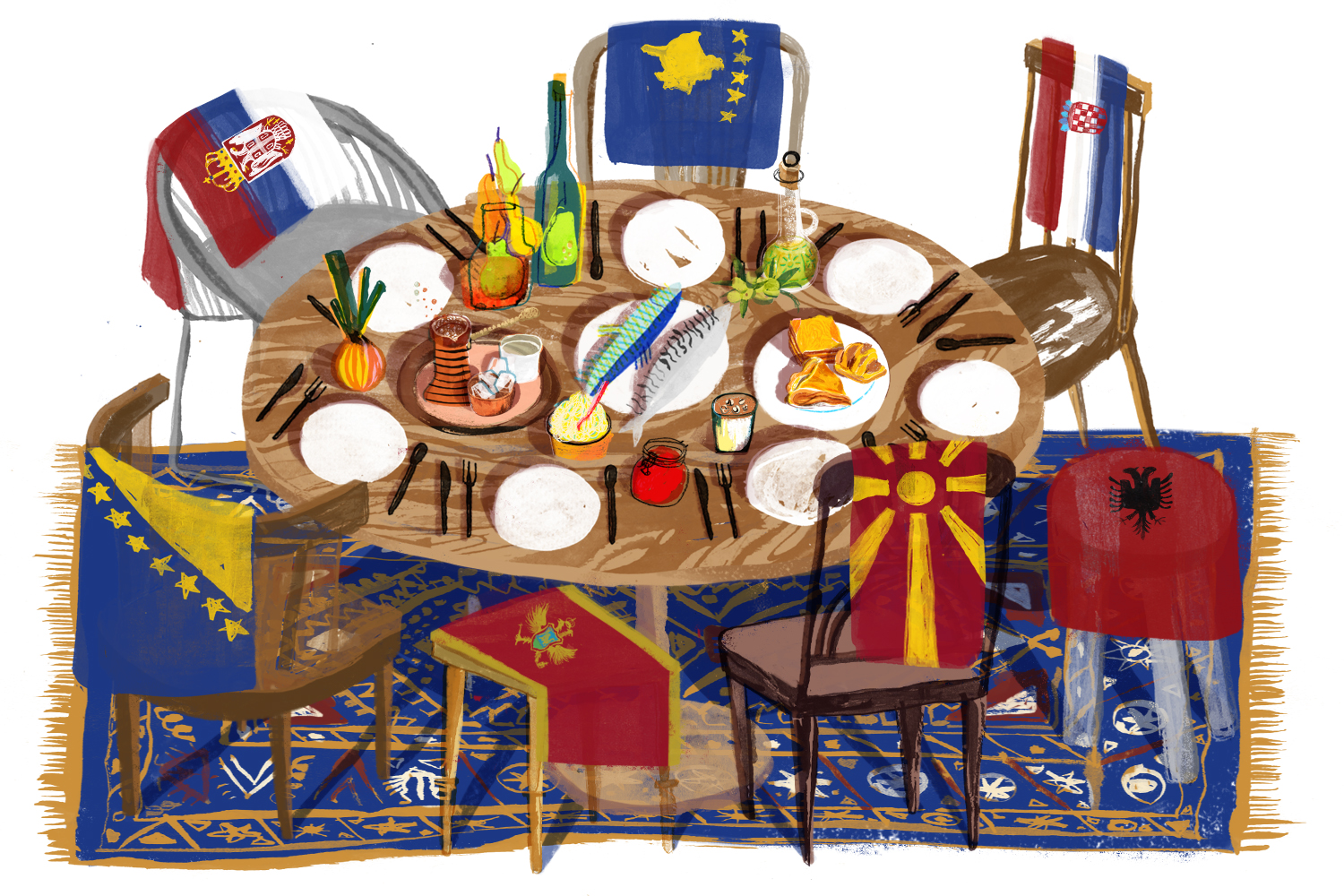 Currently, the Western block is focused on different parts of the European continent, namely, the Baltics and the Balkans. Yet, unlike the Baltic region, the Balkans has not only been experiencing political crisis but also an existential crisis for quite some time now. The Western countries and specifically the European Union countries as a group have decided to transform the Balkan region ontologically, starting with its name. Apparently, the Balkans is divided into three sub regions. According to the EU; Croatia, Bulgaria, Romania, and Greece, since they are members of the EU, are not part of the Balkans anymore. On the other hand, Bosnia-Herzegovina, Serbia, Montenegro, Kosovo, Albania, and Macedonia comprise the so-called "Western Balkans" sub-region.  Turkey, by its lonesome self, makes up the "Eastern Balkans" region. How a single country by itself can make up a region is left unexplained. It is clear that the term "Eastern Balkans" is used as an exclusionary term; it is simply utilized by the EU to exclude Turkey from the rest of the European continent.

Even though the term "Western Balkans" has been long in the making, it is not a historical term. It is an artificial term created by the European Union in the early 1990s. It seems that the term, when it was created, served several purposes. Firstly, it allowed the policy makers in Brussels to neatly exclude Turkey from the enlargement process. Even if the process was not of exclusion, it definitely was of a neat separation from the rest of the “Balkan states”. Secondly, the term of “Western Balkans” allowed Brussels to prioritize and approach the non-EU Balkan countries in a compact manner.[1] Thirdly, it allowed certain policy makers in Brussels who had lost faith in the term of Balkans to start a democratization process in the region with a blank slate. It allowed these policy makers to leave behind the concept of “Balkanization”. It is interesting to note how easy it is for Brussels to contemplate that it could reshape and rebuild an entire region. This understanding indicates Brussels' amusing judgement that an entire history, hundreds of years of accumulation of past experience, can simply be left behind by the abrupt and unilateral decisions of a couple of institutions and a certain amount of funds.[2]

Lately, the Western media is being filled with articles regarding the troubles the “Western Balkans” region is experiencing. The latest of these so-called troubles is what Macedonia is currently experiencing. As international news reflected widely, a masked gunmen stormed the parliament building in Macedonia. During the attack, Macedonian Social Democratic leader Zoran Zaev was injured.[3] This is one of the latest attacks in a series of incidents in the EU-invented region of "Western Balkans”. Not long ago, in April, there was an alleged coup attempt in Montenegro that resulted in 14 people being arrested over the incident.[4]

So what has happened so far in the "Western Balkans”? Has the rebuilding of the Balkans from the ground up brought about peace and prosperity to the Balkans? Rebuilding the Balkans from ground up can be realized only when these countries are accepted to the EU as promised. In such a case, maybe the pesky Balkans would not exist anymore and Turkey might be the lonely custodian of the "Eastern Balkans". However, it should not be forgotten that Turkey would exist there even if its road to the EU is blocked by the EU itself.

Nowadays, according to the academia and policy makers in Brussels, the problems in the "Western Balkans" are clear. These questions are being collected around three main areas. Firstly, these countries are facing democratization problems. Secondly, Russia is meddling in these countries’ internal affairs. Thirdly, because of this situation, there is a need for the European Union to step up as an actor.[5] After the collapse of Yugoslavia, the political parties in the regional countries began to compete with each other in order to demonstrate that they are for the reforms and the democratization process dictated by the EU.  For example, even center-right parties took up the issues that are not on their traditional agenda, such as gender equality that is usually in the domain of center-left parties, for taking credit in this competition. This showed the electorate in the “Western Balkan” countries, that political parties in the said countries were embracing democratic reforms and embracing cooperation with international community.[6] However, when the promises made by the EU were not kept, the leaders that came to power began to question the benefits of EU membership. They started to question that if there is no foreseeable possibility for the EU membership, why should they give up their power? In other words, illiberal tendencies have begun to increase in the region because of the empy promises made by the EU.[7]

The second point that the academia and policy makers are focusing on is the argument that Russia is meddling in the “Western Balkans” region. It is argued that Russia is a destabilizing actor in the region.[8] It is interesting to note that both the academics and policy makers seem to be disregarding the fact that, like Turkey, Russia has been historically part of the Balkan politics. They were pushed out of the, or at least tried to be pushed out of the region when a new political construction was being attempted to be introduced into the region under the so-called umbrella of “Western Balkans” region in which there was no place for them. Such historical powers of the region, even if one would like to call them as "outside powers”, may not take kindly this characterization of "outsider" and cannot accept to be pushed out of the playground. This is a historical fact in the region.

Despite all the above discussion, nobody seems to be raising one of the most important issue on the table: the reconstruction of the Balkans from ground with disregard to sociological and historical facts. The foremost goal of the building of the concept of “Western Balkans” is to leave Turkey outside the Balkans and Europe. In fact, some even argue that Turkey, after the recent public failure of the European Union in the region, is meddling in region. Actually, the real question is, (especially considereing the fact Turkey is geographically a Balkan country and has historically and culturally been part of the Balkans for decades) who is the real meddler in the Balkans: the European Union or Turkey? Over the last year, with the election of Donald Trump as the President of the United States of America, the European Union seems to have lost one of its most important ally in the region. Thus, it is now alone in the region against the Russian Federation. The rational way for the EU in securing the stability in the region is the elimination of the term of “Western Balkans” from its terminology and in reverting back to original concept of the Balkans, which will ensure the integrity of the region. This way, the European Union can resume cooperation with Turkey in the Balkans, as it should have done in the past. This seems a realistic as well as pragmatic way for the EU to succeed in the region.

[1] Ognyan Minchev, “The Western Balkans In 2010/11: Departure In Democratization And European Intergration In Europe’s Southeast” (Sofia: Institute For Regional and International Studies, January 2012).

[6] Bego, “Why Are the Western Balkans in Crisis? These Are the Three Primary Tensions.”

[10] Bego, “Why Are the Western Balkans in Crisis? These Are the Three Primary Tensions.”