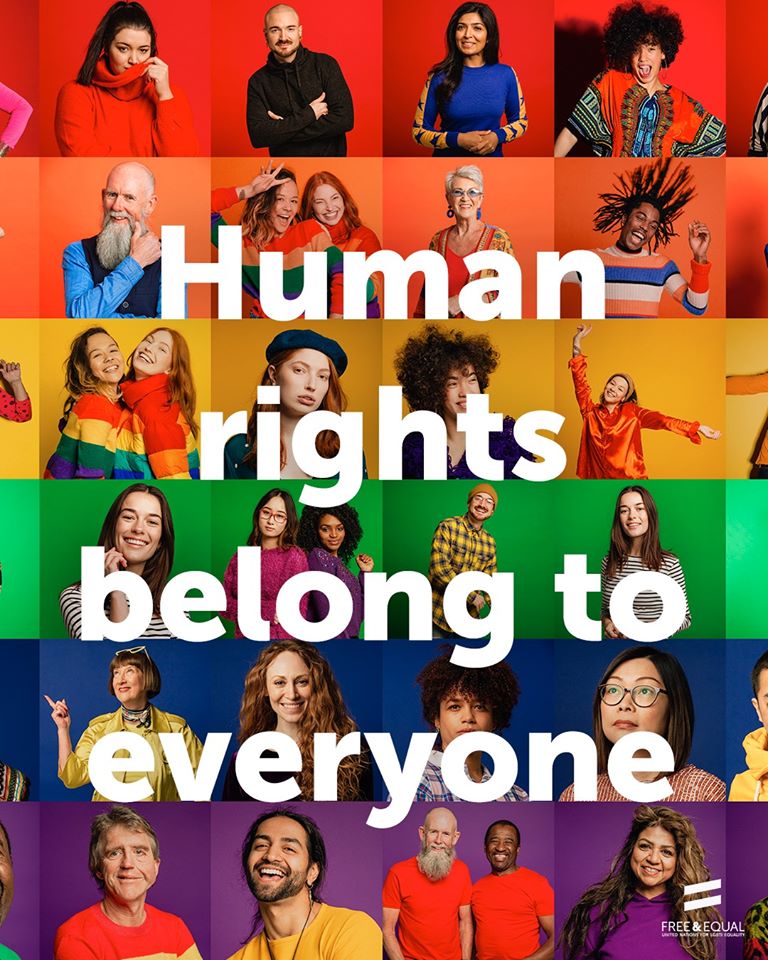 On the occasion of the celebration of the 30th anniversary of the Declaration, the EU made a statement on 21 September 2022 in New York. According to the official website of the Delegation of the European Union to the United Nations, the statement was delivered by the EU Special Representative for Human Rights, Eamon Gilmore.[4] EU statement emphasizes that "30 years after the adoption [of the Declaration], the EU remains convinced that the full realization of the human rights of persons belonging to minorities fosters social cohesion and solidarity and is key for preventing conflicts and ensuring long-term stability." The statement continues with the judgment of the EU that "Regrettably, persons belonging to minorities across the world face discrimination and are often excluded from fully taking part in society. Those facing discrimination on multiple grounds are at particular risk." The EU statement refers to human rights violation cases on an international scale that poses a risk to the international community. The EU, in this context, brings to the fore the following issues:

The EU then emphasizes the following regarding Turkey:

"The EU deeply regrets past discriminatory policies implemented by Turkey, which resulted in the Greek Minority currently being on the verge of extinction. In this context, the EU reiterates the call on Turkey to protect human rights, fundamental freedoms, and the rule of law, including property rights of persons belonging to minorities and minorities' legal entities."

It is astonishing, at the very least, that the EU Special Representative, while talking about significant human rights violations and offering examples that are of worldwide importance today, also brings up the claim in its statement that the "past discrimination against the Greek minority in Turkey" which has nothing to do with the significant human rights violations on an international scale. There is no doubt that this sentence was included in the statement of the EU Special Representative for Human Rights, Eamon Gilmore, upon the insistence of Greece, which has made a habit of using the EU as a tool in its smear campaign against Turkey. It is a fact that Greece has recently intensified its smear campaign against Turkey and the Turkish people. This campaign is moving to a more dangerous dimension with each passing day. Unfortunately, we cannot know to what extent EU Special Representative for Human Rights knew about the substance and background of the Greek allegations while including this claim in his statement. For example, we do not have the opportunity to evaluate how much he knows about issues like Greece's attempt to invade Anatolia with the encouragement and direction of the Allied Powers after the First World War, the crimes, and atrocities it committed against the Turkish, and Muslim population in Anatolia during this attempt. It should be noted in this context that Article 59 of the 1923 Lausanne Peace Treaty stipulates that "Greece recognises her obligation to make reparation for the damage caused in Anatolia by the acts of the Greek army or administration which were contrary to the laws of war."[5]

Moreover, we are also not sure whether the EU Special Representative for Human Rights is familiar with the humiliating defeat of the Greek invasion army after its adventurous military campaign in Anatolia, the trauma caused by this defeat in Greek society, and the population exchange that was made between the two countries in line with the "Convention Concerning the Exchange of Greek and Turkish Populations" signed at Lausanne, Switzerland, on 30 January 1923.[6]

These persons shall not return to live in Turkey or Greece respectively without the authorization of the Turkish Government or of the Greek Government, respectively."

Those Greeks and Moslems who have already, and since the 18th of October 1912, left the territories the Greek and Turkish inhabitants of which are to be respectively exchanged, shall be considered as included in the exchange provided for in Article 1.

The expression 'emigrant' in the present Convention includes all physical and juridical persons who have been obliged to emigrate or have emigrated since the 18th of October 1912."

In this vein, it should be noted that Articles 37 to 44 of the Lausanne Peace Treaty cover the rights of non-Muslim minorities in Turkey, while Article 45 states that "the rights conferred by the provisions of the present Section on the non-Moslem minorities of Turkey will be similarly conferred by Greece on the Moslem minority in her territory."

Taking advantage of the dealing with the issue of minority rights in the context of the Lausanne Peace Treaty, we would like to bring to the kind attention of the EU Special Representative for Human Rights, Eamon Gilmore, the acute problems that Turkish Minority faces within Greece since the mentioned minority cannot enjoy the fundamental human rights even stemming from century-old international treaties like the Lausanne Peace Treaty of 1923.

Firstly, Greece denies the ethnic identity of the Turkish minority of Western Thrace on the grounds that the Lausanne Peace Treaty refers to the "Muslim minority" and does not take into account the title of the population exchange Convention, which explicitly refers to "Greek and Turkish populations." It should be mentioned in this vein that the EU statement refers to the "Greek Minority" in Turkey. If the population exchange of 1923 was based on religion basis rather than ethnic identity and the Turkish minority in Greece was denied using the name of its Turkish ethnic identity, the EU cannot use the terminology of "Greek Minority" in Turkey. The EU should use the correct terminology of "Turkish nationals of the Greek Orthodox religion" as stipulated in Article 1 of the population exchange Convention. This is a fundamental issue, and the EU should not fall into the trap of Greece's byzantine machinations.

Secondly, the Lausanne Peace Treaty safeguarded the Turkish minority's right to education in their mother tongue. However, the Turkish minority faces problems in the field of education. Kindergartens are part of the compulsory education for the Turkish minority as of the 2011-2012 school year in Greece. However, the minority's request for opening bilingual minority kindergartens has not been met, with applications pending from 2011. Furthermore, under new legislation that took effect in 2011, minority elementary schools have either been closed down or merged with others. This legislation has not paved the way for opening new minority elementary schools in places in dire need of a minority school. In this respect, the lack of an adequate number of minority secondary-high schools and the lack of enough qualified teachers also should be mentioned.

Thirdly, restrictions on the freedom of religion are a chronicle problem for the Turkish Minority. As per the information contained in the web page of the Ministry of Foreign Affairs of Turkey, "in violation of the provisions of the Treaty of Athens, Greece promulgated a Presidential Decree which laid out provisions for the appointment of Muftis by the governors of the provinces, and the Law no: 2345/1920 was abrogated. Subsequently, not only did the Greek authorities appoint Muftis against the will of the minority, but the Muftis elected by the minority were subjected to trials and prison sentences."[7]

Fourthly, there are problems regarding land and the acquisition of immovable properties.

Fifthly, Greece has been interfering with the administration of Muslim charitable foundations dating from the Ottoman period in violation of the relevant international agreements. Election of the executive boards of the Muslim foundations by the minority has not been possible since 1967, the military junta takeover. This practice has led to the mismanagement of these foundations, with their properties expropriated. The foundations have also been subject to excessive taxes. However, the fall of the junta in Greece has not paved the way for removing such practices introduced during the junta rule.

Sixthly, the deprivation of Greek citizenship is another problem for the Turkish minority in Greece. According to the information contained in ECRI (European Commission against Racism and Intolerance) report on Greece published on February 24, 2015, "Some 60 000, mainly ethnic Turks, from Western Thrace lost their Greek citizenship under Article 19 of the citizenship law, which was in force from 1955 until 1998. The repeal of the provision was not retroactive. Therefore, one has to apply to regain one's Greek citizenship. Furthermore, the persons concerned must reside in Greece. The Ministry of Interior has informed ECRI that so far, all requests from persons living in Greece have been processed, except for one which is still pending; minority representatives have mentioned that at least 30 requests have not been granted yet, which they perceive as an ongoing injustice and obstacle to full integration."[8] ECRI recommended that "the [Greek] authorities reinforce their efforts to rectify the negative consequences of Article 19 of the citizenship law, which resulted in many persons still being unable to regain their Greek citizenship."[9] We want to point out that there is no reference to Article 19 problems of the Turkish minority in the reply of the Greek Government to ECRI's analysis and suggestions.[10]

In his statement to the UN, it is regrettable that the EU Special Representative for Human Rights included the allegations regarding Greek Orthodox Turkish citizens with minority status in Turkey without adequately examining the issue imposed on him by the Greek authorities. We understand from the EU Special Representative for Human Rights webpage that "the tasks of the Special Representative for Human Rights are to enhance the effectiveness and visibility of EU human rights policy." It is stated on the webpage that "the Special Representative has a broad, flexible mandate, which provides the possibility of adapting to evolving geopolitical circumstances [and] works closely with the European External Action Service, which provides full support to his work."[11] It is also mentioned that "he has the responsibility to guide the implementation of the EU's Action Plan on Human Rights and Democracy which the 27 EU Member States adopted in November 2020" which includes an action plan on human rights and democracy and sets the level of ambition and defines the priorities of the EU and its Member States in this field in relations with all third countries.[12] This term of reference of the Special Representative indicates that he has no authority to deal with the human rights violation problems in the EU member countries. However, we assume that if he becomes knowledgeable about the human rights violations against certain minorities in member states, he can be more careful about bringing to the fore the problematic issues that may be imposed on him by some member states such as Greece. In this context, we believe that if one has a glass house, it will be beneficial not to throw a stone at his/her neighbor's window.

[1] “Declaration on the Rights of Persons Belonging to National or Ethnic, Religious and Linguistic Minorities” (United Nations Human Rights Office of the High Commissioner, December 18, 1992), 47/135, https://www.ohchr.org/en/instruments-mechanisms/instruments/declaration-rights-persons-belonging-national-or-ethnic.

[2] UN Treaty Series, Volume 999, No. 14668, (pp. 171-186). International Covenant on Civil and Political Rights. Adopted by the General Assembly of the United Nations on 19 December 1966. Article 27 of the Covenant reads as follows: “In those States in which ethnic, religious or linguistic minorities exist, persons belonging to such minorities shall not be denied the right, in community  with the other members of their group, to enjoy their own culture, to profess and  practice their own religion, or to use their own language.”“International Covenant on Civil and Political Rights” (United Nations, December 16, 1966), 14668, https://treaties.un.org/doc/publication/unts/volume%20999/volume-999-i-14668-english.pdf.

[4] “EU Statement – UN General Assembly: Thirtieth Anniversary of the Adoption of the Declaration on the Rights of Persons Belonging to National or Ethnic, Religious and Linguistic Minorities” (Delegation of the European Union to the United Nations in New York, September 22, 2022), https://www.eeas.europa.eu/delegations/un-new-york/eu-statement-%E2%80%93-un-general-assembly-thirtieth-anniversary-adoption_en?s=63.

[7] “Turkish Minority of Western Thrace and the Turkish Community in the Dodecanese” (Republic of Türkiye Ministry of Foreign Afairs, 2011), https://www.mfa.gov.tr/turkish-minority-of-western-thrace.en.mfa.