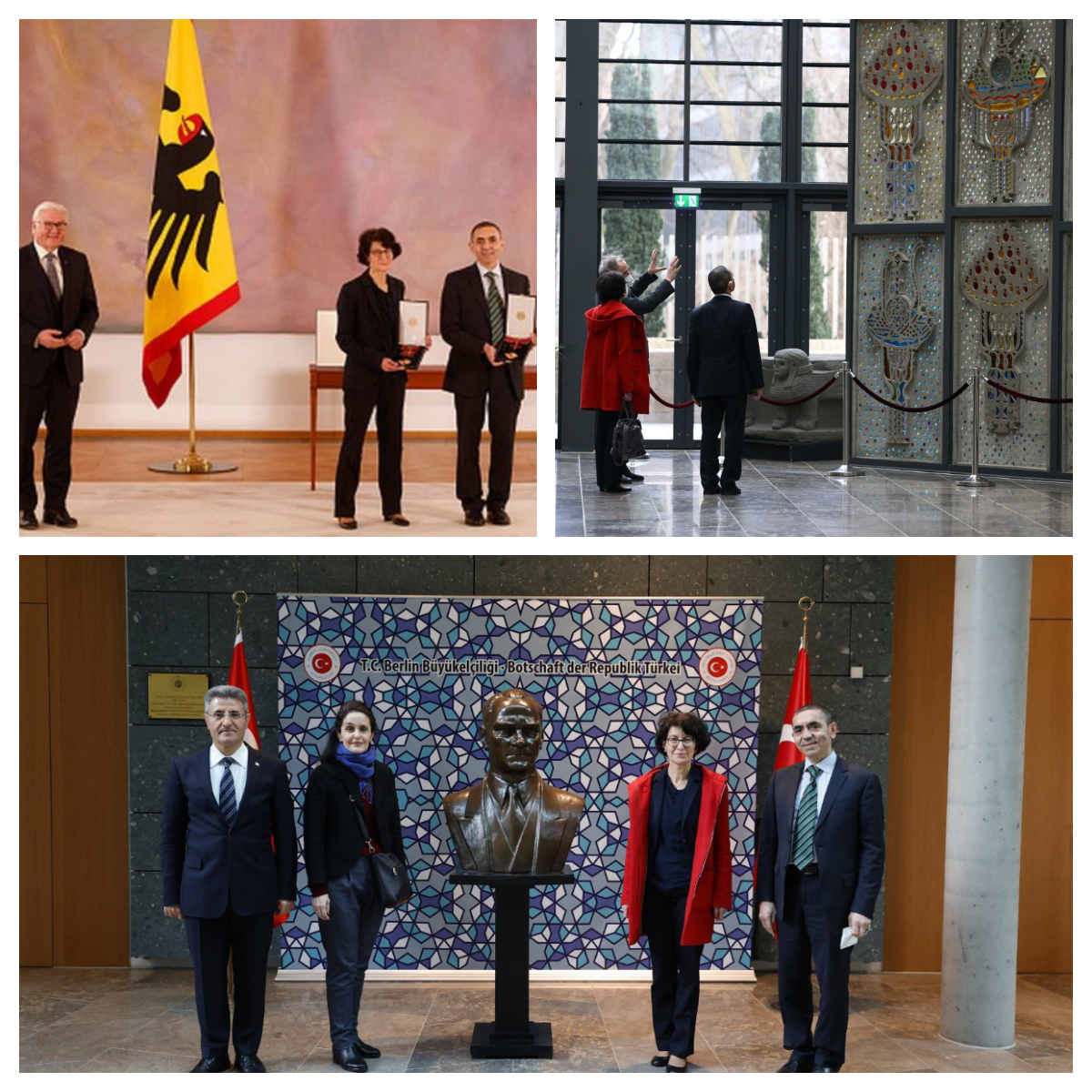 Immigration has increased over the last 50 years, particularly in OECD member countries. During the last quarter-century, the number of international migrants has nearly doubled to more than 240 million. Increased mobility means that the movement of people across the world in the future will become more complex and pose new policy-making challenges.

According to the statistics, most immigrants are employed either formally or informally in their countries of destination. It is important to evaluate how migration affects work productivity and investment, but it is even more important to evaluate the behavior of new employees and how visa programs affect migration.

Immigration thus plays a crucial role in the development of the countries of destination. Many countries lack evidence and awareness of how immigrants can contribute to various segments of the economies because of their lack of knowledge of appropriate policy frameworks.[1] In this regard, it is also important what type of immigrants countries are receiving. Immigrants with a higher level of education may spur foreign direct investment and innovation and development, and this would be the case especially true for the scientific and engineering fields.[2]

Where does Turkey fit in this picture? Turkey and high skilled Turkish immigrants are one of the driving force behind international technologıcal development and economy. The western world and western companies are either very slow to acknowledge or consciously refrain from admitting Turkish scientists' or entrepreneurs' contributions. This article intends to show how Turkish immigrants have contributed to science in different fields often very quietly.

The elder generation X members, or individuals born in early 1980s would all probably remember the social media site “orkut.com”. The website was named after its founder, Mr. Orkut Büyükökten, a Turkish engineer. Orkut, when it was at its peak, had a number of more than 300 million users, Facebook reached this number only in the third quarter of 2009. Such impressive success was achieved with only 30 engineers and designers in the team. For the majority of people, Orkut was their first introduction to the social networking world.[3]

Mr. Orkut Büyükökten was born in Turkey, but spent his childhood in Germany, where his parents moved when he was a year old. He began coding (in BASIC) when he was in fourth grade. Mr. Büyükökten studied computer science at Bilkent University in Ankara.[4] Later, he attended and graduated from Stanford University, the same university where Larry and Sergey Page conceived Google.

Mr. Büyükökten wanted to create a global community to connect people with different needs via orkut.com. After two years of hard work, his project Orkut went online in January of 2004, just two weeks before Mark Zuckerberg started his own Facebook experiment. In different markets such as Brazil, India, Pakistan, and Estonia, young people took an interest in it.[5]

Within two years of its launch, almost every internet subscriber in Brazil was using Orkut (pronounceable as or-KOO-chee in Portuguese). It was the dominant social network there until June 2011, when Facebook overtook it. Orkut's operations were relocated to Brazil from USA, where they remained active until 2014. In 2014 Google, major stake holder of Orkut decided to shutdown Orkut. Orkut, one of precursors of social media websites quietly went away. Today, both orkut.com and Mr. Büyükökten are remembered especially by its Brazilian and Indian users. However, even Google, which has utilized both orkut.com and its founder in different manners, has never mentioned his contribution to the development of the social media world or internet coding in general. Mr. Büyükökten launch his new social media program hello.com in 2016. He currently lives in Brazil.[6]

The US ban on Huawei and its 5G technology had sparked a heated debate about the future of information flows and their control. However, until recently, that debate has largely ignored how Huawei arrived at its position of technological prowess. The intelligence group known as the Five Eyes (the United States, Canada, Australia, New Zealand, and the United Kingdom) maintains that Huawei 5G technology poses a significant intelligence risk. However, nobody asks the question of how Huawei got so far ahead in the first place?[7]

It all ultimately comes down to a 1948 theory that was recently revived by a Turkish professor, Prof. Dr. Erdal Arıkan. Prof. Dr. Arıkan was born in 1958 in western Turkey and grew up there. He entered the electrical engineering program at Middle East Technical University and later transferred to Caltech and finished his studies there. He went on to earn his PhD from MIT. Prof. Arıkan worked at the University of Illinois as an assistant professor.

In the 1940s, Claude Shannon worked at Bell Labs, where it was his responsibility to learn everything there was to know about information transfer and storage. Examining channel capacity was a critical piece of work. The question was the following: How much data can be transmitted accurately after accounting for electrical noise?[8]

Prof. Dr. Arıkan, the said Turkish professor who had spent years studying data noise problems at CalTech and MIT and helped establish Turkey's first private research institution and engineering school, had bigger plans. Eventually, he developed what he refers to as "Polar Codes."[9]

The United States had its opportunity. Prof. Dr. Arıkan, now known as the "Father of Polar Coding," attempted to sell the idea to both Qualcomm and Seagate , but his proposals were rejected. Huawei took the initiative and ran with it. Huawei recognized the potential of polar codes to optimize channel coding technology in 2010, so they invested in additional research to build on Prof. Dr. Arikan's work and began successfully integrating it into 5G technology.[10] His research and eventual development usage of that research did not go unnoticed. Unlike western companies, Huawei honored Prof. Dr. Arıkan in 2018. Founder of Huawei, Ren Zengfei himself, presented him a special award. The award was a medal designed and manufactured by the Monnaie de Paris (Paris Mint). The Goddess of Victory was engraved with a red Baccarat crystal, symbolizing the importance of new communications technology in moving the world forward.[11]

Two Turkish Researchers and the Vaccination of Humanity

Maybe among most three popular names that almost all westerners know are BioNTech, Dr. Özlem Türeci and Prof. Dr. Uğur Şahin. The first one is the name of the company that developed the most popular vaccine against the SARS-CoV-2 virus that triggers Covid-19. The second and the third names are of the founders of the that company. They are also the key components in the development of the said vaccine.

Dr. Özlem Türeci’s father had moved to Germany from Istanbul who was a surgeon at the St. Elisabeth-Stift hospital. Born in Germany, Dr. Türeci attended Saarland University and received her doctorate from the Saarland Medical Faculty. Prof. Dr. Uğur Şahin was born in İskenderun, Turkey and moved to Germany when he was four years old, where his father worked at the Ford factory in Cologne. He went to the University of Cologne to study medicine and earned a PhD in cancer immunotherapy there.[12]

Ganymed was the name of their first company, which was founded in 2001. In 2016, the company that pioneered precision antibody therapies against cancer was sold to Japanese pharmaceutical company Astellas for €1.4 billion. In 2008, they founded their second company, BioNTech, with Austrian oncologist Christoph Huber, who is still on the board of directors. Dr. Türeci and Prof. Dr. Şahin first set out to develop immunotherapy cancer treatments with BioNTech by using genetic material known as mRNA to train the human body to produce its own antigens. Years of prior research on the mRNA method proved invaluable when the Covid-19 outbreak was announced to the world.[13]

After outbreak of Covid-19, BioNTech was one of the first companies to start working on a vaccine. It partnered with US firm Pfizer and Chinese firm Fosun. The vaccine received its first authorization in December 2020.[14]

On 19 March 2021, Prof. Dr. Uğur Şahin and Dr. Özlem Türeci received high honors for their contributions to the "containment of the coronavirus pandemic." Both Dr. Türeci and Prof. Dr. Şahin received the Knight Commander's Cross of the Federal Order of Merit from German President Frank-Walter Steinmeier. The Knight Commander's Cross is part of the Order of Merit of the Federal Republic of Germany.

Unfortunately, western societies, for a variety of reasons, either due to bias and hubris or because of pure negligence, have overlooked this contribution. One of the most clear-cut cases has been the case of Mr. Orkut Büyükökten. The case of Prof. Dr. Erdal Arıkan is similar; western societies, of which Turkey has been part, have overlooked his contribution as well. Yet, a company belonging to an eastern part of the world, a Chinese company, has valued him for his significant contribution to data transfer development. Western societies, at last, acknowledged two migrants of Turkish descent who become a remedy to the deadly pandemic of Covid-19, namely Dr. Özlem Türeci and Prof. Dr. Uğur Şahin. Then again, Covid-19 has been such a critical global topic that Dr. Türeci and Prof. Dr. Şahin's achievement has been impossible to ignore.