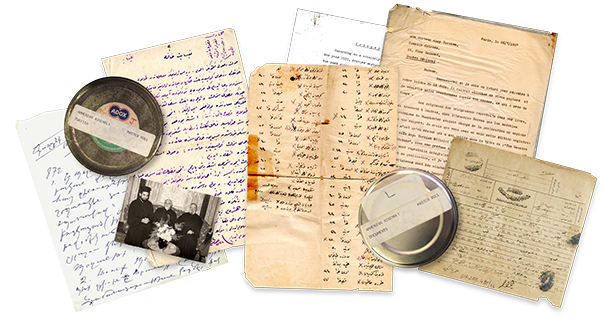 Despite the uproar created by several online media outlets in the wake of the online release of the “Krikor Guerguerian” papers by Taner Akçam, the fact remains that Guerguerian papers add little or nothing new to the debate on the Armenian Question. A significant portion of the alleged documents from this collection pertain to the 1919 Courts-Martial which attempted to prosecute the members of the war-time Ottoman Cabinet and leading members of the Committee of Union and Progress in Istanbul, at a time when the Ottoman capital was under allied occupation and the post-war Ottoman cabinets were under intense pressure from the victorious allied powers.

The Courts-Martial of 1919 chose the easier path of blaming everything on the CUP government and probably hoped that it would be sufficient to appease the victorious Entente Powers to arrive at a less harsh settlement for the Ottoman Empire in the upcoming Paris Peace Conference. Yet in doing so, the 1919 courts-martial ignored the legal due process, and committed grave injustices and conducted trials with an apparent lack of transparency.

In the main trial, dealing with the cases of the major CUP figures, for example, the court did not hear any witnesses and repeatedly referred to the allegations as proven fact. Still in other trials the court even banned defendants from hiring a lawyer, a process which constitutes the most basic right for any defendant in any legal system. Commenting on this renowned British historian M. E. Yapp noted that “the 1919 courts martial … cannot be taken entirely at face value because they were conducted by a government which was anxious to pin any blame on the CUP leaders.”

Meanwhile, the Armenian Patriarchate apparently followed the trials closely and cooperated with the prosecutors behind the scenes and somehow was given access to the pre-trial investigatory files, a right which was denied to the lawyers of the defendants.  For the most part, the so-called Guerguerian archive consists of documents copied from these pre-trial investigatory files. The fate of the originals of these documents are unknown. They may have been lost or destroyed or perhaps waiting to be discovered in an unknown location. When the Entente Powers ended their occupation of Istanbul, the Patriarch soon transferred these copied materials to France from where they were transferred to the Armenian Patriarchate of Jerusalem.

Krikor Guerguerian photographed these copies and the collection presented by Taner Akçam consists of these photographed documents. It remains a mystery how exactly these documents were copied by the patriarchate in the first instance. Akçam himself earlier admitted that the documents in the Armenian Patriarchate of Jerusalem “are handwritten copies, not originals.” This admission raises doubts as to the authenticity of the copies since it is not known how meticulously these documents were copied by handwriting and in any case no sound legal system would not recognize such copies as evidence. Moreover many documents lack official inscriptions and were written on plain papers, which further raises doubts about their reliability.

A more important issue concerns the presentation of these documents as new evidence since the contents of these were more or less well-known since the publication of the proceedings of the courts-martial in 1919. The indictment and verdict quoted excerpts from these dubious materials and these had been used since then. Thus the release of the Guerguerian documents adds nothing new to the debate on the Armenian Question. It is merely a desperate attempt to substantiate a questionable set of documents with an even more questionable set of documents.

Finally, despite the sensationalist news concerning the release of Guerguerian Archive in several online media outlets, claiming that the Armenians had opened up their archives, the most relevant archives are still closed. For example, the archives of the Armenian Revolutionary Federation, Dashnaktsutiun, remain to this day inaccessible to impartial researchers. Similarly, scholars are also barred from access to the archives of the Armenian Patriarchate of Jerusalem.

In sum, rather than adding clarity to the dispute, the Guerguerian Papers raises more question marks about the events of 1915.