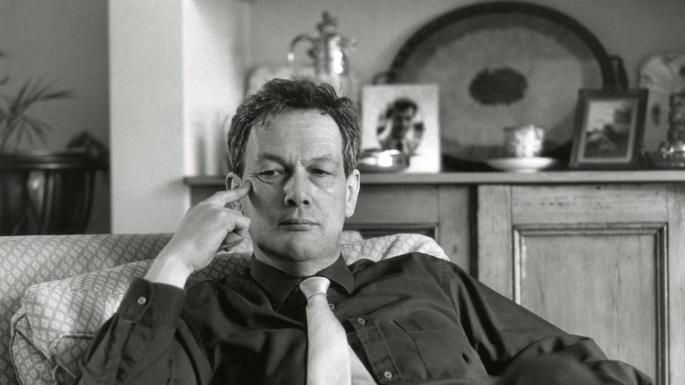 The British daily Guardian published a nasty and spiteful obituary on historian Norman Stone by Richard J. Evans, a former Regius Professor of History at Cambridge University. After listing a number of personal attacks on Stone’s character and apparently made-up stories about his academic life in Ankara, Evans concludes that Norman Stone was never a “leading historian” as “any serious member of the profession will tell you.” The obituary in its entirety is filled with gross misrepresentations and oversimplifications and does not go beyond a vicious attack.

Stone for many years taught at Cambridge and later was appointed to Oxford’s Regius Professorship of Modern History, “still the most prestigious job in the English historical world” as Stephen Howe admits. His book The Eastern Front, 1914-1917, won the Wolfson Prize in history, the most prestigious award in historians’ world. His book and articles are still cited among the standard works on the history of World War I. His students include Andrew Roberts, Niall Ferguson, Dominic Lieven, Orlando Figes, Jonathan Hill, Adair Turner, Noel Malcolm, Daniel Johnson and Anne Applebaum. Surely, a historian of this caliber was correctly dubbed as one of the “leading historians” of Britain, notwithstanding Evans’ envious and pitiful attempts at slander.

Many drew parallels between Stone’s lengthy review of E.H. Carr in London Review of Books and the Guardian obituary by Evans. Evans himself also described it as an attack by Stone on Carr. The comparison is misleading because what Stone wrote in LRB was actually a lengthy review of Carr’s book, The Twilight of the Comintern 1930-1935. In it, Stone discussed a wide range of problems in Carr’s work from the Soviet agricultural policies to the structure of Soviet economy and he did so with authority, listing a number of devastating mistakes.

Evans’ obituary on Stone, by contrast, does nothing of the kind. He simply has no concrete and factual critiques to offer on Stone’s works. The obvious problem is of course that Evans simply knows very little about the areas of Stone’s expertise, which covered an impressively wide region and a dozen languages that Stone mastered. And Stone’s book Europe Transformed, 1878-1919 is a testament to that. Instead, Evans cunningly quotes reviews by others who were critical of Stone’s work. The same could very well be done, and much more easily, on Evans’ works themselves. Many reviewers found his books dull, inadequate, and as missing or neglecting major episodes and certainly not short of sloppy errors.

Evans also criticizes Stone’s stance on the Armenian Question and his refusal to characterize the Armenian experience of 1915 as a “genocide” and, in a spirit typical of his oversimplifying habits, Evans explains this by Norman Stone’s employment in Turkey. In other words, according to Evans, just because Norman Stone had a position in a private Turkish University, he would blindly parrot everything said by the Turkish Government. Evans of course fails to recognize or even to realize that Stone took up a generally critical stance towards the Turkish Government since 2013 and that Bilkent University, which employed Stone, had also employed academics who had quite different views than Stone on the Armenian Question. The sad part is that it does not seem to have occurred to Evans that Norman Stone could have known something about the history of a country where he lived for 20 years and whose language he could speak.

Both Evans and the Independent might do well by learning that Armenian Question remains a controversy in the historiography of the Ottoman Empire. The best scholars of the Ottoman and Turkish history such as Bernard Lewis, Halil Inalcik, Norman Itzkowitzi, Roderic H. Davsion, Andrew Mango, and Gilles Veinstein had all similarly rejected the appropriateness of the term “genocide.” This formidable array of learned opinion was joined by respected British historians such as Donald Cameron Watt, Elie Kedourie, and M. E. Yapp.

No doubt Evans, unlike Stone, knows next to nothing on the Armenian Question – or, for that matter, on the Ottoman Empire itself. An article from 2011, “The Road to Slaughter”, written by Evans misplaces the Russian invasion of Eastern Anatolia as 1897 instead of 1877. Similarly, Evans supposes that the “minor revolt” by Armenians against the Ottoman Government and the subsequent violence which overtook the region had taken place after 1897 instead of during 1894-1896.  Evidently, Evans had not even flipped through any basic work on the Ottoman Empire, let alone understanding roots of the Armenian tragedy. And his plunging into the Armenian Question is undoubtedly motivated by his eagerness to attack Stone rather than for his concern for the fate of the Ottoman Armenians.

The same lack of concern for the human suffering was also quite transparent in Evans’ obituary for historian Eric J. Hobsbawm, where Evans had nothing to say for the former’s unabashed apologia for the Soviet Union as well as the colossal crimes committed on millions of civilians under Stalin’s regime in the name of “progress.”

Aside from such slanderous attacks, Evans’ obituary also simply makes things up. He alleges that Norman Stone worked in Ankara at “Bilkent and other universities, resigning from one in Ankara because the authorities tried to stop him drinking.” In Ankara, Stone had only been employed at Bilkent University, a private university of high standards. When he left Bilkent in 2005 to join the Koç University in Istanbul, it was not because the authorities at Bilkent allegedly “tried to stop him drinking” as Evans fabricates, but because Stone wanted to live in Istanbul, where he owned a house in Galata, with a wonderful view of the Bosporus and the Golden Horn. And Bilkent University was not some sort of a “Soviet Gulag” where authorities walk around and tell people what to do. It’s a private university; any intervention from the authorities only exist in Evans’ imagination. After spending two academic years in Istanbul and that city’s hectic traffic and life, Stone decided to return Bilkent, Ankara, a further indication that Evans had fabricated his story.

Norman Stone lived a rich and colorful life and inspired countless students who went on to excel in the history writing. Evans can boast of nothing similar. As Niall Ferguson wrote “of all the media dons who flourished in the 1980s, Norman was the most wickedly clever and the academic left hated him as much for the cleverness as for the wickedness.” No doubt, despite his unorthodox style and political incorrectness, Norman Stone’s huge success (his books were always a commercial success and translated into more than a dozen languages) and fame aroused jealousy and attracted hate, which helps explain Richard J. Evans’ desperate attempts to slander his reputation. 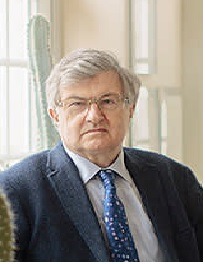