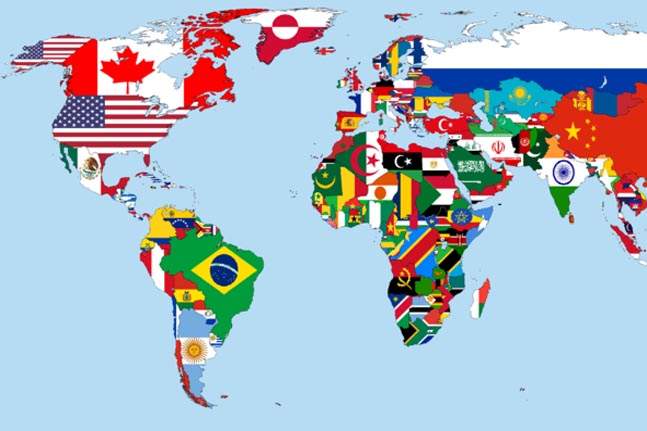 Very recently, an article with the title “European Cure=Armenian Affliction?”[1] by columnist Garen Yegparian was published in Asbarez, which is an Armenian-American bilingual daily newspaper published in Armenian and English.[2]

The said columnist in his article firstly refers to the widespread anti-nationalist sentiments in the post-WWII era and states that many Europeans have become rabidly anti-nationalist. He finds this attitude as an understandable reaction for Europeans. However, he emphatically defends the view that this “natural response has persisted in its extreme form and is sometimes exported to places where it is not only unnatural, but possibly even damaging” and states that “Armenia is one such place.”

In this respect he claims that many Armenians seem to eschew nationalism and interact with European mindsets. He exemplifies this tendency with a recent Facebook poll result which suggests that most of the Armenian people want to replace the Republic of Armenia’s anthem “Mer Hyerenik” (Our Fatherland) with Charles Aznavour’s song “For You Armenia”. Then the columnist asks the following questions:

“What’s wrong with 'Mer Hyerenik'? Is it too ‘associated’ with the first three administrations (Levon, Robert, Serzh) of the RoA and therefore somehow tainted? Is it too associated with the first (1918) republic and the ARF and is therefore a target of anti-ARF sectors of society? How many people even know it came from that time (and was slightly modified)? Or, is it just a matter of people who fear/distrust nationalism and want as dainty a song as possible for the national anthem? Arguing that 'Mer Hyerenik' is too sad of a song don’t hold water because Aznavour’s song is just as sad.”

He states that “nationalism is a natural human instinct and a basic expression of pride, a basic societal organizing principle”. Thereafter, he asks the following question by citing the names of some of the groups (which have in fact nothing to do with nationalism) experiencing discrimination due to their skin colors and sexual orientation:

“Why are black pride, gay pride, and other identity groups’ expressions of pride acceptable, but not Armenians’? “

After asking this question, the columnist makes the following point of his whole story:

“If Europe thinks it can do without nationalism, that’s fine, but for us, this pride is also protective given our bloodthirsty eastern and western neighbors!”

According to the columnist, nationalism is necessary for Armenians not for keeping their national identity but as a protection against “bloodthirsty” eastern (Azerbaijan) and western (Turkey) neighbors. Using such an unnecessary description and abusive language for the neighbors in this context is nothing but an expression of heavy prejudice against a particular group. This is literally a “hate speech”.

A perfunctory search in the web indicates that such an abusive language has been systematically employed also in the past. For instance, in one of his article of last year titled “A Millennium On… Still Plundering” he was profanely claiming that “the Turks of Turkey seem to be unable to shake their marauder’s instincts. They continue, even today to rely on looting.”[3]

Through such a libelous statement, he indiscriminately and debauchedly claim that all “the Turks of Turkey” have “marauder instincts” and they all rely on “looting”.

Interestingly, at the bottom of the said article the paper explains its Discussion Policy as follows:

“Comments are welcomed and encouraged. Though you are fully responsible for the content you post, comments that include profanity, personal attacks or other inappropriate material will not be permitted. Asbarez reserves the right to block users who violate any of our posting standards and policies.”

It is apparent from the above mentioned examples that using abusive and prejudicial language against the Turks and Azerbaijanis are rather common occurrence in Asbarez. In fact, writers of Asbarez in some cases go against their own argument that nationalism should not be chauvinistic. For example, Garen Yegparian in his above mentioned article states that "Where the line should be drawn is when nationalism is abused and corrupted, becoming chauvinism and rejecting others’ nationalism or inspiring hatred of those not in one’s own nation." Then, as previosusly mentioned, he links this by describing Armenias neighbours a “bloodthirsty”.

European Commission against Racism and Intolerance (ECRI) in its 2016 Report on Armenia “notes intolerant statements against Azerbaijanis”.[4] According to the European Commission against Racism and Intolerance home page, ECRI organized a round table in Yerevan on 27 June 2018 to discuss the follow-up to the recommendations of its 2016 report. It is mentioned in the said page that “ECRI expressed concern about a number of issues, such as... the rise in the hate speech...”[5]

It is quite unfortunate that certain media outlets,  by permitting the use of “hate speech”, are instigating antiquated antagonisms and are trying to benefit from animosities. Those who have the wisdom for seeking a better future for young generations should contend with this ill-minded approach.

There is no doubt that hate speech is a complex phenomenon and we do not have a universal definition for hate speech. It is also known that hate speech is much less regulated in the US than in European countries. Hence, media outlets based in the US might be less attentive to hate speech in their writings and publications. Nevertheless, the Council of Europe has worked on the issue for a long time. According to the Committee of Ministers of the Council, “hate speech covers all forms of expressions that spread, incite, promote or justify racial hatred, xenophobia, anti-Semitism or other forms of hatred based on intolerance. Along with the development of new forms of media, online hate speech has been brought about. Hate speech in the online space requires further reflection and action on the regulation and new ways for combating it.”

We should combat against hate speech and hatred-based intolerance in unison, and caution each other in this respect. We should not forget that early warning precludes the further misunderstandings and misconceptions.

[2] Published in Los Angeles, California, by the Western USA Central Committee of the Armenian Revolutionary Federation (known as Dashnaktsutyun or shortly as Dashnak). The paper describes itself in its web site as “Asbarez mainly serves the more than 500,000-strong Armenian-American community in the Western US. It is a bilingual daily newspaper, which is published five times a week from 16 to 28 pages Tuesday through Friday and 40 to 48 pages on Saturday.”