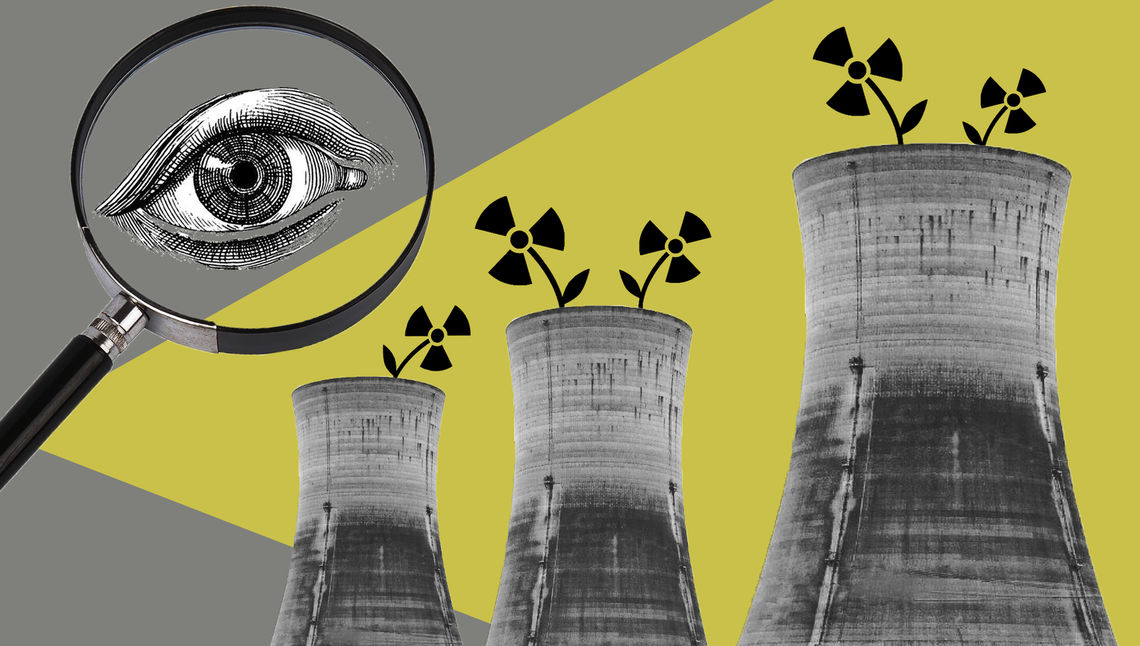 HBO, the famous American broadcasting channel which is popular all around the world, has aired a TV mini-series named Chernobyl. While the catastrophe caused by the Chernobyl Nuclear Power Plant accident is highlighted in the show, the story is shaped around a team who investigated the reasons behind this accident. Through this show which reached a wide audience, the danger of the other Nuclear Power Plants built in the Soviet era has become the main topic. As is known, the Metsamor Nuclear Power Plant (Metsamor NPP) which was built during the same time as Chernobyl has the same technology and is still operational.

Armenia has been defending for many years that it is not possible to shut down the Metsamor NPP due to the absence of alternative infrastructure options to replace its energy requirement.[1] Despite the repeated warnings of the neighboring countries and the EU towards Armenia to shut down the power plant, the NPP is still operational. As it can be remembered, the closure of the Metsamor NPP became a topic after the signing of Comprehensive and Enhanced Partnership Agreement (CEPA) with the EU in 2017. However, in the following years, the EU began to provide funds for the modernization of the Metsamor NPP in order to continue its operations. This situation allows Armenia to postpone taking any decisions for the closure of the NPP, and the nuclear threat to increase more and more.

On the other hand, the European Court of Justice (ECJ) ruled on 29 July on Belgium that the law on the extension of the Doel 1 and Doel 2 NPPs’ operating life to 2025 is inappropriate.[2] Belgium, just like Armenia, extended the operating lives of the NPPs citing the country's dependence on these plants. However, taking such a decision without acquiring necessary environmental reports prompted environmental organizations into action and the issue was taken to the ECJ. According to the decision of the ECJ, unless the necessary precautions are taken and the modernization of the NPPs is completed, the continuation of these plants is not possible.

The fact that the EU, which follows a very harsh stance towards the threat posed by the Doel 1 and Doel 2 NPPs, does not exhibit the same stance against the threat of Metsamor creates a ambivalent situation. The EU funds for the modernization of the Metsamor NPP which has the same technology with Chernobyl. Yet this situation neither brings an exact solution to the energy problem of Armenia nor creates any results other than the growth of the threat posed by the NPP. In fact, Ashot Martirosyan, the Chairman of the Nuclear Safety Committee of Armenia, announced on 30 July that the second unit of the Metsamor NPP will became operational again in September.[3]

As a matter of fact, the reason behind this decision lies in the shortage of electricity caused by the failure of the Yerevan and Hrazdan Thermal Power Plants in Armenia on 10 July. The failure caused a shortage of energy supply in Armenia for a short time.[4] The necessity of taking new steps emerged after this situation. Deputy Prime Minister of Armenia, Tigran Avinyan, announced on 17 July that Armenia’s energy system is based on three pillars, they do not want to give up nuclear energy but constructing a new power plant is on their agenda.[5] He stated that the new NPP will become operational after the closure of the Metsamor NPP, adding that negotiations are being conducted with Russia regarding the new NPP.

For example, safely storing used nuclear fuel is one of the most important issues for managing nuclear plants. So far, there are plenty of claims on what condition Armenia stores the wastes of the Metsamor NPP. It is claimed that the old fuel storage pool of Metsamor has filled up and for this reason; a temporary container built by the French is being used for storing nuclear fuel.[6]  There are even long-standing claims that wastes have been discharged into the Caspian Sea through the Aras River.[7]

In addition, the news of the negotiations with Russia regarding the removal of the wastes of the new power plant in Armenia has recently appeared in the Armenian press. Armenia and Russia are trying to reach an agreement on the transportation of the waste to Russia via railway. However, the fact that Armenia’s borders with Azerbaijan have been closed due to the ongoing occupation in Nagorno-Karabakh remains an important obstacle in front of the railway connection. On the other hand, a possible railway connection through Georgia may not be welcomed by the Georgian administration as it will pass through Abkhazia and Ossetia.[8] So, if Armenia will not create another option for storing the nuclear waste of the new power plant, it may cause the same environmental harm as Metsamor did.

The Armenian authorities endanger the health of both the Armenian people and the people of the region with these hasty and dangerous decisions. The positive steps to be taken for the closure of the Metsamor nuclear power plant and the safe suspension of its operation will relieve many countries in the region, particularly Armenia itself.

Unilateral Efforts of Turkey regarding this process

Turkey continues to take unilateral measures against the threat posed by the Metsamor Nuclear Power Plant. Claims that Metsamor may be the reason behind the increased cancer cases in the Iğdır province was brought to the agenda of the Turkish Grand National Assembly in recent months. Following that, a drill was held in Iğdır in June. In that drill, in cooperation with The National Medical Rescue Team (UMKE) and the Disaster and Emergency Management Authority (AFAD) and gendarmerie teams, the threats of a possible nuclear disaster to Turkey were emphasized.[9] However, as long as it could not find a permanent solution to the threat created by the Metsamor NPP, which is located only 16 km away from the Turkish borders, the measures taken by Turkey will not be enough against a possible disaster alone. Attention should be drawn to the threat posed by Metsamor and the responsibility of the international community, including the EU.

[8] “The issue of bringing nuclear fuel used by Russia to Russia is on the political plane,” Verelq, 30 August 2019, https://verelq.am/en/node/52030?fbclid=IwAR3m7DXIjA_VqeLwafnP-VQAfVSXAmsJNXY-c5klCJ8_IqYoK6088WduWSc  (the news translated from Armenian to English by groong.com.)