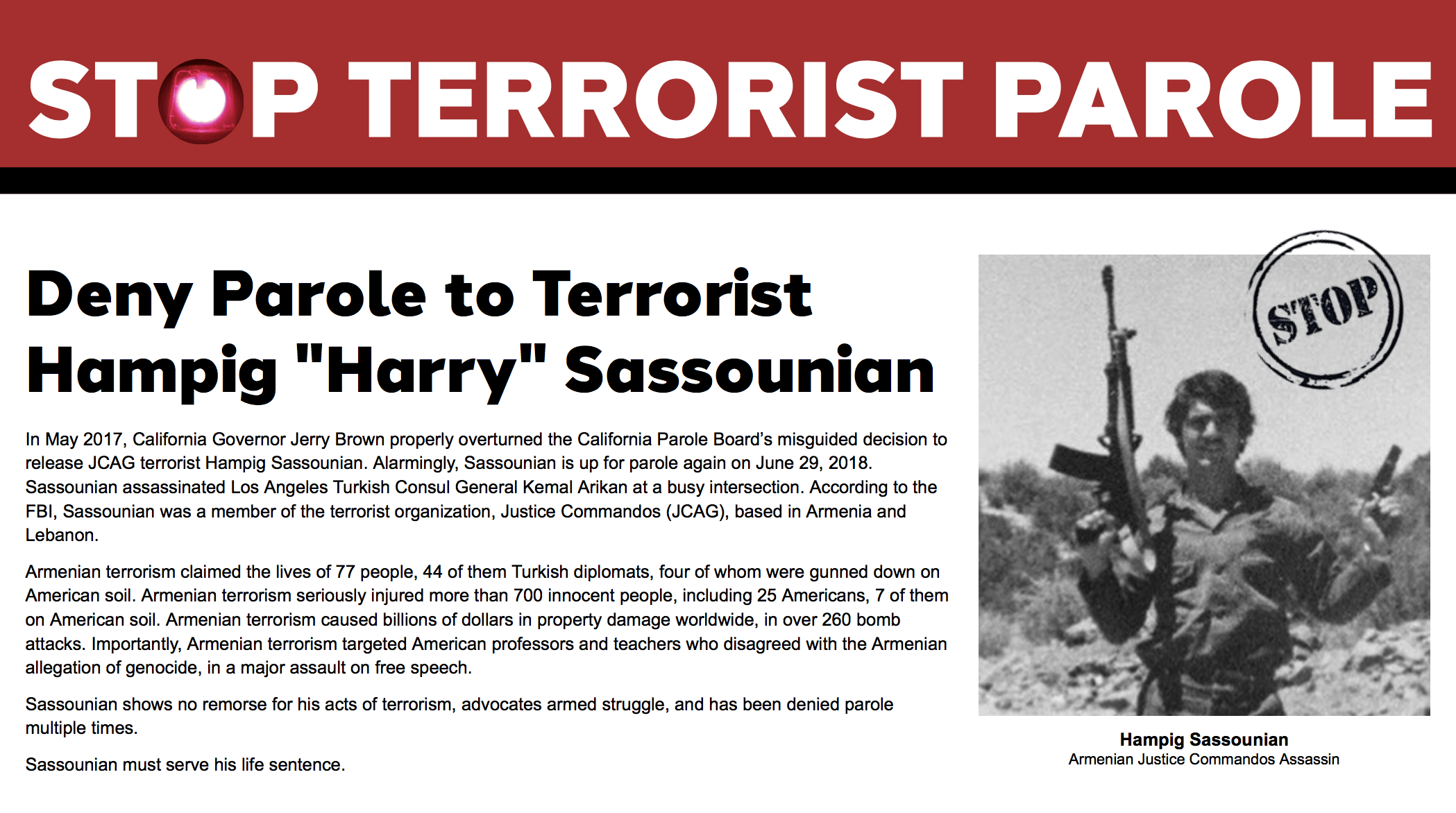 One of the issues that AVİM is focused on is the martyred Turkish diplomats. One of those martyred diplomats, Kemal Arıkan, Turkey's Los Angeles Consul General, in America in January 28, 1982, Kemal Arıkan, assassinated  by the Justice Commandos of the Armenian Genocide (Tr. Ermeni Soykırımı için Adalet Komandoları- JCAG) member terrorist Hampig Sassounian. The Federal Bureau of Investigation (Tr. Federal Soruşturma Bürosu- FBI) detected that terrorist Hampig Sassounian was the member of Armenian Revolutionary Foundation (ARF) and JCAG. We have written about the developments on the parole.

The assassination of the Turkish diplomat in 1982 is neither the first nor the last. Like Gourgen Yanikian, who martyred two Turkish diplomats in 1973, Hampig Sassounian, the assassinator of the Consul General Kemal Arıkan in 1982, also hatefully spoke after attack. Aforementioned person did not regret what he had done, but showed encouragement for those who promote terrorism and similar initiatives. The disappearance of these words led the attacker to be seen as a hero. In such a scale that the "Hampig Sassounian Defense Fund" was established and the Sassounian salvage attempted to accelerate through money collection.

It is also an aspect to be emphasized that what should be done about the supporters of this terrorist activity and those who stand behind the initiatives of an Armenian terrorist. It should be stressed the importance and priority to the fight against terrorism by every means. Finally, in May 2017, the Governor of California rejected Jerry Brown Hampig Sassounian’s parole. Armenian-born cold-blooded murder Sassounian's parole had been rejected many times until this date.

The latest development on this issue that Sassaunian is up for parole on June 29, 2018. There is a campaign which has been initiated to counter the Sassounian parole by the Turkish - American National Steering Community (TASC). The campaign is also available on the website (http://www.stopterroristparole.org) with the documents of the reason why the eviction should not take place. Not only as a single case, but the history of ASALA and JCAG and how many victims are affected (not just Turks) by those attacks is clearly provided. We have to warn that some visuals might be disturbing. There are warning notes already been added to the alongside the contents. We continue to follow developments on the terrorist Sassounian case.