THE ARMENIAN PATRIARCHATE OF JERUSALEM COMPLAINS OF RIGHTS VIOLATIONS WHILE CONTINUING ITS UNDUE POSSESSION
Commentary No : 2018 / 20
AVİM
05.04.2018
4 min read 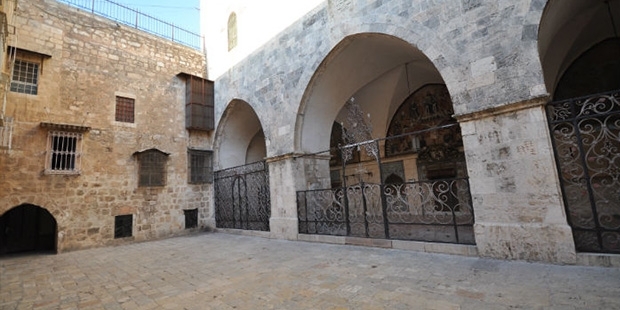 The Armenian Patriarchate of Jerusalem, having apparently failed to attain its desired outcome from lower instance courts, has applied to the Constitutional Court as a last resort in terms of domestic remedies. It is not known what kind of verdict the Constitutional Court will deliver. However, if it cannot attain its desired outcome, the Jerusalem Patriarchate will probably apply to the European Court of Human Rights – which is what the Armenian Catholicosate of Cilicia had done in the past[2] (Note: The Armenian Catholicosate of Cilicia’s application was rejected by the ECtHR).

Even if it is not known for certain what is in the archival documents in question, it can be surmised that they contain the Patriarchate of Istanbul’s internal correspondences during the final period of the Ottoman Empire and documents collected by Patriarchate officials for the Istanbul investigations and trials of 1918-1920.[4] In 2001, Armenian historian Dennis R. Papazian claimed that the documents in question had been obtained and viewed by him and his friends, and that they would debunk “denialist” Turkish theses with these documents.[5] However, despite the 17 years that have passed, there has been no developments on this matter.

Two points can be gathered from what has been written above: 1) These documents belong to the Armenian Patriarchate of Istanbul, and for approximately 96 years, they have been waiting to be returned to the place they belong. 2) These documents may be useful in better understanding the 1915 events and the subsequent developments. For this reason, these documents must not be reserved for the sole use of partisan historians and, instead, must be made accessible to everyone.

*Photo: A section of the Armenian Quarter of Jerusalem - T24.com.tr

[2] Mehmet Oğuzhan Tulun, “The Armenian Catholicosate of Cilicia’s Application to the Constitutional Court of Turkey”, Center for Eurasian Studies (AVİM), Commentary No: 2016/69, http://avim.org.tr/en/Yorum/THE-ARMENIAN-CATHOLICOSATE-OF-CILICIA-S-APPLICATION-TO-THE-CONSTITUTIONAL-COURT-OF-TURKEY