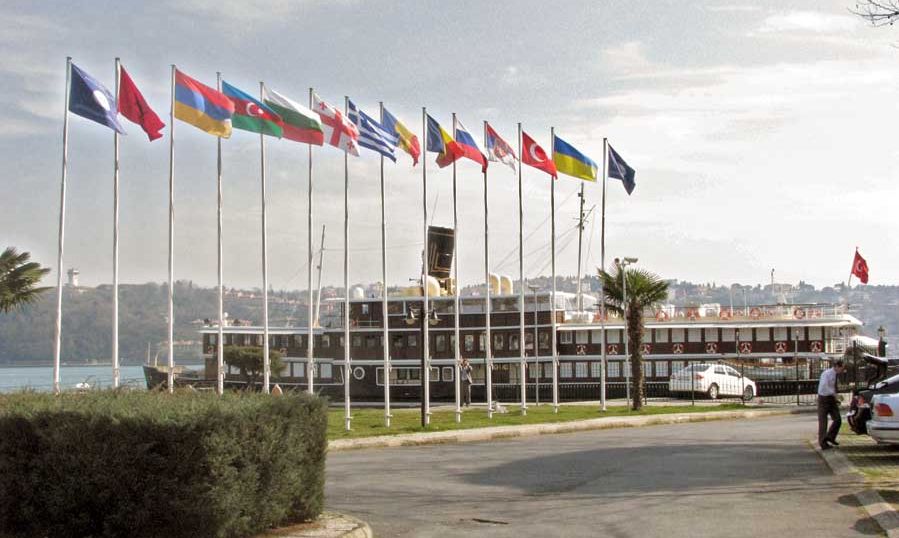 Meeting of the 38th Council of Ministers of Foreign Affairs of the Black Sea Economic Cooperation Organization (BSEC) member states was held on 27 June 2018. Representatives at various levels of member states attended the meeting in Yerevan.[1] At the end of the meeting the BSEC chairmanship passed to Azerbaijan from Armenia in accordance with rotation rules. On the other side, at the end of the Tirana session in 22 July 2017, Armenia took over the presidency of the Parliamentary Assembly of Black Sea Economic Cooperation (PABSEC) which is related to BSEC.[2] On this occasion, it might be useful to evaluate the opportunities and obstacles standing in front of the organization with the perspective of immediate past term president Armenia and the Caucasus.

BSEC which was established on economic grounds to promote peace, stability, and prosperity in the Black sea region in 1992 has aimed to develop regional trade from past to present. The decision making body of the BSEC is the Council of Foreign Ministers but PABSEC can give recommendation to the Council of Foreign Ministers. In addition to PABSEC, BSEC has three other related bodies and affiliated centers which are BSEC Business Council, Black Sea Trade and Development Bank (BSTDB), International Center for Black Sea Studies (ICBSS), BSEC Coordination Center for the Exchange of Statistical Data and Economic Information.[3]

The existing frozen conflicts and disputes in the region have been going on since the organization was founded. Even though it was aimed to provide permanent peace in the region by interdependence, it has not been achieved yet. The goal of establishing free trade area placed in Istanbul Agreement which is the founding agreement of BSEC has been affected by this disagreements and clash of interests between member states. There are many problems and frozen conflicts in the region due to the fact that the region of BSEC is the former Soviet Union area. Ossetia and Abkhazia conflicts between Russia and Georgia, the problem of Crimea and Don Bass between Russia and Ukraine and the occupation of Nagorno-Karabakh by Armenia are some of these problems. It is unlikely that the BSEC, established on such a difficult geography, can act independently from these problems. At the summit meeting held in Istanbul on 25th Anniversary of the BSEC, President Erdogan pointed out that the BSEC could take a more active role in solving these problems.[4]

After the summit held on 22 May, there was a phrase in the declaration of BSEC PA session held in Kyiv in November 2017 that “the regional and global conflicts should be resolved on the basis of full respect of territorial integrity, sovereignty and independence.”[5] However, Armenian delegation to PABSEC raised an objection to this phrase because it is against to the principals of the organization. Although necessity to increase the economic interdependency by keeping the organization out of political orders was stated among the principals of the organization, it is seen that the existence of current frozen problems has a negative effect on the investments.

Looking at the Nagorno-Karabakh problem, the ongoing occupation of Armenia means that its border with Azerbaijan is closed. This situation contrasts with the objectives of the BSEC. The statements made by the Armenian authorities before and after the 38th BSEC Summit shows that Armenia intends to conduct BSEC activities without changing the current situation.[6] They pointed out that the BSEC should not be politicized and that these issues are not under the realm of the authority of the organization.[7] Yet in stark contrast to the statements of the Armenian authorities, the website of the permanent representative of the Armenia to BSEC contains information about the Armenian genocide allegations[8] and the Nagorno-Karabakh conflict.[9] This situation contradicts the discourse that they are against the politicization of the organization. In Armenia, where the governmental transition as a result of the Velvet Revolution was realized, it is necessary to not continue the previous rhetoric and to change their foreign policy practices.

The BRI (Belt and Road Initiative) project offers new opportunities in the extended Black Sea basin. For example, there are two different routes in the South Caucasus (Trans-Caspian Transit Corridor and Black Sea- Persian Gulf Corridor[10]). On the other hand, the BSEC members Albania, Bulgaria, Romania and Serbia are also 16 + 1 countries in the BRI. Therefore, the BRI has become a project that concerns the objectives of the BSEC. BSEC which has a special representative within the BRI project needs to resolve disagreements especially on the BRI route, in order to take further steps on the project.

As a result, issues that constitute regional instability need to be resolved in order to move the BSEC and its affiliated organizations forward in the line with their long-term goals. The fulfillment of the BSEC's mission in terms of regional development and prosperity will benefit the entire region.