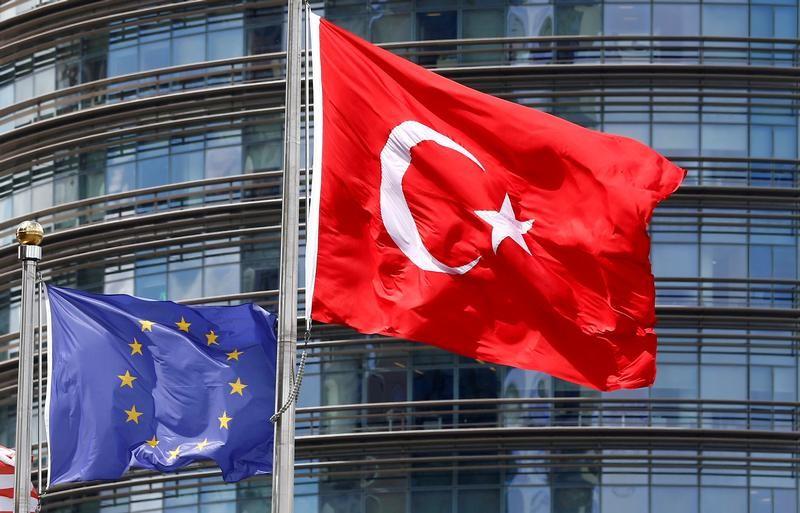 The decision was taken with the legislature voting 477 in favor, 64 against and with 97 abstentions. Overall, the Members of the Parliament (MEPs) have argued in the course of debates in the European Parliament that they have supported the declaration for the purposes of stopping the implementation of the reforms passed after the constitutional referendum in held in Turkey in April. The MEPs stated that the reforms that will be implemented in Turkey as a result of the constitutional referendum are inherently contradictory to the Copenhagen criteria of the EU.[2]

The decision adopted by the parliament is supposedly based on the recommendation sent to the parliament by Kati Piri, MEP of the Dutch Labour Party. Piri is also a member of the Committee on Foreign Affairs. She drafted the EU parliaments report in 2016 on Turkey.[3] Furthermore, she also drafted the text submitted to the Parliament which in turn was turned into the parliamentary resolution.[4] Piri’s critical role in the parliament must be noted, given her position as rapporteur on Turkey’s progress towards accession to the EU.

Yet, it should be noted that the text adopted by the parliament is not entirely based on the recommendation prepared by Kati Piri.[5] The recommendation submitted by Piri to the Parliamentary General Assembly focused primarily on several issues with a critical perspective, such as human rights, fundamental freedoms, and the present state of EU-Turkey relations.[6] The text adopted in the General Assembly; however, included changes to the the report sent by Kati Piri which were not relevant to the content and main focus of the report.

The MEPs have made additions that not only have no relevance to Turkey-EU relations, but but are laden with political bias. The two foremost examples that must be noted in this context are related  to historical events that took place in the Ottoman Empire. The first one is regarding the tragic events that took place in 1915 during which both Armenians and Turks have lost their lives during World War One. If the decisions of the European Parliament are related to encouraging the ‘democratization process of Turkey,’ one should ask a question as to what relevance the events of 1915 have with Turkey’s current democratization process and also how this relates to the EU negotiation process itself? Furthermore, the sentence included in the adopted text does not mention the pain suffered by all sides in 1915, but emphasizes the sole position of one narrative. The relevant section of the report also makes reference to the resolution adopted by the parliament on April 15, 2015 in relation to the centennial anniversary of the relocation of Armenians from war zones during World War One.

The second example is regarding historical sites in Turkey. Article 18 of the text alleges that during the course of the last century, Turkey has not protected the Greek, Armenian, and Assyrian cultural heritages. The text argues that Turkey has not fully respected the legal obligations which it has entered into regarding the protection of historical sites.[7] The MEPs have either chosen to purposely neglect the restorations of historic Greek, Armenian, and Assyrian sites in Turkey over years, or they are totally unaware of the work done in this regard. If the MEPs had acted in good faith or conducted research on this topic, they would have known that this article that they had written is not accurate. For example, Kartal Surp Nişan Armenian Orthodox Church is just one example of these churches that have been restored by the funds jointly provided by the district municipality and several non-governmental organizations.[8]

It seems that the favored trajectory of some MEPs is to work to harm not only Turkey’s EU accession bid, but to damage Turkey-EU relations in general. It seems that these MEPs are taking decisions based on historical and cultural biases rather than looking at the bigger picture. This latest move by the European Parliament could well harm the overall EU-Turkey relationship. The decision of the Parliament is distinctly different from a well-intentioned critical approach that seeks to advice Turkey and advance the relationship between Turkey and the EU. With such wording and additions, the Parliement's decision diminishes its own credibility and respectability.