THE IMAGE OF ISLAM IN THE WEST AND THE CONFERENCE IN ISTANBUL: “RETHINKING VIOLENT EXTREMISM IN THE MENA REGION”
Commentary No : 2016 / 23
Hazel ÇAĞAN ELBİR
20.04.2016
6 min read 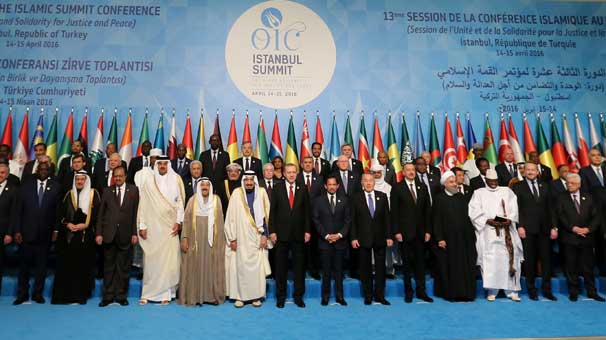 The Turkish Presidential Spokesperson, Ambassador, Ibrahim Kalın was the keynote speaker at the opening ceremony of the Conference. In his speech, H.E Kalın stressed that it was not possible to make a distinction between ‘a good terrorist organization and a bad one’ and stated that “the world must treat all terrorist groups; PYD, PKK, YPG, DAESH, Al-Qaeda and Boko Haram, in the same manner”[1].

The topic of discussion at the Conference was assessing the reasons behind the emergence of DAESH in the Middle East and the form it has taken today.  Member states also discussed the link between violence and the ideology that has given rise to DAESH, and scrutinized terms such as “foreign terrorist fighters” which has developed in parallel to DAESH.

The overall idea expressed at the Conference was the necessity to ‘de-link’ violent extremism from religion. It was stressed that the increased terrorist attacks perpetuated by ISIS were misread in the West, and that xenophobia (fear/hatred of foreigners), Islamophobia, panic, hate, and racism were on the rise.

Academic research reveals a tendency in which terrorist attacks and terrorism more broadly is explained as being a cause of religion, particularly Islam. In this sense, a link is established between Islam and terrorism[2]. The idea that Islam is against civilization is a widespread belief in the West. Islam is all the more associated with terrorism, particularly after 9/11, which is considered an act of global terrorism.

It is a known fact that the number of people who support terrorist groups is much less than the number of Muslims across the globe, as substantiated by statistical analysis. While there are 1.6 billion Muslims, there are 80-100 thousand DAESH members, 36 thousand Taliban members, and approximately 10 thousand Al-Qaeda members. Activities carried out by these terrorist groups have profound effect on the way Muslims are perceived.

The increasing number of terrorist attacks taking place across the globe and the recent attacks in Europe has exacerbated life in European countries, forcing everyone to be much more vigilant. Following the terrorist attacks in France, strict security measures have been taken across many European countries. In Belgium, for instance, schools were closed for a period of one week. A consequence of these terrorist attacks have been heightened fear amongst people in Europe, and growing hatred towards Muslim and other foreign communities. Radical imams in Europe have also had impact on the way Muslims are treated in these countries. In France, for instance, because there is no institution responsible for religious affairs, mosques are autonomous bodies. This situation poses a risk for Muslim communities in Europe, as radical imams take advantage of this gap by brainwashing the youth and causing divisions amongst the community.

It  understood that, finding meaning in life through acts of terror, believing that they will be rewarded in heaven by taking innocent lives, using terrorism as a way to express themselves and to solve identity crises are listed amongst the motivations for carrying out terrorist attacks.

The constant fear felt by people as a result of these terrorist attacks also complicates the lives of Muslim families who have settled in these countries. This situation also effects the lives of Syrian refugees, who have come to be seen as potential criminals. It was recently announced in the media, however, that the latest terrorist attacks were carried out by French or Belgian citizens, who were familiar with the neighbourhood in which the attacks took place[3].

Violence and terrorism are becoming all the more widespread with an increased number of unemployed and lost young adults taking part in terrorist activities in order to express themselves. This segment of the young population identify themselves as an outcast, and ‘dehumanise’ their potential victims, rather than seeing them as human beings. Similarly, they target anyone whose lifestyle does not comply with their own. In this sense, they are drawn to the version of Islam to which these terrorist groups adhere to. These young adults believe that dying for their cause will make them ‘martyrs’.

In this way, terrorism takes on a completely different form. The most commonly accepted definition of terrorism derives from the struggle for survival that exists between the weak and the strong. This unexpected violence breeds into instability within the economic, social and/or political spheres and gives rise to a constant state of fear and vigilance. For some analysts this state of ‘vigilance’ is insufficient. It is argued that measures taken, or planned to be taken, against ISIS, defined as an “apocalyptic cult”, could fuel further attacks[4].

Xenophobia (hatred against foreigners) against refugees in Europe reached its peak with Poland’s refusal to accept further refugees in November.  Another factor that has led to an increase in terrorist attacks and xenophobia in Europe is the unfavourable economic conditions.  The monetary policy pursued by European countries is a result of the debt crisis. This economic crisis, which the EU occasionally finds itself in, has sparked the rise of the far-right and consequently increased hatred and racism towards foreigners and particularly Muslims. Likewise, Jaroslaw Kaczynski's conservative and Eurosceptic Law and Justice Party won the latest elections in Poland[5].

The fact that Muslims are perceived as possible terrorists does not only negatively impact the lives of Muslims in Europe, but those in all corners of the world. For instance, a Turkish individual in the city of Cambrai in France was assaulted only because of their physical appearance.