THE SECOND DAY OF THE SECOND INTERNATIONAL SYMPOSIUM ON TURKISH-ARMENIAN RELATIONS AND GREAT POWERS ORGANIZED BY ATATÜRK UNIVERSITY IN ERZURUM
Commentary No : 2015 / 57
AVİM
06.05.2015
0 min read 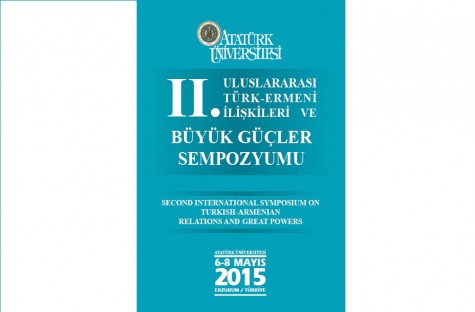 The Second International Symposium On Turkish-Armenian Relations and Great Powers organized by Atatürk University in Erzurum started yesterday. The first day of the symposium was completed following the opening speeches and eight panels, some of which were synchronous. A total of twelve panels will be held in the second day of the symposium.

In the second day of the symposium, in brief, the roots, history of the Armenian issue and the role of third countries, the resettlement of Armenians, Armenian terrorizm, the Armenian diaspora and its activites, the history and future of Turkey-Armenia and Azerbaijan-Armenia relations will be discussed.

AVIM Honorary President Ömer Engin Lütem will moderate a panel on the Armenian diaspora in Russia, the assassinations of Turkish diplomats in Santa Barbara in 1973, Esenboga Airport attack by Asala, international law and armed conflicts.

The symposium, held with the participation of more than one hundred domestic and foreign scholars, will end tomorrow, following five panels and an evaluation meeting.