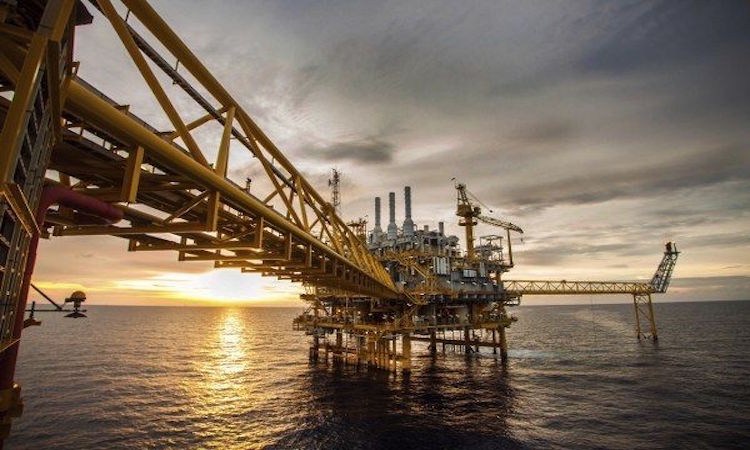 The need for energy and energy supply security continues to change the balances in resource-rich regions each passing day. The rich energy resources of the Middle East, the Caucasus and Asia, as well as the energy exploration efforts in the Eastern Mediterranean region, are increasing the strategic value of the region. Following the opening of the Trans Anatolian Pipeline (TANAP) last June, and the fact that the Caspian countries have reached an agreement 20 years later, the Trans Adriatic Pipeline (TAP) has increased its importance. With the completion of the TAP, the entire Southern Gas Corridor (SGC) will become operational. This line, which has the capacity to transport Caucasian and Asian energy to Europe, has the potential to transfer Eastern Mediterranean resources to Europe.

SGC is seen as an alternative to Europe's energy dependence on Russian gas in present conditions. The energy transferred from the Shah Deniz I and II fields of Azerbaijan is strengthening the geostrategic importance of Azerbaijan in the region. The successful completion of 2/3 of the project which is conducted jointly with Turkey increases the credibility of the both countries on energy supply security. In addition, the possibility of the Turkmen gas to be transported to Europe through the SGC is on the agenda.[1] But conflicts and disagreements, especially in the Eastern Mediterranean, show that there are significant challenges to this potential.

The Deadlock of Cyprus in Eastern Mediterranean 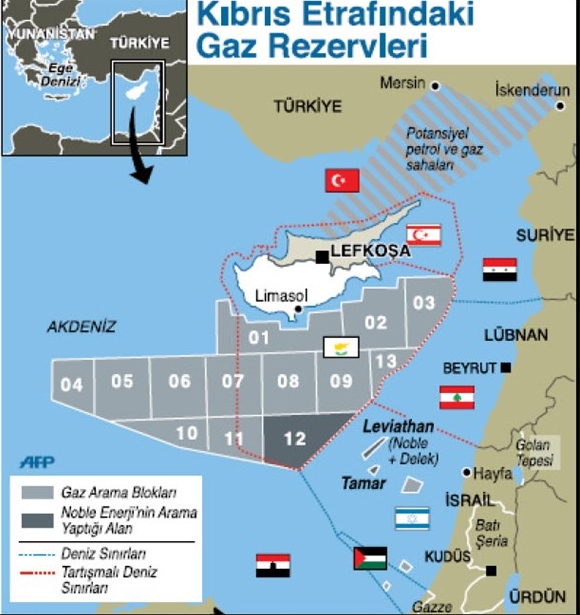 This attitude of the Greek Cypriot Administration ignores the rights of the Turkish Republic of Northern Cyprus (TRNC).[4] Despite all the warnings made from Ankara and North Nicosia, Greek Cypriot Administration has not changed its current position. This situation has added up to Ankara preventing the ENI, which had recently entered the Turkish territorial waters and wanted to do research in the 3. sector, with Turkish warships.[5] Therefore, the Eastern Mediterranean energy, which could constitute a major ground for compromise on the Cyprus issue, has become a deepening problem contrariwise.

Russia and the Eastern Mediterranean

Russia, which is one of the important actors in the region, wants to guarantee its presence in the Eastern Mediterranean. Russia has made some progress in its foreign policy due to the decreasing influence of USA and the EU in the region in recent years. It aims to maintain and even strengthen its commercial and strategic position by obtaining the right to speak on alternative routes to Russian gas. For this reason, Russia, which holds the energy sector on a large scale, is trying to strengthen its physical presence in the Eastern Mediterranean which can be an alternative to Russia in the coming years.

With this aim, Russia strengthens its relations with the countries in the region. Syria is the most important one because of their close relations. Russia is certainly interested in the Syrian crisis that broke out in 2011. The military base in the Tartus port is important for Russia which had intervened in Syria in 2015 with the Syrian government’s request for support. It will be able to preserve its right to speak in the Eastern Mediterranean by the means of its presence here. In fact, the wide-scale military drill carried out by Russia off Cyprus on 4 September displayed the Russian determination to preserve its presence in the Eastern Mediterranean. Russia gave multilateral notams for the first time and displayed its physical presence to the regional countries.[6]

On the other hand, it is being strived to develop relations with Egypt. The military-technical and military-political agreements signed strengthen the bilateral dialogue.[7] The abolition of the ban on flights to Egypt in January is another development that shows that relations between the two countries have made progress. In terms of Eastern Mediterranean energy, the improvements on the bilateral relations with Egypt will also facilitate the implementation of Russia's policies.

Despite all of these, there is a significant conflict of interest between Israel and Russia. And this situation negatively affects the Eastern Mediterranean strategy of Russia. The Russian energy company Novatek has set up a consortium for reserve exploration in Lebanon, together with ENI and Total. The fact that Russian companies have the right to drill from possible reserves will provide a significant advantage for Russia. However, it was announced by Israel that these practices would not allowed because of the continental shelf dispute between Israel and Lebanon.[8] This situation is an indicator of one of the important problems that may arise between Israel and Russia regarding the share to be obtained from the Eastern Mediterranean.

Possible Routes for the Transportation of Potential Resources

Finally, the question of where and how the potential resources in the Eastern Mediterranean will be transported to Europe plays an important role in the reconstruction of the balance in the region. On the one hand there is a debate that the Eastmed pipeline project planned in cooperation with Israel-Italy-Greek Cypriot Administration-Greece would transfer the possible resources to Europe, on the other hand there is a possibility to move the potential gas via Turkey through the SGC.

The Eastmed pipeline project was announced to the public on January 2017 with the participation of the Cyprus, Italy, Greece and Israel energy ministers. According to the project, the pipeline starting from Israel's Leviathan site passes through the Aphrodite field of the Greek Cypriot Administration and reaches the island of Cyprus. The line which is planned to be connected to the island of Crete with a 700 km pipeline runs from there to Italy via Greece. The materializing of this project, which costs an average of $ 6 billion, is considered to be essential for the prosperity of the island by the Greek Cypriot Administration.[9] When the project is examined, it seems likely that the cost of the long pipelines that will be passed through the seabed will exceed $ 6 billion. According to experts, the possibility of the implementation of this line is not very high due to its length and cost.[10]

The Possible Route for the Eastmed Pipeline (Chrysochou, 2015)

A second alternative; connecting the Israel gas to TANAP and transporting it to Europe through the SGC Turkey which is already mostly complete Israel seems to be a more viable option. However, this option does not look like it can be actualized because of the political reasons such as the tension between Turkey and Israel, and the uncompromising attitude of the Greek Cypriot Administration.

As a result, the Eastern Mediterranean energy, which constitutes a great opportunity for increasing regional prosperity and cooperation, cannot serve this purpose in the current situation. The dynamics of bilateral and multilateral relations in the region have an impact which causes deepening of the problems. The Syrian Crisis in the region is one of the biggest examples of this situation. The attitude of the Greek Cypriot Administration is adding a new obstacle to the fair resolution of the Cyprus issue. Therefore, the new situation in the Eastern Mediterranean should be closely monitored in order to prevent any loss of rights.