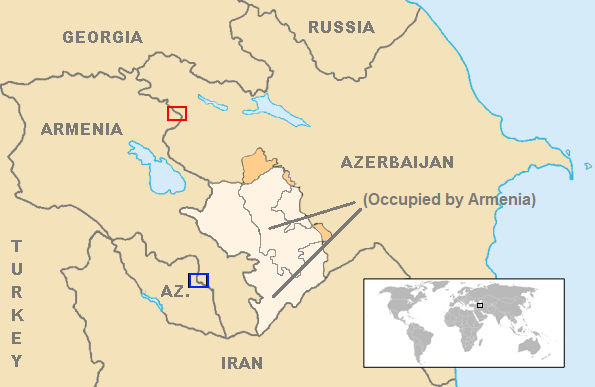 June of 2020 was a month in which the relative tranquility between Azerbaijan and Armenia since 2016 ended. Nikol Pashinyan, who came to power after the 2018 April Revolution, taking his policies against Azerbaijan to a further level with populist concerns also formed the groundwork for the occurring conflicts.

As it will be remembered, Pashinyan gave signals during his first days in power that a more reconciliatory approach would be adopted regarding Nagorno-Karabakh. However, after a very short period of time, he shifted his discourse to a base close to the traditional foreign policy line due to the negative reactions he received from the opposition and the Armenian electorate. Especially after the political conflict he declared against Robert Kocharyan, who is among the symbolic names regarding the Karabakh issue, there was a possibility that any wrong step taken in relation to the Karabakh issue could lead to him lose power. First he sent his son Ashot Pashinyan to serve in Nagorno-Karabakh in order to gain the support of the Nationalist Armenians.[1] This move of Pashinyan was met with appreciation in Armenia. Afterwards, he began to make minor changes in his discourse. Through giving the impression that he was maintaining his reconciliatory attitude, he formed a discourse directed towards leading the so-called Nagorno-Karabakh administration to sit at the negotiation table. He repeated his statements in many national and international platforms, even the UN General Assembly, expressing that he was not chosen by the people of Karabakh, and thus, he does not have the authority to decide in the name of Nagorno-Karabakh. Therefore, he was claiming that, as Armenia, they will not speak in the name of Karabakh and that the Nagorno-Karabakh administration must represent itself.

During that period, many warnings were made by Azerbaijan and Turkey that this attitude of Armenia would have negative impacts on the peace process. However, this attitude of Armenia, which is harming the current status of the OSCE Minsk group, did not receive a reaction with the necessary strictness. With the courage gained from this situation, Pashinyan increasingly carry his discourse too far day by day.

On 5 August 2019, attending the Pan-Armenian games in the occupied Hankendi city of Nagorno-Karabakh, Pashinyan stated “Nagorno-Karabakh is Armenia, period[2]”, igniting the first spark for the future conflicts. In addition to the efforts to damage the current format, in a way he declared with this statement of his that he will maintain the occupation of Nagorno-Karabakh and that no negotiation will change this situation. In response to this statement of Pashinyan, İlham Aliyev made the statement “Karabakh is Azerbaijan, exclamation mark[3]” in front of Vladimir Putin during the Valdai Club meeting.

The tension that started with punctuation marks was followed by the Pashinyan-Aliyev panel discussion during the Munich Security Conference held in February. Tension was quite high here as well. It was revealed once again that Pashinyan’s attitude regarding the Karabakh subject is not at all reconciliatory[4]. Criticism was directed at Pashinyan within the country on him not defending the “national cause” well enough. After this point, harsher statements began to be made by the Ministry of Defense of Armenia. Especially the borders being closed during the pandemic period and the attention shifting towards other matters, subsequently Pashinyan entering a very difficult situation in internal politics paved the way for this long standing tension between Azerbaijan and Armenia to turn into an armed conflict.

On 6 July, Aliyev’s concerns regarding the Minsk Group and its format’s functioning were published in the press. It was emphasized that the Minsk group could not give the necessary response to Armenia’s provocations and proactive policies. Aliyev implied that this situation encourages the non-reconciliatory attitude of Armenia and obstructs the peace talks[5]. The conflicts that started on 12 July showed that Aliyev had justifiable points in his criticism.

Today, in an atmosphere where the tension between the two countries is increasing due to the current issues, these conflicts taking place is not a surprising development. Hence when one examines the expenses that both countries have made in the defense sector, a critical proportional increase is seen. The margin of Armenia’s budget spent towards defense expenditures since 2018 increasing from 17% to 25% signifies the change in Armenia’s policy[6]. It is seen that Azerbaijan’s defense budget for 2020 increased by approximately 21% in comparisons to previous years[7]. This increase by itself indicates how much the threat perception of Azerbaijan has increased in 2020. Therefore, such tension occurring between the two countries is not surprising for the experts who are familiar with the region.

The Regional Dimension Of The Conflict

The conflicts occurring today in Armenia’s Tavush, Azerbaijan’s Tovuz region and sporadically in the Nakhchivan region indicates that there are several other aspects that are worthy of notice. Firstly, the Tovuz region stands out as a location far from the Nagorno-Karabakh region where the current conflict is present and has a very important status regarding the regional cooperation between Azerbaijan-Turkey and Georgia. It is seen that the Baku-Tbilisi-Erzurum natural gas pipeline, the Baku-Tbilisi-Ceyhan petroleum pipeline, a part of the Southern Gas Corridor, as well as the Baku-Tbilisi-Kars railroad pass through this region. The attacks that Armenia initiated on 12 July intensifying in this region, in a sense, reveals the threat that Armenia poses to the regional cooperation. For this reason, the support that Turkey has given to Azerbaijan from the start, in spite of the efforts of Armenia to present it differently, is actually based on the regional stability not being disrupted. Additionally, as these attacks will bring harm to Turkey’s investments, they concern Turkey deeply.

On the other hand, it is a fact that Turkey will not remain silent against an infringement on Azerbaijan’s territorial integrity. Thus, on 16 March, the Grand National Assembly of Turkey published a joint declaration regarding this subject and emphasized that Azerbaijan and international law must be respected[8].

The Defense Ministers of Turkey, Azerbaijan and the Nakhchivan Autonomous region gathering and conducting a meeting shortly after the start of the conflicts also displays the importance Turkey attaches to these events[9]. At this point, Nakhchivan’s attendance is also striking, because a part of the conflicts occurred at the Nakhchivan border. At this point, one must remember that Armenia occupied the Zengezur region adding it to its territory in 1920. The Zengezur corridor becoming a part of Armenia caused the land connection between Azerbaijan and Nakhchivan to break off. Despite that efforts were made for a long time to also include Nakhchivan into Armenia, no results were obtained. However, Armenia’s expansionist aims towards Nakhchivan have still not ended.

For instance, in the annual congress of the Armenian Revolutionary Federation (ARF), under the title of aims for 2020-2021, the subject of invalidating the 1921 Treaty of Moscow and Nakhchivan were present. As is known, the 1921 Treaty of Moscow is the first international treaty which contained an article regarding the establishment of the Nakhchivan autonomous region.

While this text of aims of the ARF does not constitute an official state document, it is understood that the Pashinyan government and the Armenian state also have similar goals regarding the subject of Nakhchivan. Hence, on 2019 December the Foreign Ministry of Armenia published a text with the title of the hundredth year of the so-called Armenian genocide in Nakhchivan. The text dwelled on the emphasis of Nakhchivan being historical Armenian land. In fact, the same emphasis was expressed by Pashinyan during the panel discussion that he attended with Aliyev at the Munich Conference[10]. When observed from this framework, it comes to mind that the attacks organized by Armenia in Nakhchivan are not ordinary ceasefire violations.

Following the start of the conflict, many countries such as the United States, Russia, Germany, France, Iran and Japan and many international organizations such as the UN, EU, NATO, CSTO and the Turkic Council called for the armed clashes to cease. Among these calls, certainly the attitude of the US, Russia and France have special importance as they are the co-chairs of the Minsk group. However, it is seen that these three countries did not take a clear stance against the conflict and settled with calling the parties to restraint. It is even seen that France is simply declaring its support for Armenia. As the possibilities for the reasons behind this situation will be explained in the second part of this article series, here it is necessary to only make the following valid observation: The OSCE Minsk group co-chairs taking a biased stance for the sake of their own interests constitutes the largest obstruction to the path of obtaining true peace.

When one observes this situation in terms of the points evaluated so far, it can be said that the armed clashes occurring between Armenia and Azerbaijan today were to be expected. However, the severity of the tension between Azerbaijan and Armenia needs to be understood well. Because the tension between the two countries has the potential to turn into a graver hot conflict not only in the Nagorno-Karabakh region but in many locations along the Azerbaijan-Armenia borderline. This situation also threatens the regional cooperation and security of Turkey and Georgia. The possibility of Armenia’s attitude towards its neighbours transforming into a wider conflict at any moment, creates the risk of new instabilities. Moreover, the claims that Pashinyan carried out such an act with populist concerns such as getting out of the difficult situation he faced in the domestic politics, like the Covid-19 pandemic and the Constitutional Court crisis[11], appear to be true. The international atmosphere being suitable for lighting the fuse of the conflict in question plays an important role in causing the said armed clashes.