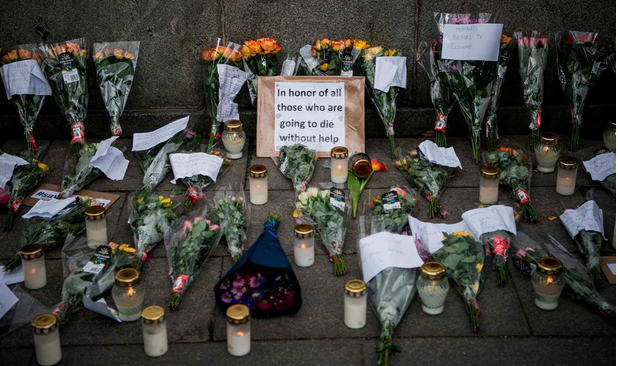 One of the practices used by countries against the novel coronavirus (SARS-CoV-2) pandemic is referred to as “herd immunity”. Herd immunity is an epidemiological concept that describes the state where a sufficient percentage of a population is immune to a pathogen so that the its infection will not be able spread within that population. In other words, when enough people are resilient to the disease caused by the pathogen -either through vaccination or natural immunity- other people who are vulnerable end up being protected [1].

Despite the dramatic rise in the number of COVID-19-related deaths (caused by novel coronavirus infection) around the world, governments of several countries affected by the pandemic were reluctant to put into practice suppression measures such as lockdowns. In some countries like the UK, the Prime Minister and his scientific advisers initially openly proposed the “herd immunity” practice. However, they backed down from this proposal after the deadly spread of the virus[2]. Unlike the UK, there is one country in Europe that follows the practice of “herd immunity” in the fight against coronavirus in a planned, persistent manner: Sweden.

The novel coronavirus has also spread in Sweden. According to latest figures of John Hopkins University Coronavirus Research Center, as of 27 April 2020, there are 18,640 coronavirus cases in Sweden which caused death of 2,194 people[3]. As per the international press report, while cases continue to grow, the country has taken the surprising route of not imposing a nationwide lockdown. Despite international derision over the decision, the scientist behind Sweden's coronavirus strategy claims the controversial move has been effective as the increased number of people exposed to the virus will hopefully help prevent a second wave of infections. The chief state epidemiologist at Sweden's public health agency, Anders Tegnell, stated that the decision to not issue a lockdown worked in some aspects because Swedish health system has been able to cope with the outbreak[4]. According to its website, the Public Health Agency of Sweden has a national responsibility for public health issues and works to ensure good public health. The agency works to ensure that the population is protected against communicable diseases and other health threats. The Agency’s vision statement is “a public health that strengthens the positive development of society” [5].

According to some scholars, as far as the herd immunity approach is concerned, “It is hard not to read eugenic implications in this kind of thinking: the ‘herd’ will survive, but for that to happen, other ‘weaker’ members of society need to be sacrificed” [6].

In its simplistic explanation, the aim of eugenics is to improve the genetic quality of a human population. For this improvement to occur, people and groups judged to be inferior can be excluded or sacrificed for those who are judged superior and strong enough to survive. Sir Francis Galton, a pioneer of eugenics who coined the term, explained the aim of eugenics in July 1904 as “to bring as many influences as can be reasonably employed, to cause the useful classes in the community to contribute more than their proportion to the next generation”[7].

As we explained in our AVİM analysis two years ago entitled “Century Old ‘White Supremacism’ and the Far-Right’s Rise in Sweden: A Credible Challenge to Progressive Values and Policies”, the Scandinavian eugenics movement peaked before the First World War and turned into practice in the 1930s and 1940s[8]. In that period, Sweden was the only country with a national eugenics society and used sterilization policies between 1934 and 1976. The first Swedish law on sterilization came into force in 1935 and was expanded in 1941. Sterilization without the consent of the patient was permitted. For example, the mentally impaired were sterilized on a large scale up to the early 1950s. This process aimed to purify the Swedish “stock”, “freeing it” from the transmission of genetic material which would produce, in future generations, such individuals who are “undesirable” among a sound and healthy people. In 1997, a Swedish government commission was set up to investigate sterilization practices between 1935 and 1975. The commission determined in a report that up to 63,000 people were sterilized with state approval to improve Swedish "racial purity" as part of a policy of “ethnic hygiene”[9]. This led to a parliamentary decision in 1999 to give restitution to persons who had been subjected to compulsory sterilization[10].

It is reported in the international press that Sweden's current strategy to fight with the spread of the coronavirus, for the time being, is widely backed by the public[11]. Time will show whether this strategy, which is followed at the expense of vulnerable people (especially the elderly), is worth following.[12] Even if this strategy serves the purpose of Sweden now, it will likely be subject to serious criticisms in the future on the grounds of ethics like the country’s past eugenics practices.

[9] Stephen Bates, “Sweden Pays for Grim Past. Up to 63,000 People, Mostly Women, Were Sterilized under a Racial Purity Programme Approved by the State until 1976. After Years of Evasion, Stockholm Is Finally Offering the Victims Compensation.,” The Guardian, March 6, 1999, https://www.theguardian.com/world/1999/mar/06/stephenbates.