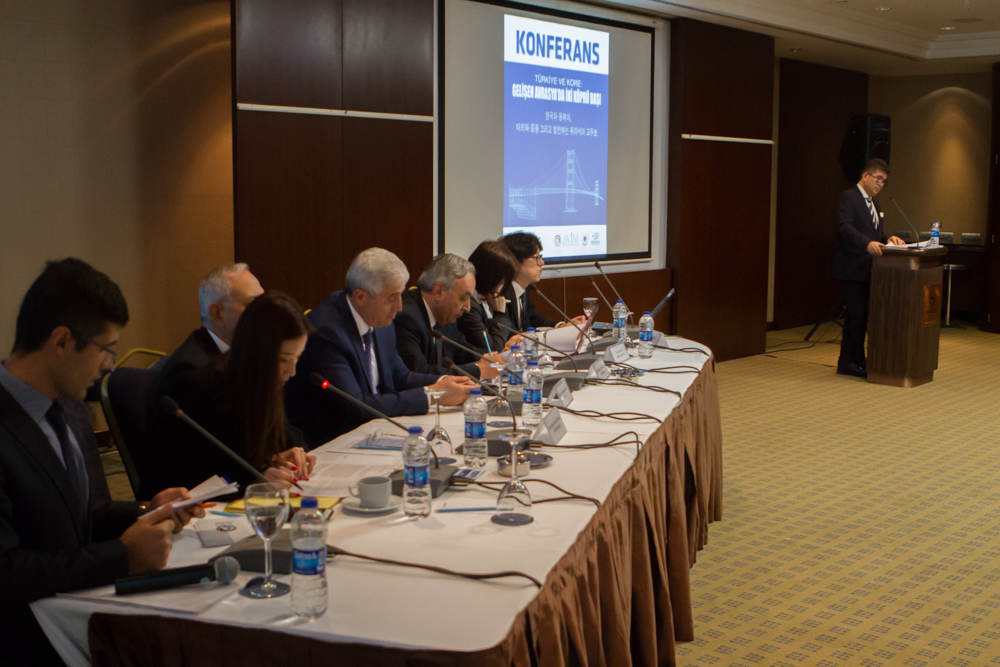 In the first session of the conference, opening remarks of which was made by Amb. Ersin Erçin (who was recently appointed as the Ambassador of Turkey to the Republic of Korea) and Amb. Yunsoo Cho (Ambassador Republic of Korea to Turkey), recent developments in Eurasia, security issues in Northeast Asia, and North Korea’s nuclear attempts were discussed. In the second session, developments in Central Asia, Caucasus and Middle East were elaborated and the Turkey’sand Republic of Korea’s approaches to these developments were evaluated.

The program of the conference was as follows:

Yunsoo CHO (Ambassador of the Republic of Korea Kore to Turkey)

TaeEun MIN (KINU, Researcher) ‘The security Landscape in Northeast Asia and the Integration of the Korean Peninsula’

Oytun ORHAN (ORSAM, Analyst) ‘Turkey’s Perspective on Middle East in the Light of the Recent Developments in Iraq and Syria’