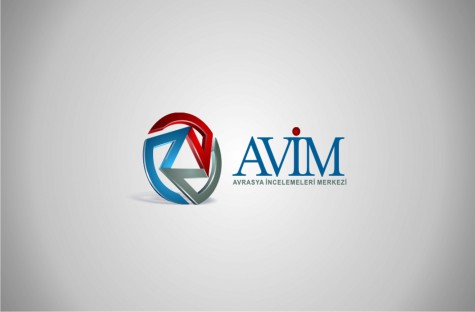 The news about the downing of a Russian warplane by Turkey near the Turkish-Syrian border fell like a bomb on the global political agenda. Statements from top government officials of Turkey, Russia, and third countries came like beads on a string. While Turkish officials tried to wind down the tension and the U.N. and NATO made conciliatory declarations, enraged statements came from the Russian side. Political analysts exploring the incident from different angles appear on different media organs and heated debates go on in social media. Obscurity feeds anxiety and everybody asks ‘what is next?’ The answer is yet to be seen. Nonetheless, it appears that the downing of the Russian warplane will have consequences not only in the Turkish-Russian bilateral relations, but also in the region.

Immediately after the incident, Russia declared that it suspended military communication with Turkey. Russian Prime Minister Dmitri Medvedev stated that major Turkish-Russian economic projects might be cancelled. He threatened Turkish companies to outlaw their operations in Russia. Correspondingly, Russia announced that it would halt the import of white meat from Turkey by Dec. 1. Meanwhile, some Russiantour operators canceled reservations at Turkish holiday resorts. It seems that economic sanctions, which Russia frequently utilizes when conflicts erupt with other countries, will be Russia’s main counter measure. Given that Russia is one of the top trade partners of Turkey, Russian economic sanctions may very well hurt Turkey.

Notably, Russian reaction has not been limited with economy-related threats. Moscow announced that one of the biggest air defense ships of the Russian navy will be deployed at the junction of Turkish and Syrian territorial waters. As the reports on the vandalizing of the Turkish embassy in Moscow by angry Russians and protests in otherRussian cities confirm that the incident has agitated the Russian society as well, and Moscow’s retaliatory rhetoric and measures have the support of some sections ofRussian society.

In this tense political atmosphere, on Russiya-1 TV channel, Vladimir Zhirinovsky, the former Russian Duma vice speaker and the leader of the Liberal Democratic Party ofRussia (LDPR), who is known as the “insane clown prince” of the Russian politics, said, “Armenians hate Turks and if we allow them to liberate their western territories, they will do it with pleasure.”  He added that “Kurds are also waiting for our help. If we tell them that we recognize their independence, Eastern Anatolia will cease to exist as such. As you know there are already million Kurds and their capital is already known; it is Diyarbakir. As the result, we shall have independent Kurdistan and Great Armenia.” On the other hand, the leader of the Fair Russia Party,Sergey Mironov, submitted a bill “on responsibility for failure to acknowledge genocide of Armenians by Turkey in 1915.”

Every cloud has a silver lining. Obviously, the downing of the Russian warplane may have detrimental consequences for Turkey, Russia, the Eurasian region, and the Middle East. Still, if we force ourselves to see the full side of the glass, Zhirinovsky’s statement and Mironov’s bill help to understand the nature of another complication that Turkey faces: namely, the campaign for the recognition of the 1915 events as genocide and recent attempts to criminalize the rejection of such characterization.

Evidently, neither Zhirinovsky’s statement nor Mironov’s attempt is a temporal coincidence, nor are their motivations related to justice, morality or anything else. Manifestly, these two politicians seek to punish Turkey by utilizing the “Armenian card” and the “genocide issue.”

This is not the first time that the “Armenian card” and the “genocide issue” have been used against Turkey. When the Turkish-Israeli long-time good relations deteriorated following the “2008-2009 Gaza War” and Israeli commandos’ raid on a Gaza-bound flotilla in 2010 (the Mavi Marmara incident), Israeli politicians began talking about the “recognition of the Armenian genocide” and discussions were held in the Knesset in 2011. It is also worth mentioning that it is mostly the parliaments of the countries that oppose Turkey’s accession to the EU that discuss resolutions on the 1915 events.

These facts demonstrate that today the “genocide issue” is neither a matter of historical debate nor a question of justice. It is a handy political instrument to blackmail Turkey either to force her for certain concessions or to punish her.

*Turgut Kerem Tuncel is a researcher at the Center for Eurasian Studies (AVİM) in Ankara.

For the original article see http://www.hurriyetdailynews.com/russia-using-the-armenian-card-.aspx?pageID=449&nID=91789&NewsCatID=396