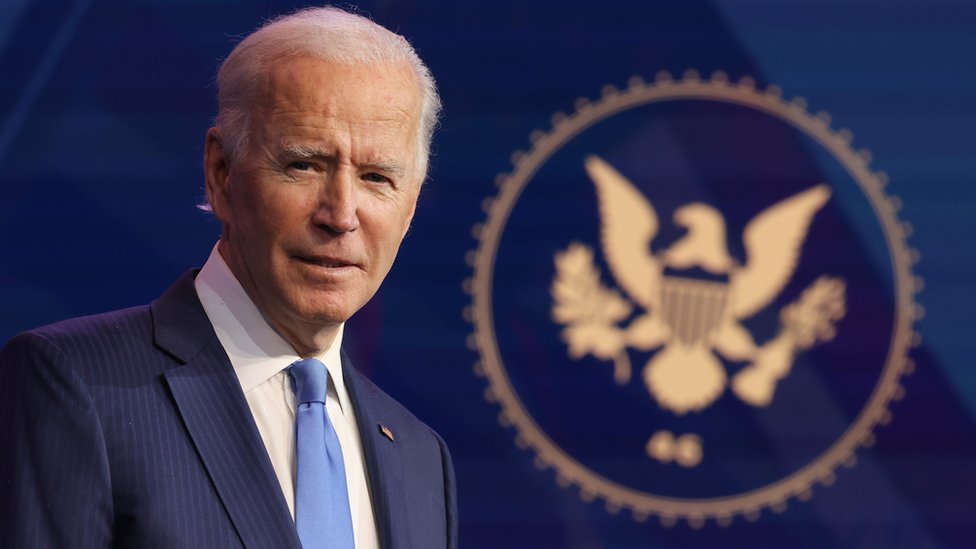 The words uttered by Presidents of the United States every 24 April are among the most important subjects in Turkish-US relations. This year’s 24 April is as important as the others. In fact, this year, the subject has become even more critical with the Armenian National Committee of America-Western Region’s (ANCA-WR) announcement that California Governor Gavin Newsom will not appeal to reject the parole of terrorist Hampig Sassounian, the murderer of the Consul General of the Republic of Turkey in Los Angeles Kemal Arıkan[1]. Despite that California Governor Gavin Newsom had 60 days to appeal beginning from 24 February 2021, it is understood that he made a hasty decision due to the political pressure from the pro-Armenian actors, which is something that has also reflected on to the US Congress.

Following this statement, the pre-determined trial date of 2 July 2021 has lost its validity, and the terrorist Sassounian might be released in forty-five days. It is not unlikely that his release date will coincide with 24 April. This can be expected from a mindset that led to the adoption of a resolution against Turkey at the US Congress on 29 October.

There are many valid reasons for Sassounian not to be released. These reasons are also valid when the Turkish martyr is thought of not as a diplomat of the Republic of Turkey but as a human being. There is a significant difference between simply shooting a person and murdering a person in cold blood. Sassounian’s atrocious assassination, and his words expressing that he does not feel any remorse for this and that he would do it again if he could, are valid reasons for him to not be released. In addition to these, there are also legal justifications.

Turkish-American National Steering Committee (TASC) Co-Chair Attorney Günay Evinch has emphasized that the US judiciary has become politicized and added that the Governor presenting any reason for the continuation of the conviction would have been sufficient for rejecting parole. In such a case, no one would be able to object to the Governor’s statements. The Governor’s statement is essential, even if it is controversial. In this case, there is no controversial statement and Governor Newsom presented the San Quentin State Prison’s report on mental health as a justification document to the court. According to the report, the release of the murderer Sassounian will pose a threat to public security. However, it appears that the judge has disregarded such an important piece of evidence.

In his statement, US Attorney Günay Evinch highlighted that US Secretary of State Anthony Blinken, who expressed that he deeply regrets the Sassounian decision, stated that there is another way to prevent Sassounian’s release. Günay Evinch indicated that there is a possibility for Sassounian to be arrested once again right after the implementation of the release decision. Moreover, Evinch drew attention to Clause 1116 of Article 18 of the US Criminal Code[2]. According to this article, it is a crime to murder a diplomat and the punishment of this crime is a life sentence. This article is being disregarded. TASC Co-Chair Evinch has expressed that Kemal Arıkan’s family as well as the Republic of Turkey have struggled since 2013 in acquiring information on the release hearings. In fact, he has explained that the seventh hearing in 2019 was learned about only two weeks prior to the hearing. It is clear that this stance was displayed in order to pave the way for the prisoner’s release.

One of US Secretary of State Blinken’s statements is that terrorists who murder US diplomats have received life sentences. He not only expressed that these countries must not release these convicted terrorists but voiced that they would otherwise be sanctioned in case of a release. France and Greece are two countries for which this situation applies. There are convicts who have murdered US diplomats in both countries.

Last year, the Armenian Foreign Minister stated that the recognition and condemnation of the so-called Armenian genocide is the united work of several generations and all Armenians. He expressed that after 105 years the Armenian people continue to fight for the restoration of justice[3]. Although we do not generalize for the entirety of the Armenian people, the hostile stance of the Armenian Diaspora under the Dashnaksutyun’s (Armenian Revolutionary Federation-ARF) influence is striking regarding this subject. It is known that the murderer Sassounian is seen as a hero by the ANCA-WR, which is under the guidance of the Dashnaksutyun, which is itself a supporter of terrorist organizations.

The US, which threatens countries where convicts who have murdered US diplomats are being held, is disregarding its own law and displaying an eagerness to release an international terrorist despite the presence of valid evidence regarding this subject. This signifies that the “war on terror” discourse amounts to empty words. The US jurists and high-ranking politicians need to remember that they must be heedful of their own domestic practices while they give messages of democracy, law, and justice to the world. To make such a decision with regards to ending the conviction, when all the evidence and justification are in favor of the Arıkan family and the Republic of Turkey, would mean to marginalize Turkey and to overlook the unlawfulness of the relevant Armenian actors and thus disregard justice.

Especially in this period when the tensions between the US and Russia are on the rise, it is not possible to understand why the US is still defending Armenia, which is a Collective Security Treaty Organization (CSTO) member, against a NATO ally. The US’s support for organizations which openly engage in terror activities in the south of Turkey, in addition to the Sassounian decision, leads to the conviction in public opinion that there is a hostile sentiment against Turkey in US politics. Considering these developments, if the US President’s statement, which has become customary to be done on April 24, is to be one-sided and pro-Armenian as they have been until today, dark and difficult days will unfortunately be awaiting Turkish-US relations.