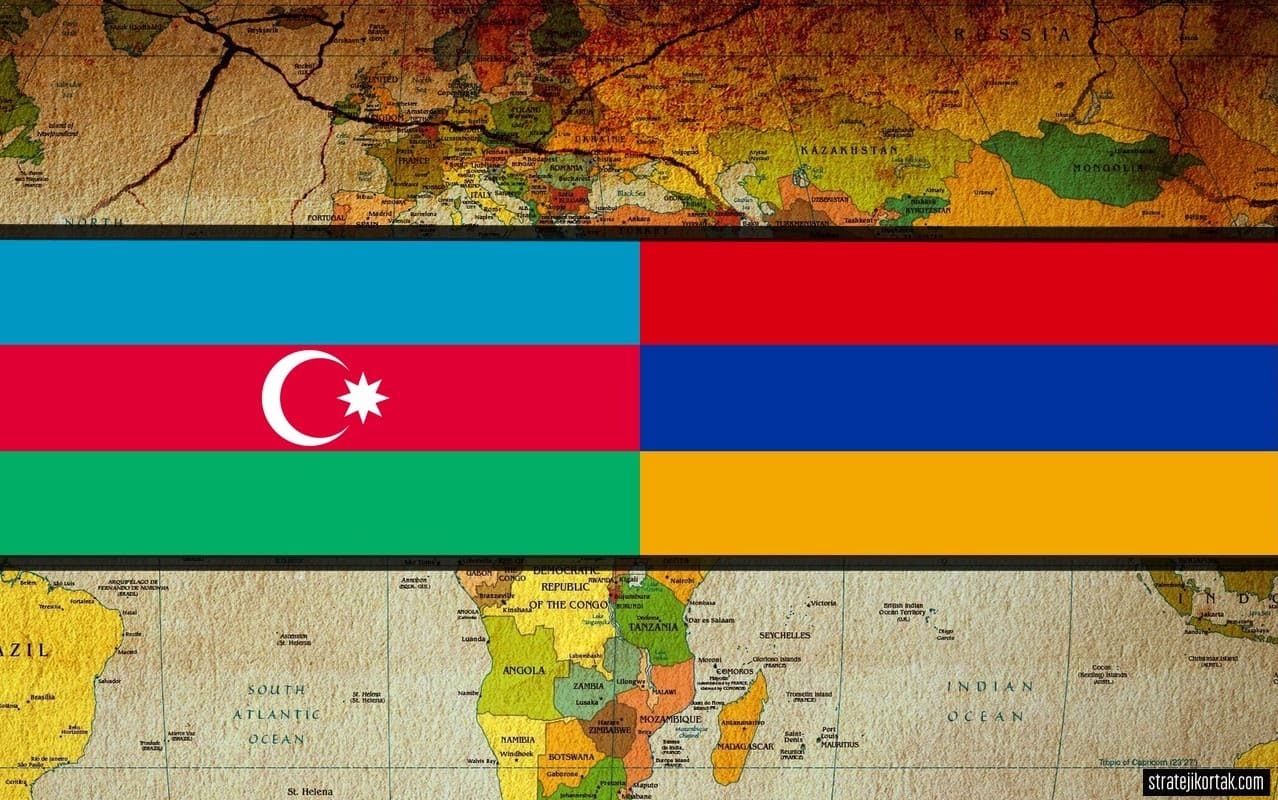 We previously mentioned the conjuncture behind the skirmishes that started last week and Armenia's motivation to initiate the conflict. Aside from the driving force of the conflict from the viewpoint of Armenia, there are many commentaries that there might be more than meets the eye regarding the skirmishes due to the location of the region and the current international environment. Likewise, considering the reactions from the international arena following the beginning of the skirmishes, it is seen that many countries such as the United States, Russia, Germany, France, Iran and Japan and many international organizations such as the UN, EU, NATO, CSTO and the Turkic Council have called for an end.

Yet, the reactions of the U.S, Russia, and France, as the co-chairs of the Minsk group, naturally come to the forefront.

First of all, not surprisingly, Russia was the first country to respond to the conflicts. Especially after the loss of confidence in the Minsk Group, comments on Russia’s potential for leadership among the Minsk co-chairs were made in the Russian press.[1] Another point that grabbed attention was the fact that Russia, who stated that it could be a mediator for the conflicts, initiated military exercises in the region. Although it was reported that these exercises had nothing to do with the current conflict, they were considered to be suggestive by many experts in terms of their timing.

Behind these comments, there are claims that the tension between Russia and Turkey, arising from the current dispute areas such as Libya, Syria, or the Eastern Mediterranean, has affected the Azerbaijani-Armenian conflict.[2] Moreover, in the case of the Caucasus region, based on the past relations of Armenia and Russia, evaluations are made that Russia might have triggered the conflicts.[3] However, contrary to the usual, it is seen that Russia's relations with Armenia after the April Revolution did not continue as they were before. Especially Armenia's new relations with the West have caused Russia to feel anxious in the Caucasus.

From that point, it is possible to think that views stating that all of these skirmishes might be the result of a polarization between NATO and Russia are taking precedence. As a matter of fact, although Russia announced in June that this year's military exercises will not be carried out on a large scale in the regions neighboring NATO countries, President of Russia Vladimir Putin's order to hold a very large-scale military exercise on July 17 can be considered within this framework. Simultaneously, NATO is conducting the Sea Breeze exercise in the Black Sea. Therefore, Russia's exercise in Armenia is only part of a message against NATO's exercise.

Of course, this exercise also has a dimension on Armenia. The deterioration in the bilateral relations requires Russia to remind Armenia that it is the most important partner, especially regarding the protection of its borders. For this reason, the exercise sends a message to the Pashinyan government, emphasizing the importance of Russia's military cooperation in Armenia.

Another country that has reacted to the conflict, the US, has different expectations from the conflict in the region outside of the NATO framework. Especially the opening up of the gap between Russia and Armenia through this conflict has the potential to create an opportunity for the US to increase its own influence in the region. On the other hand, further straining the relations between Turkey and Russia through creating a new area of conflict could be a situation that the US may want. Thus, the US does not seem to have enough motivation to definitively put an end to the conflict. Hence, as the co-chair of the Minsk group, the US was content with merely calling for an immediate cessation of the conflicts.

It is seen that France, whose influence in Armenia has increased after Nikol Pashinyan came to power, made a statement on July 15, two days after the skirmishes started, and called the parties to exercise restraint. However, the French Parliament, including President Emmanuel Macron's party, has asked Azerbaijan to end its attacks on Armenia.[4] This text clearly shows that France has sided with Armenia as a co-chair. In terms of the Minsk format, this stance of France points to an extremely dangerous situation. The loss of neutrality of the co-chairs to the conflicts has effects that may result in the loss of neutrality in the Minsk process.

Regarding the attitude of France, attention is being focused on the possibility of the aim of drawing Turkey's attention elsewhere in order to reduce its presence in Libya. On the other hand, as mentioned before, it is known that France established very close relations with Armenia after the April Revolution. It is understood that, France, as the first Western country to intervene in the mediation in the region after the Ossetian war, has increased its influence in the Caucasus and will continue to stand behind Armenia’s violations of international law to secure this.

The Armenian-Azerbaijani conflict stands before us in a much more complicated state than it seems, given the current international environment. It is once again seen that the possibility of frozen conflict zones turning into hot conflict at any time when the right conditions occur is not far at all. However, the endangerment of the Minsk format by competing countries such as the US, Russia, and France for the sake of their own interests raises concerns about the sustainability of the international peace environment.